This past Tuesday I 3D printed for the very first time! As the semester draws to a close, I realize that I need to utilize the awesome tools available to me, and decided to 3D print a birthday gift for my roommate Tanya, an avid turtle fan. Luckily, there are some amazing models shared online, and I found the perfect turtle keychain to make.

What I thought would be a quick-ish endeavor turned into a three-hour undertaking when I learned that 3D printing can be a finicky beast, indeed. 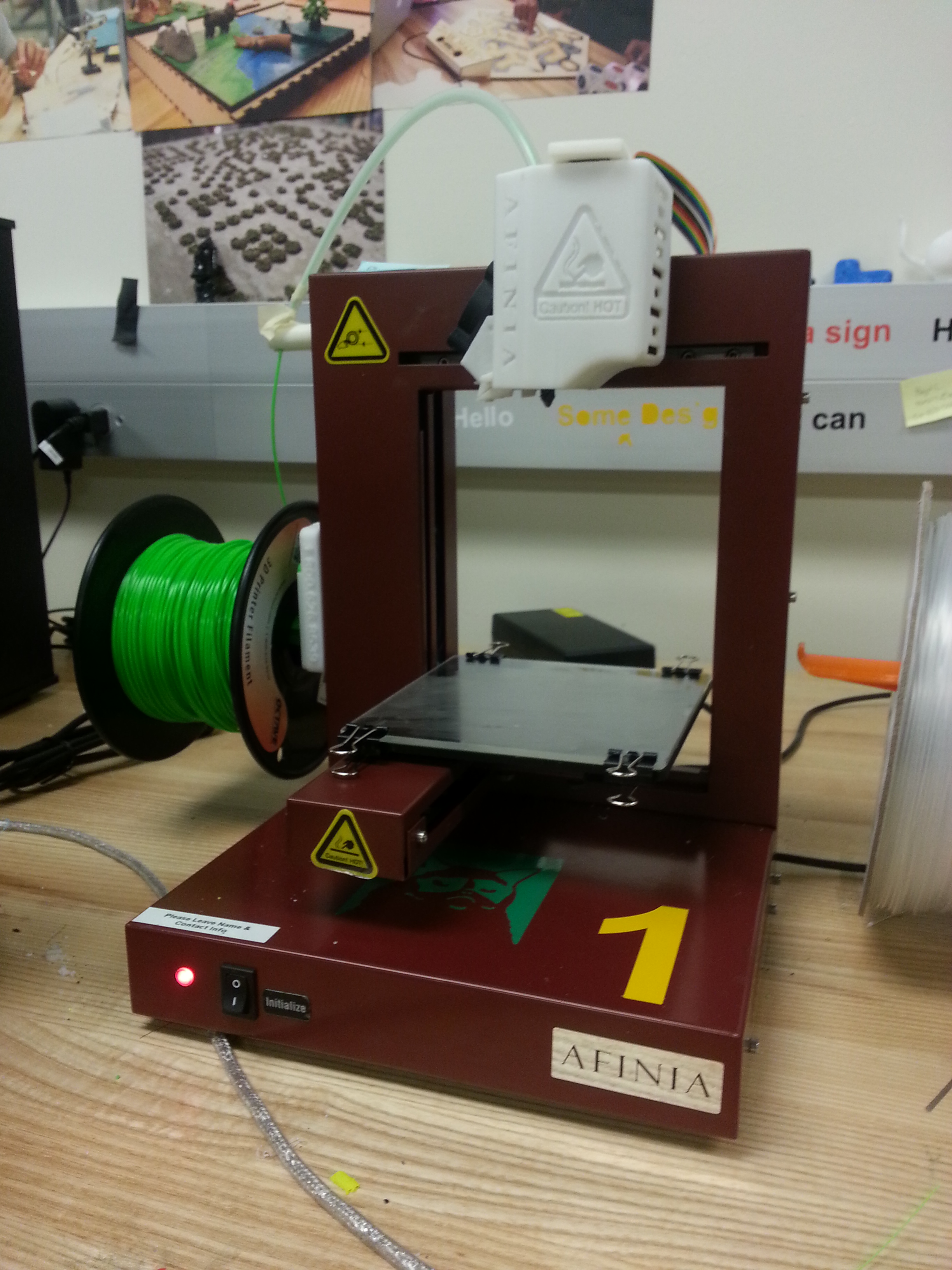 Yes, that is Grumpy Cat’s face hiding on the base of the printer

Even though I went to lab safety training at the beginning of the semester, I forgot almost everything, and so the wonderful lab managers helped me set up the machine, which involved switching out the color of plastic, leveling the platform to print on, deciding on the perfect nozzle height, and choosing how fine-grained the print should be. All of this happens while warming the nozzle, heating the plate, and dealing with a lot of patience.

Leveling is extremely important because if the base isn’t level or the nozzle’s height isn’t exact, the plastic won’t stick well. It may even peel off of the plate and not print correctly.

Another trick I learned is that when printing on a glass plate, swipe a glue stick across the surface for the plastic to hold better. 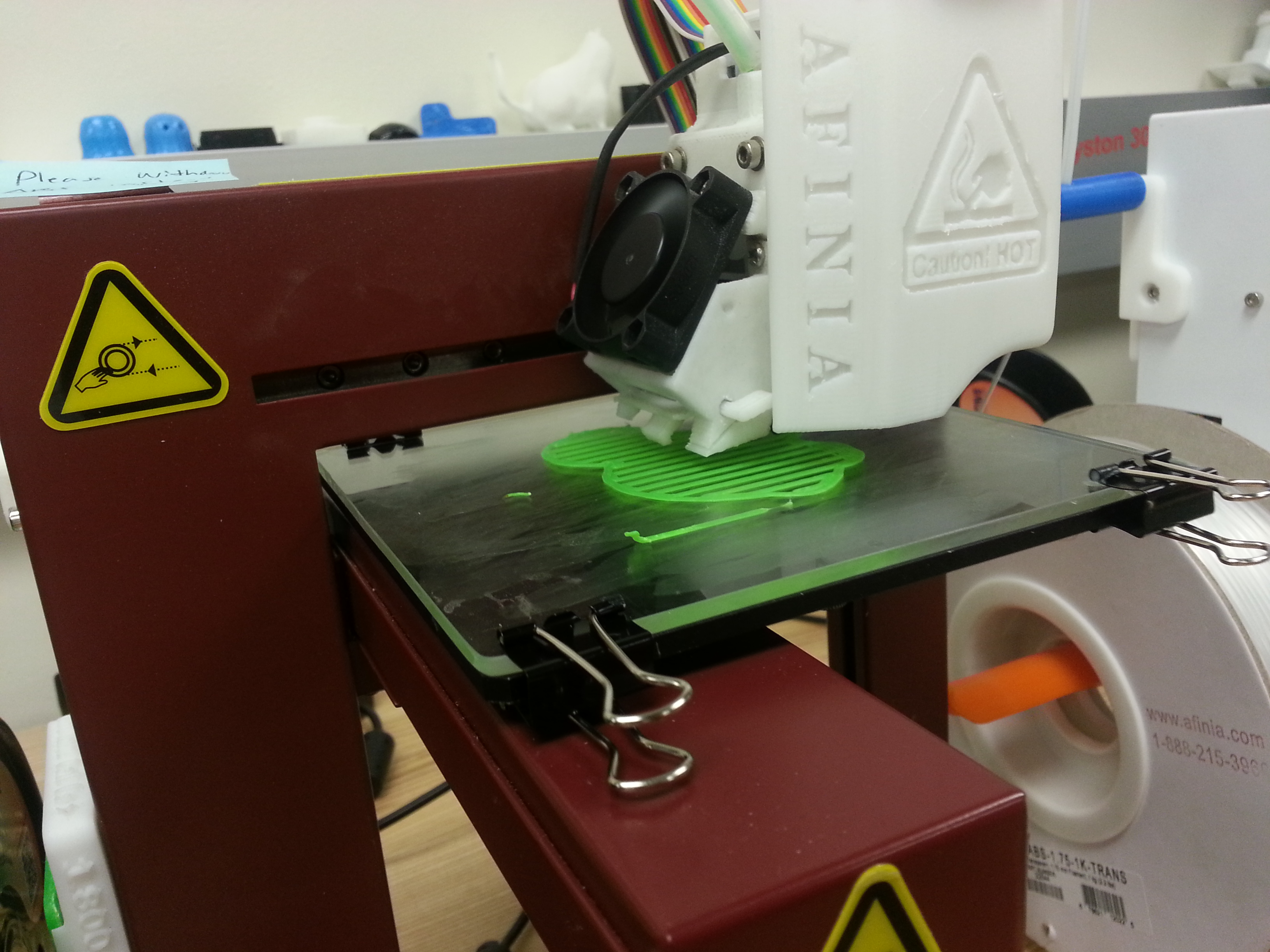 So I set everything up, fixed the settings to be as fine-grained as possible, and pressed ‘Print’. The turtle would be ready in about an hour (because it was not only small, but also hollow inside).

I don’t know what happened exactly, but the bottom half of the turtle was “starved”. About halfway through, the printer started starving the legs, and you can tell by the difference between them and the head/shell.

This frustrated me, because the lab manager and I had double-checked our leveling of the machine. I wondered if this stemmed from the model, or the green plastic itself, but decided to try again. This time, we printed the turtle to be less fine-grain, hoping the error would be righted. 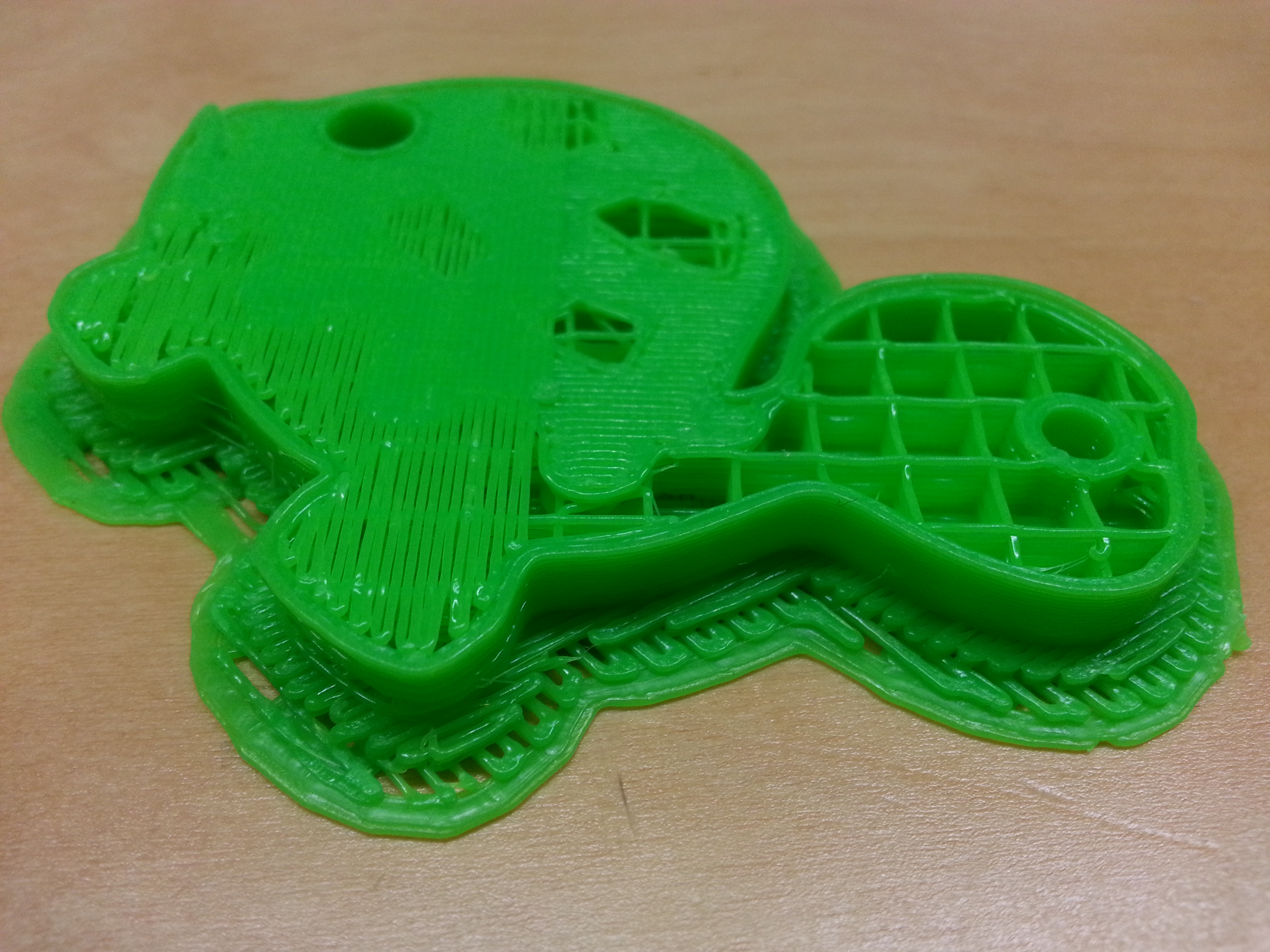 Because this turtle was supposed to be printed less fine-grain, it should have only taken about 38 minutes. But we also had to re-heat the plate, and that took time as well.

Unfortunately, about halfway-through, I checked on the turtle and to my dismay saw the same problem happening with the middle portion of the legs! There was no point in printing further, so we cut the print. I kept the turtle, because I think he really shows the craftsmanship that 3D printers put into their work (when the printers aren’t starving them to death).

You can see how the turtle is hollow inside, but still held up by the mesh framework that the printer creates. You can also see what the turtle looks like before it is scraped off of its printed base. If you wait too long, the base cools onto the plastic, and it’s nearly impossible to remove.

Finally, we decided to switch machines. Another machine opened up, and we wondered if it was not the plastic, not the leveling, but the machine itself. So after switching machines and switching the green plastic over (which took extra time), we set the print at a much coarser-grain, and had only around 20 minutes to wait.

Finally, my turtle keychain turned out as it was supposed to! Looking very closely, you can see the difference in density of the plastic between the first and final turtles, but overall, I think it’s more important that the plastic is evenly covered rather than half-starved and half-perfect.

So after three tries and three hours, I successfully completed my first 3D print! Next time I’ll be sure to take what I learned and not let the Grumpy Cat machine mess with me again.

Turtles all the way down… 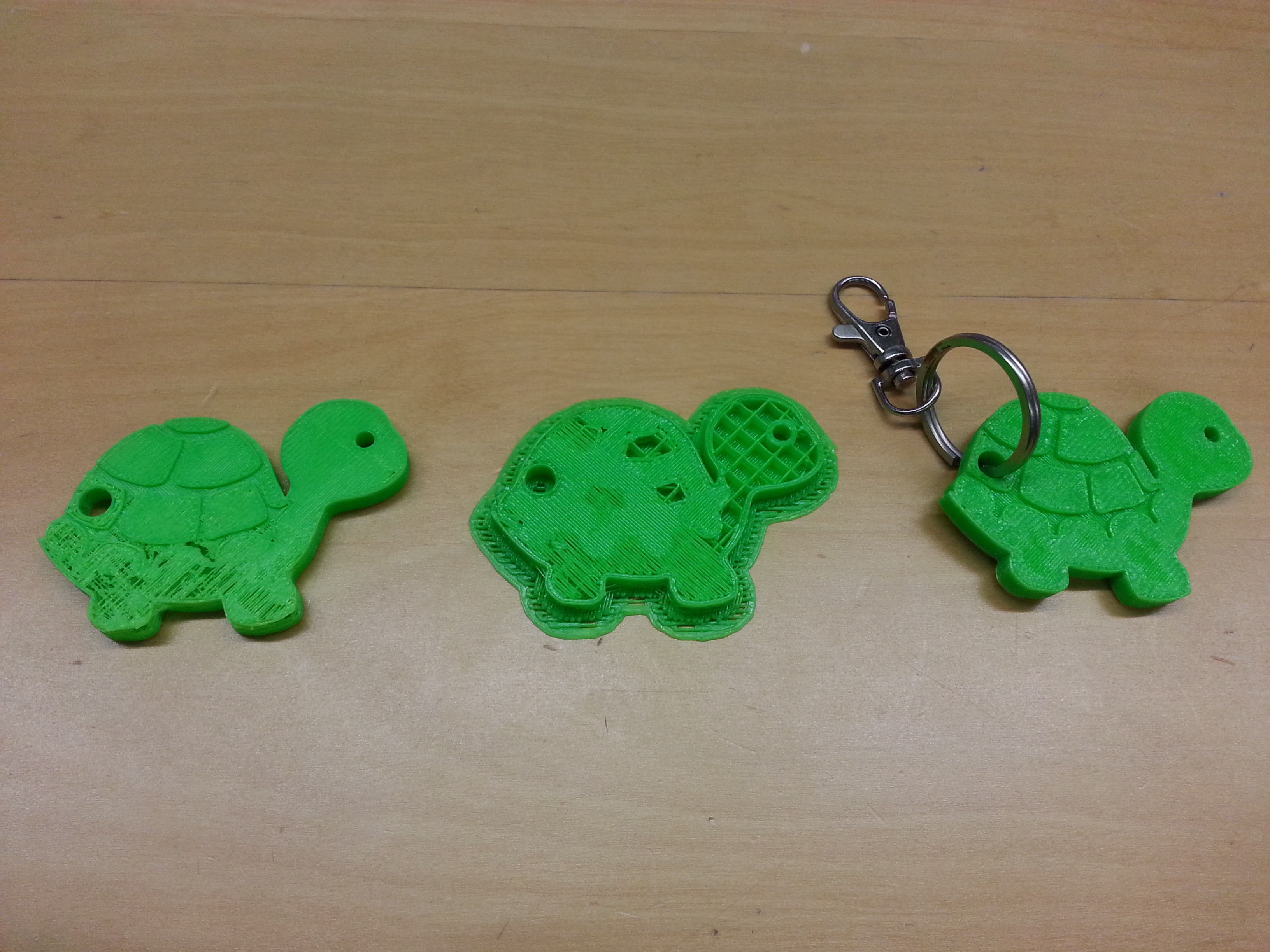 I’ve just been waiting to use that quote above