Anna, her cousin Aaron, and I walked through Brugge, Belgium on our short daytrip before heading to Amsterdam in The Netherlands. It was December, and while clouds dotted the sky, everything shined blue and bright above us. I stepped over cobblestones, willing myself to take in the scenery instead of only taking photos left and right.

We wanted to eat something special and authentic for lunch, seeing as dinner would roll around when we rolled away from the train platform and onward on our somewhat-long journey to Amsterdam. Everything looked perfect to me: quaint brick buildings, sloped roofs, signs in French and Dutch that I couldn’t read.

But Aaron was the expert, so when he finally chose a restaurant, I felt like we’d be in for a real, cultural treat.

We entered into a cozy dining room, a wood-burning stove to the right of the door and booths to the left. The atmosphere was light and airy, the decour and artwork on the walls charmed me.

Aaron explained to us how menus worked in this neck of the woods, then sepcifically told us what a menu was. In fact, the menu on a restaurant’s full menu is what you might call the “combo meal”: a good deal for the amount of food you receive. Dealing with menus and menus certainly confused my hungry brain. 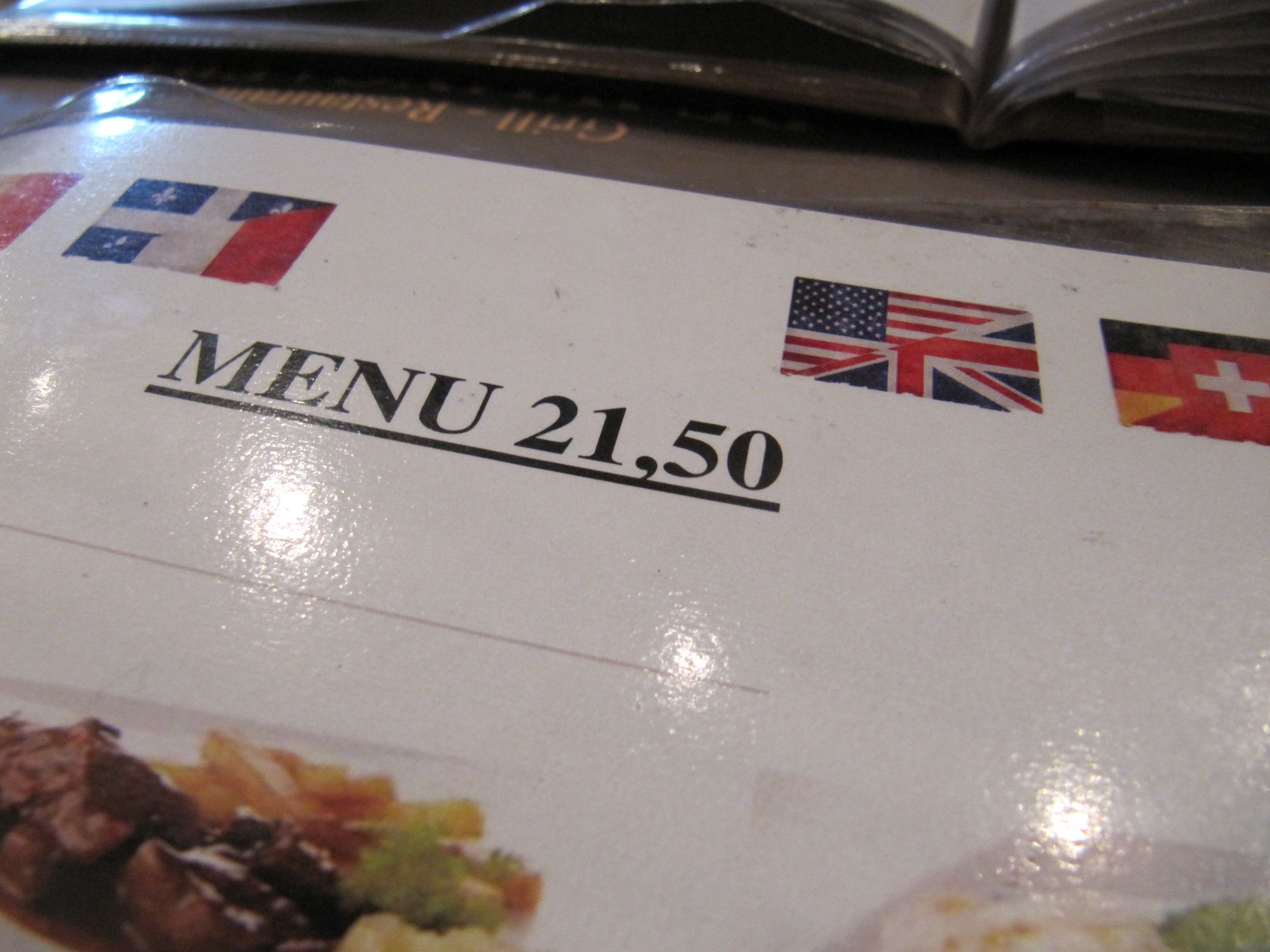 I don’t remember the specifics of what came with my menu, but a picture is worth a thousand words, right? 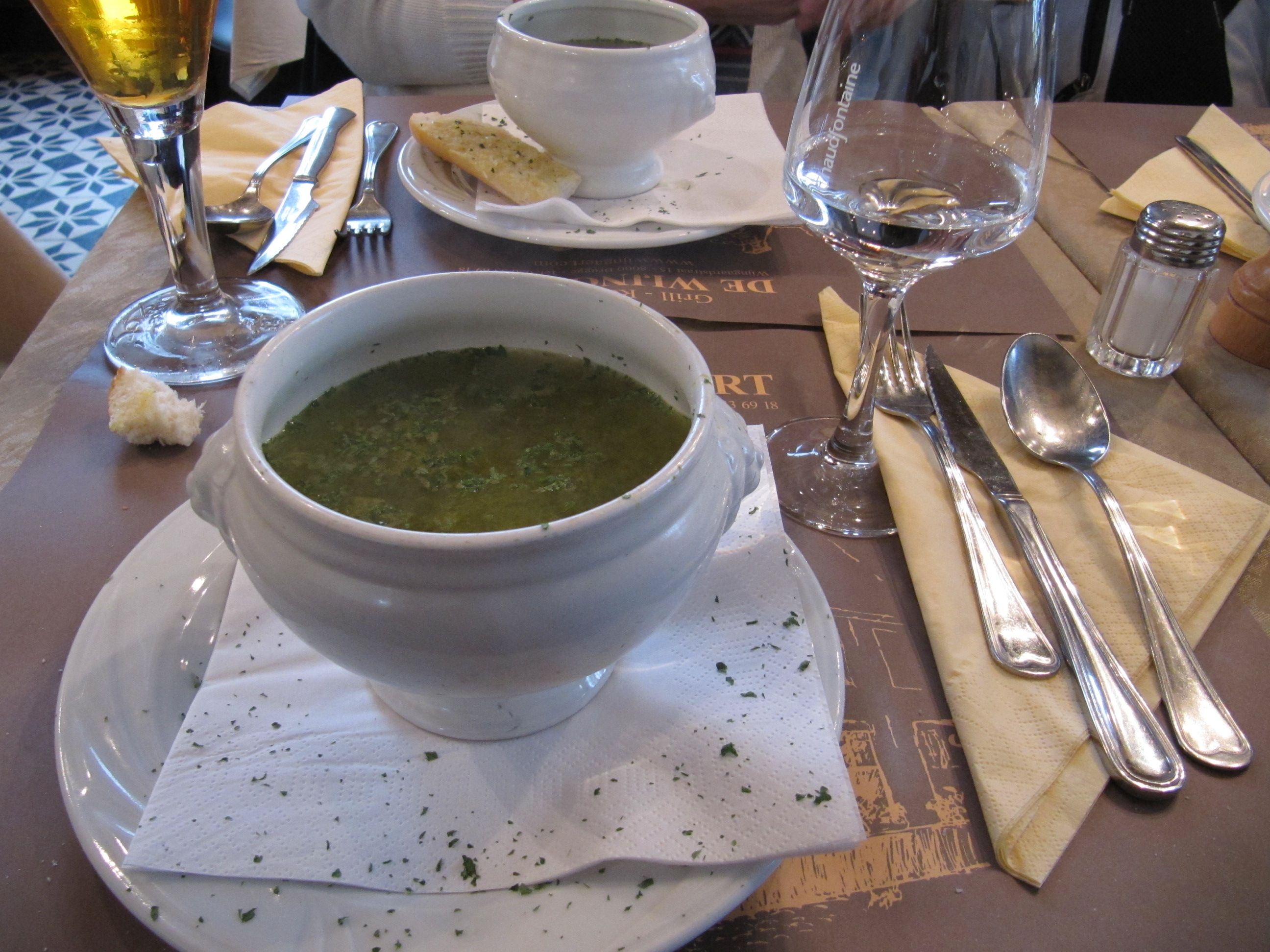 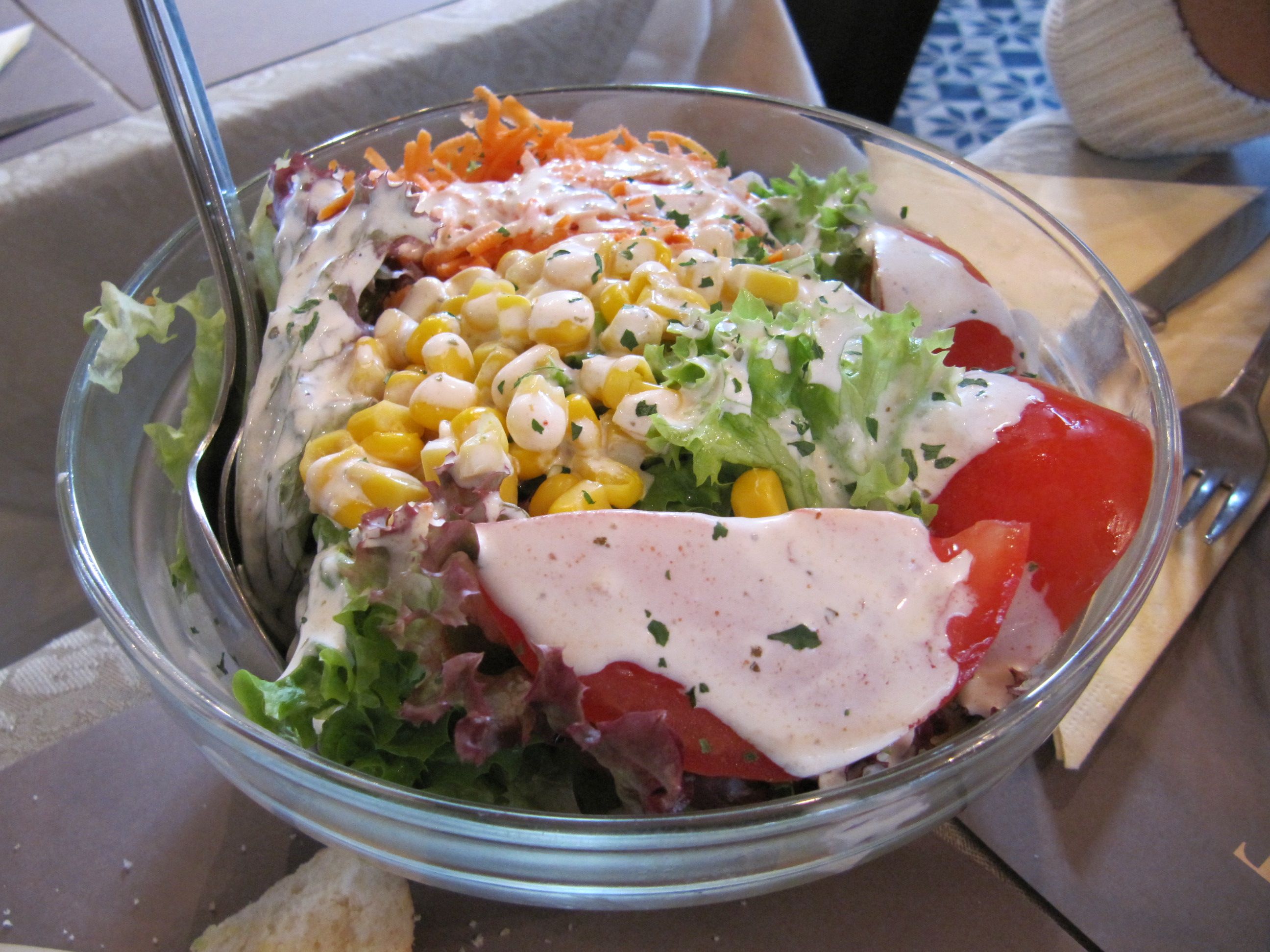 I’m not much of a food critic, so I can only say that everything was immensely delicious.

As we sat and ate, it almost felt like just another fancy restaurant in America (if I didn’t look out the window). Why?

Because only classic American hits played over the establishment’s speakers!

And as Anna and I were mid-bite, the song I’ve titled this post with started to play.

It was difficult to burst out laughing without spitting all over my plate, but I managed. Yes, we cracked up and drew dirty looks from other diners in the place. No, we couldn’t help it. Here we were, having just left California behind one mere day before, and “Hotel California” played over the in-house radio. Not classy french music, not smooth orchestral instrumentals, but a 1977 American rock classic.

Less than a week later, while journeying through our first day in Paris, France, for lunch we again dined in an upscale restaurant (where French onion soup is just onion soup and escargot is normal) when the background music completely displaced me from my surroundings. Michael Jackson, I’m sorry, but I wanted to fill my ears with the sounds of a French bistro - not Beat It.

Later when we trekked to our lodgings for the night, Anna spied a sign across the street.

You can check-out any time you like, but you can never leave!

Not just California, but also America - at least when it comes to music. American music’s cultural significance is bigger than one country, or one continent. You know a piece of music is significant when a Parisian restaurant feels the need to serenade its patrons with the song, fill the atmosphere with the song - despite how irrelevant the song is to the moment.

The two of us may have “checked out” of California for a three-week holiday, but there was no way The Golden State would let us forget about it. Not when it controlled the airwaves.

So we did the only thing we could do, and sang along.