Saturday is Shabbat, the day of rest, which means most of Israel takes a siesta. Besides the shops and restaurants lining the beach, everything in Tel Aviv closes from sunset on Friday to sunset on Saturday. But I was working 40+ hours a week, and needed to find time to cross things off of my summer bucket list. That time was Saturday, July 19th, and that thing was the Design Museum Holon.

Holon is about 10 miles from the apartment I stayed at in Tel Aviv, but I didn’t have a car, and the busses don’t run on Shabbat. That left me with two options — either take an expensive taxi, or figure out how I could make a cheaper shared taxi work for my needs. Shared taxis are very popular in Israel. In Hebrew, a shared taxi is a monit sherut (מונית שירות), or sherut for short. They drive the same roads as busses, but fit 8 to 10 people, allow you to get off anywhere along the route, and most importantly, run on Shabbat. To take a sherut between cities, I had to get to Tel Aviv’s central bus station. That was the easy part, as I had ridden along that route before, down Rehov Ben-Yehuda (Ben-Yehuda Street) only a block from the Mediterranean.

Once at the Central Bus Station, rows and rows of intercity shared taxis faced me. Each had a sign in the window with a city name in bold red letters: Haifa, Jerusalem, Herzliya, Netanya, Ashdod. But I couldn’t find a sign for Holon. Now, Holon isn’t a “special” city — when I told people I wanted to visit, they didn’t understand my fascination. To them, Holon is just another suburban city south of the vivacious Tel Aviv. But to me, Holon housed the museum that captured my attention. I roamed from sherut to sherut, trying to find a driver who A) spoke or understood enough English, and B) knew which one I should take.

Finally, I was directed to the sherut leaving for Ashdod, a city farther south than Holon. Apparently, the driver could let me off on the side of the highway right at the entrance to the city. Now, let me remind you that I was traveling alone, and still decided it would be a good idea to take this sherut to the side of the highway and walk the rest of the way to the museum. But I was determined, so I hopped aboard, paid my fare, and took a seat.

The driver was intrigued with my sightseeing interests, and we struck up a conversation.

Him: Where are you from? Me: California. Him: What brought you to Israel? Me: I’m working as an intern at Google. Him: Goo-gool? Me: You know, Google? [mimes typing] Him: Oh, Google!

As we reached the outskirts of the city, he kindly dropped me off to the side of the road, and with that, he was on his way. Walking forward, I came upon the “sign” that I had reached my destination. 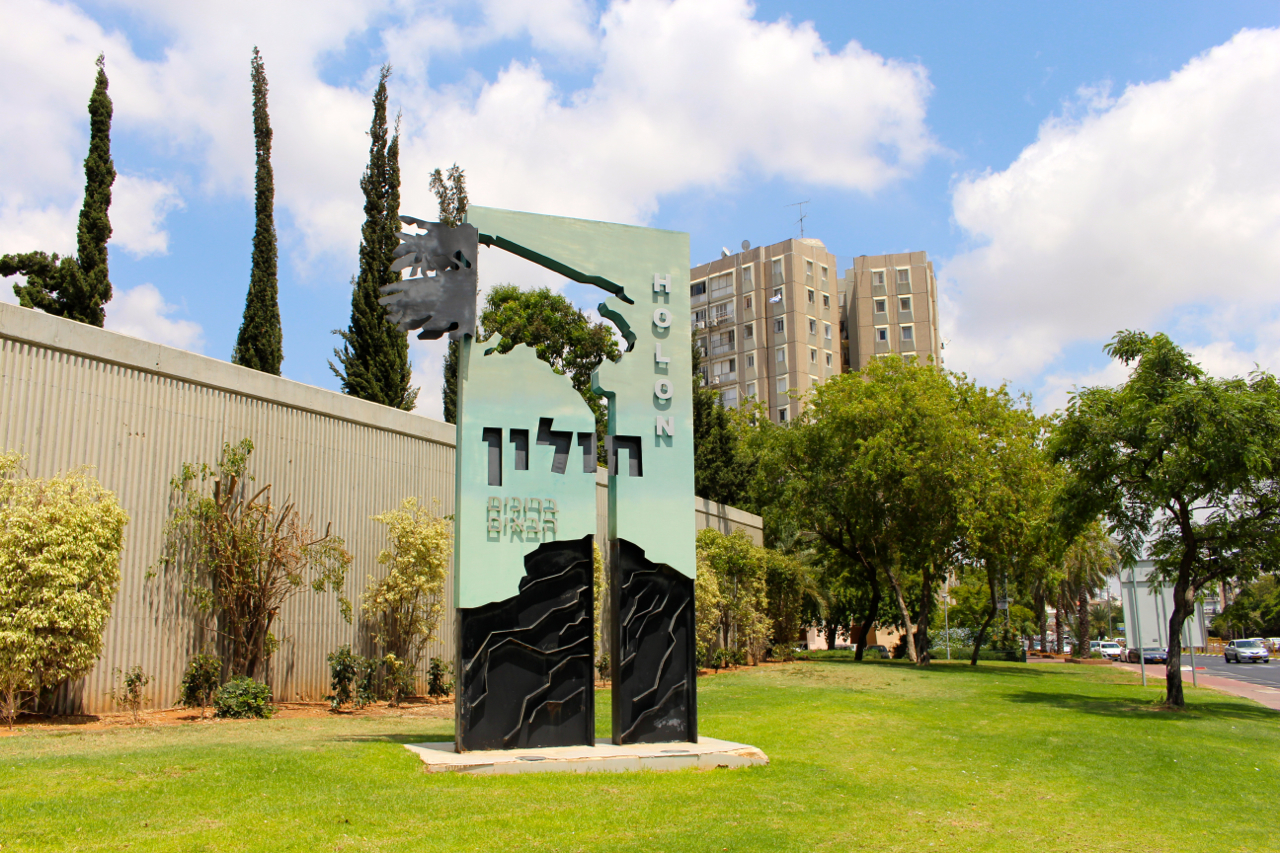 Google Maps informed me that I had about 20 minutes to walk before reaching the Design Museum, so I started off through the sweltering heat, grateful for any sliver of shade I could get. The cool thing about Holon is that it’s a very “family-friendly” city which prides itself on all of its museums. 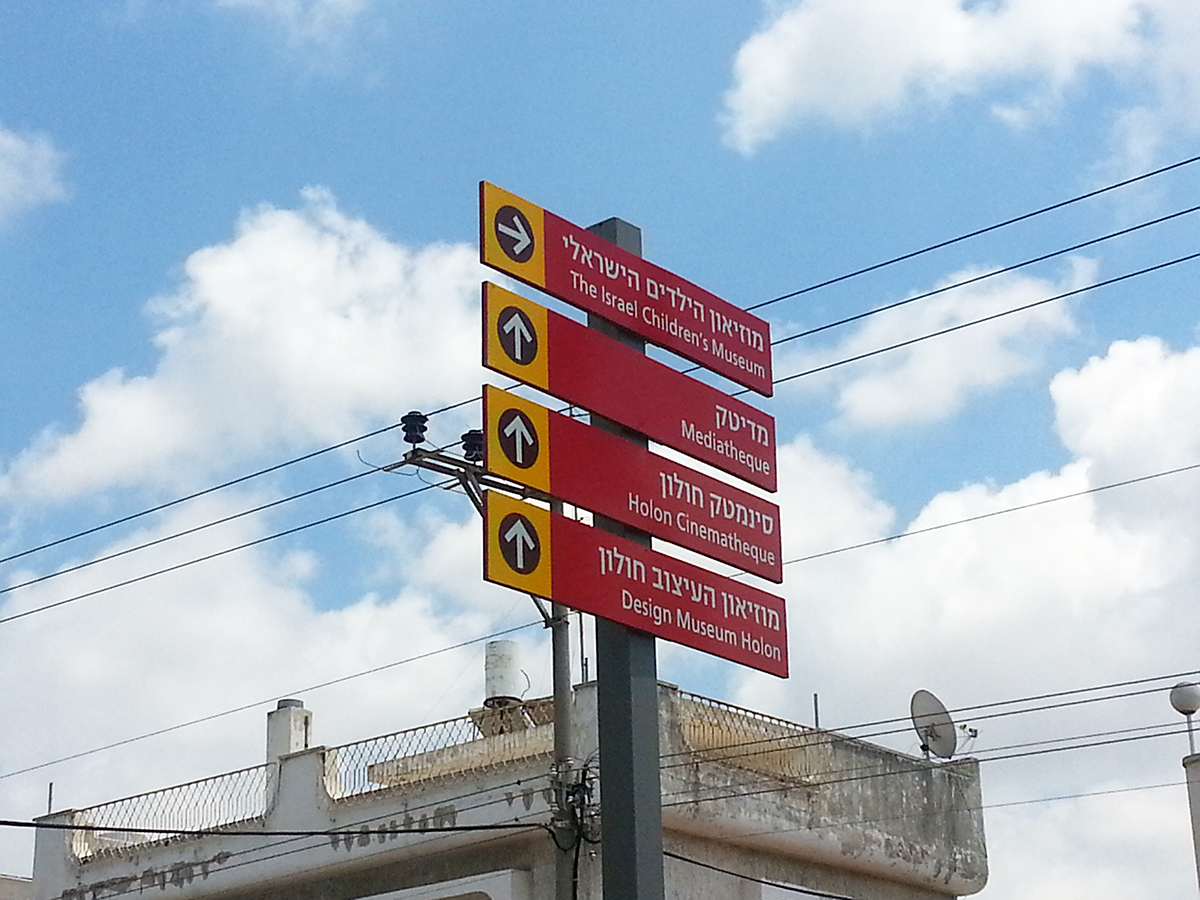 Finally, I was a block away from the Design Museum, and walked past the Mediatheque, which looked to me like the best library ever, though I’m not sure exactly what it was, and it wasn’t open on Saturday for me to explore. But the outside of the building sure did make a lot of cultural references. 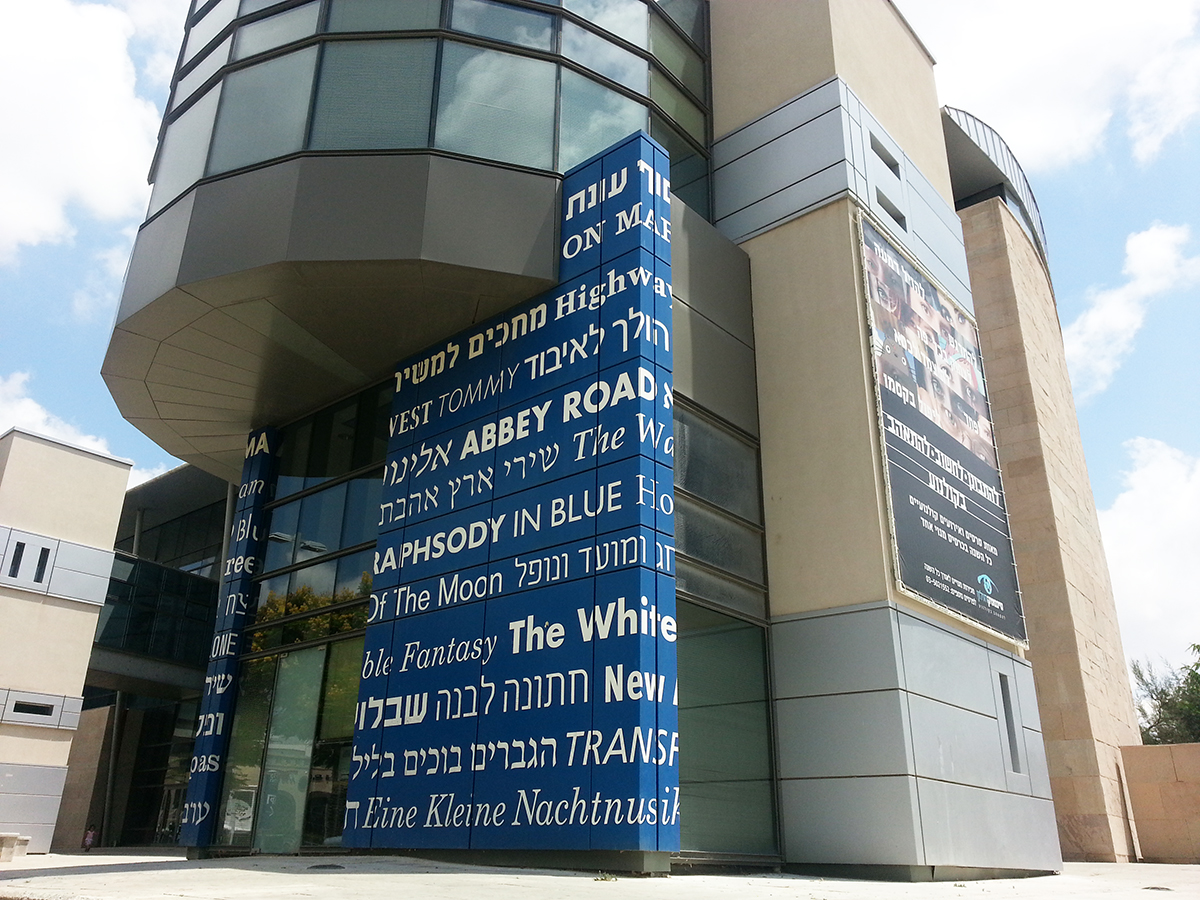 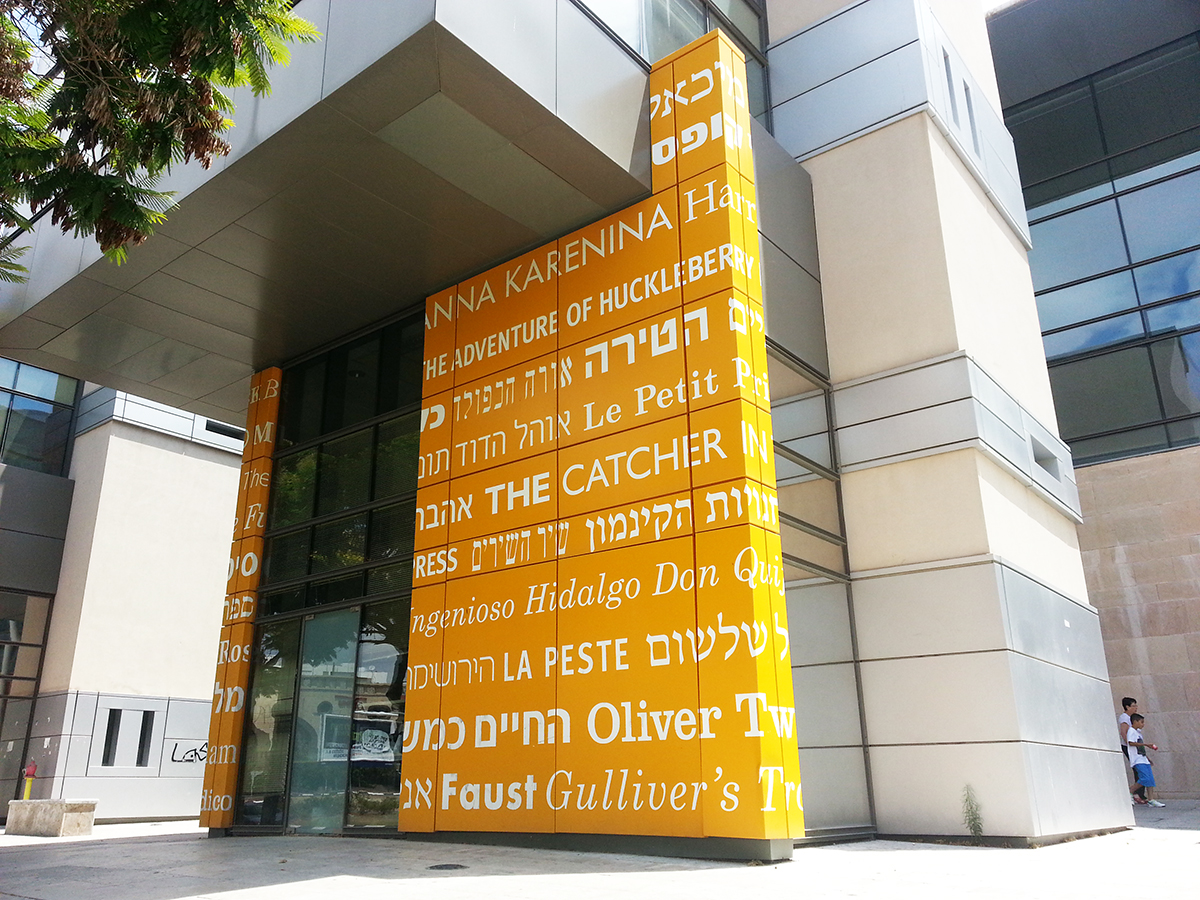 The Adventure of Huckleberry Finn! The Catcher in the Rye! 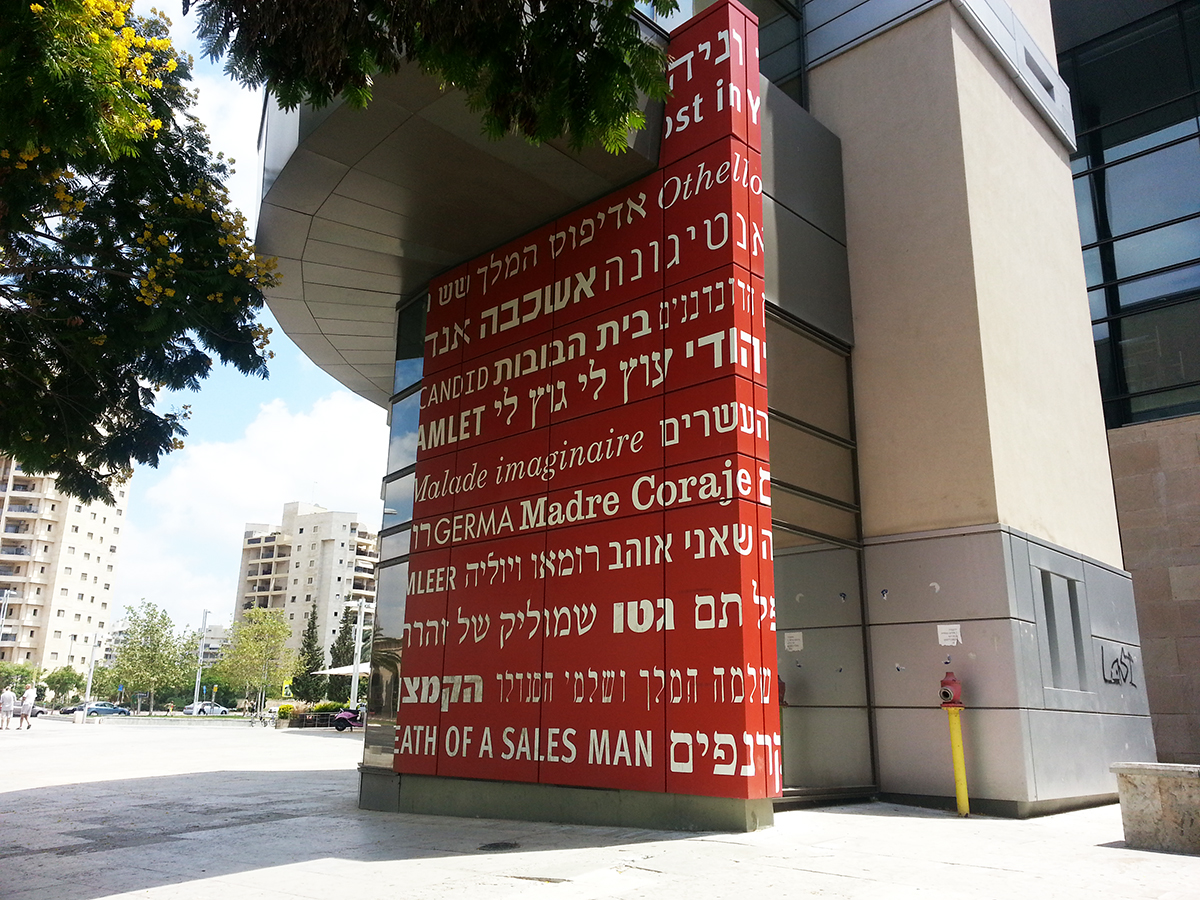 And then, I reached the Design Museum Holon. The building itself was a magnificent work of art. 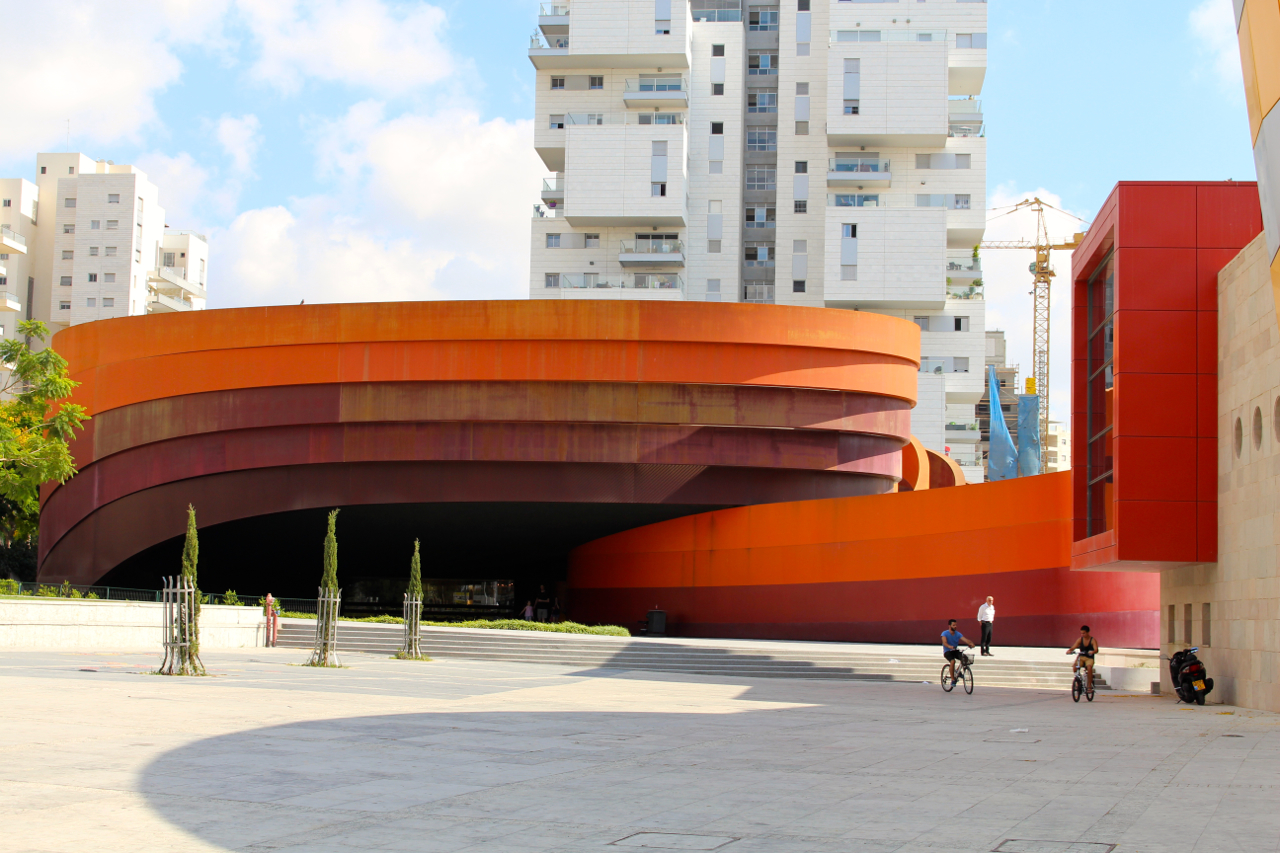 The building’s sinuous ribbon facade of Corten weathering steel is alive, forming a blend of textural, spatial and optical experiences that seamlessly meld the principles of sculpture, architecture, design and art for the enjoyment of the public. 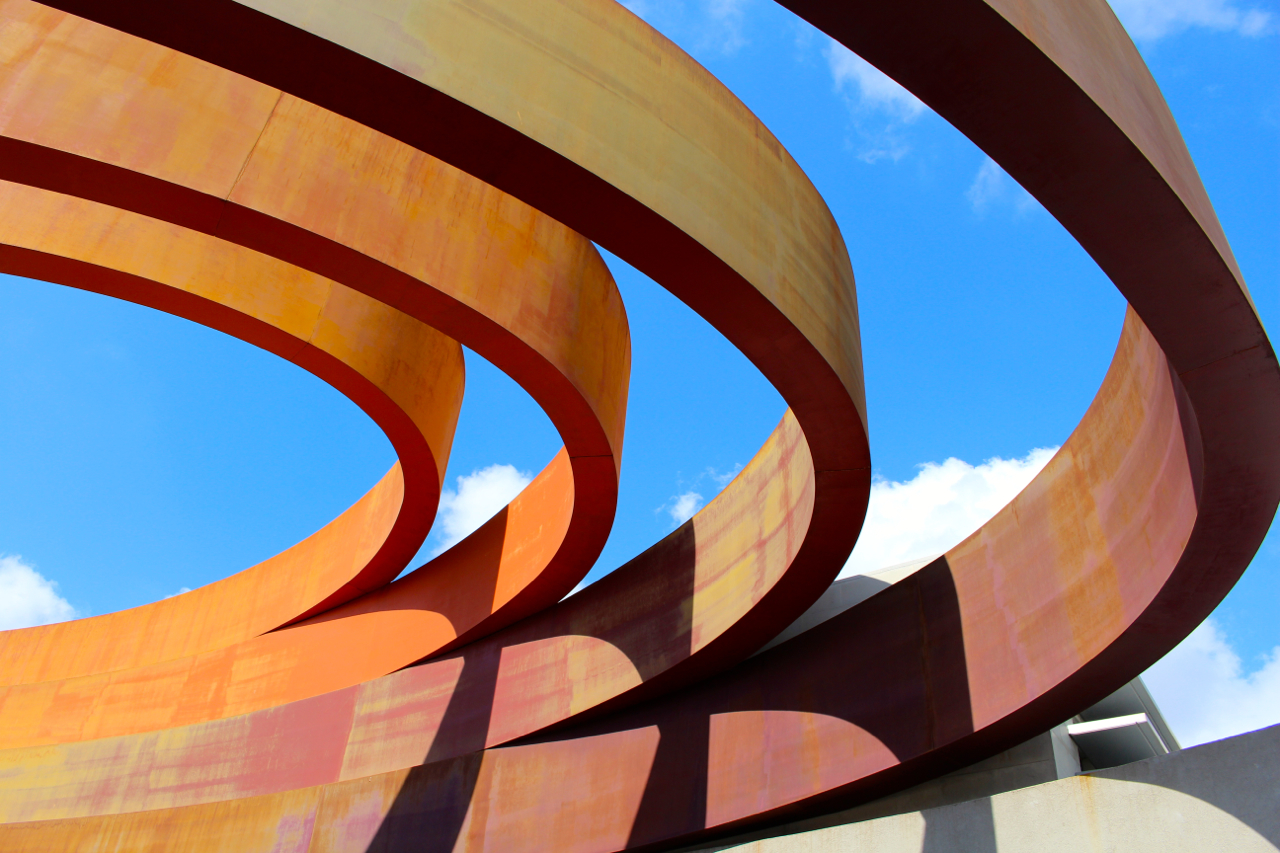 The museum took four years to build, led by the Israeli industrial designer and architect Ron Arad. Inside the museum, I found a quote about his process painted on a wall:

When you start working on the project, it’s like a white canvas. Things develop of course and a direction is developed, you take the best possible response but it is one of many. There isn’t one response to the building, to the project, to the brief, whether it’s a cultural building or whether it’s a totally uncultured building. 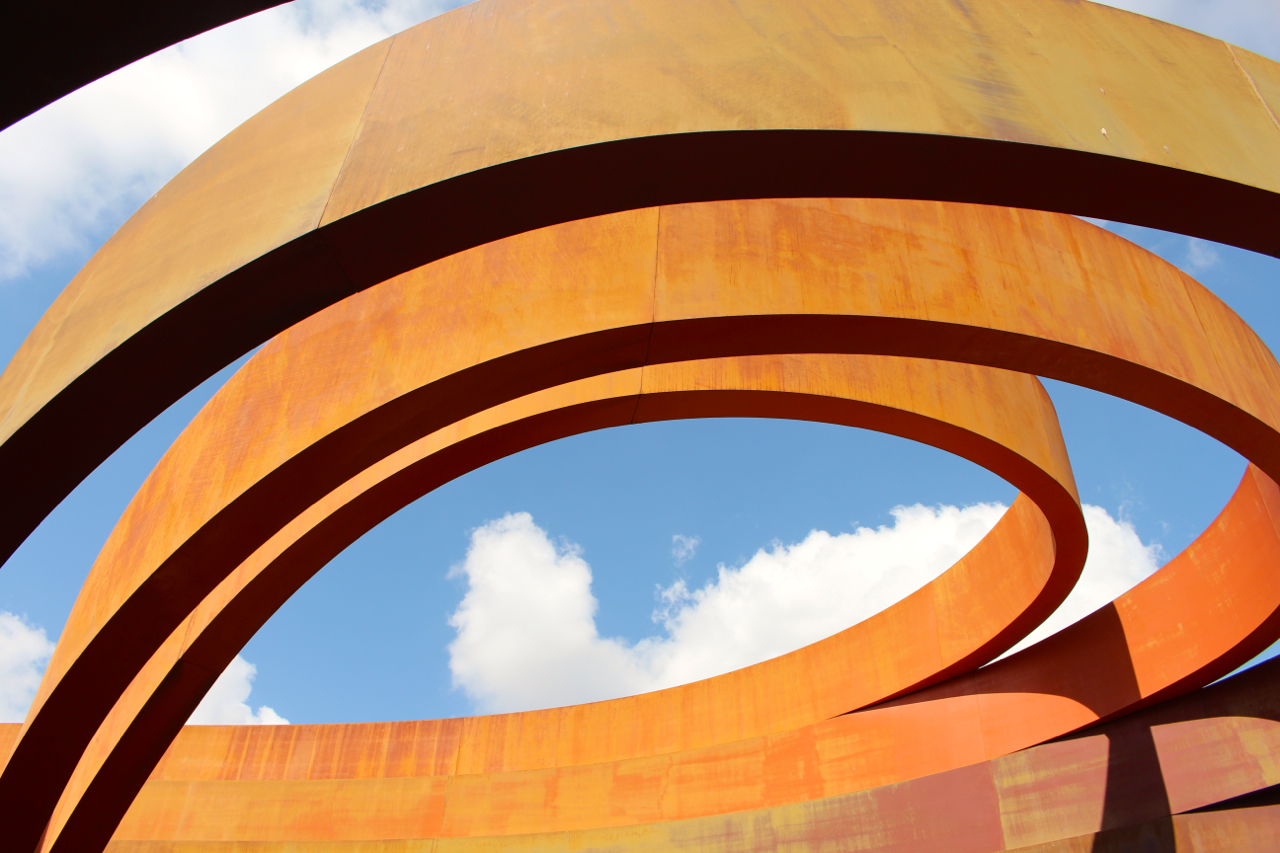 The museum had two major exhibits, as well as an extra interesting collection that spiraled around the building. The first one I visited was Issey Miyake’s origami-inspired fashion, titled 132 5. 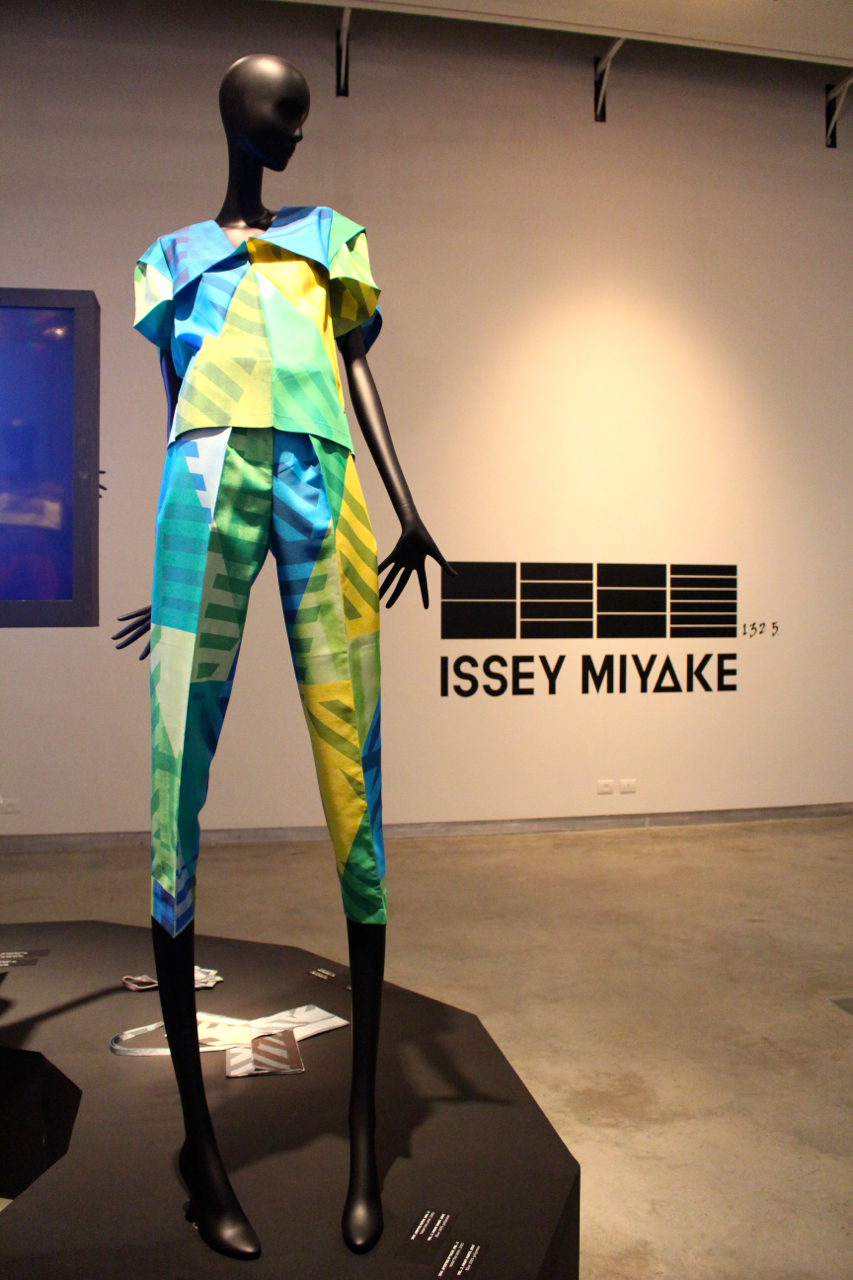 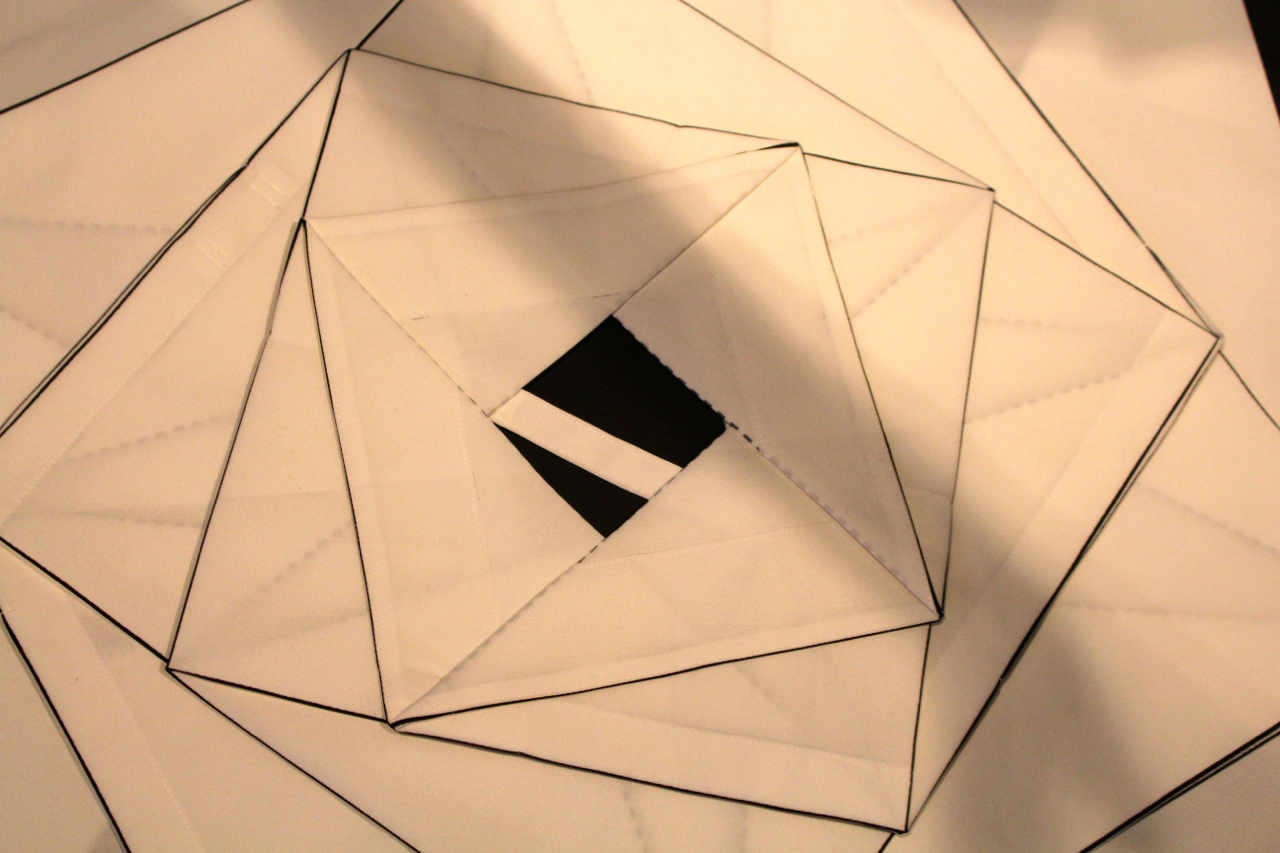 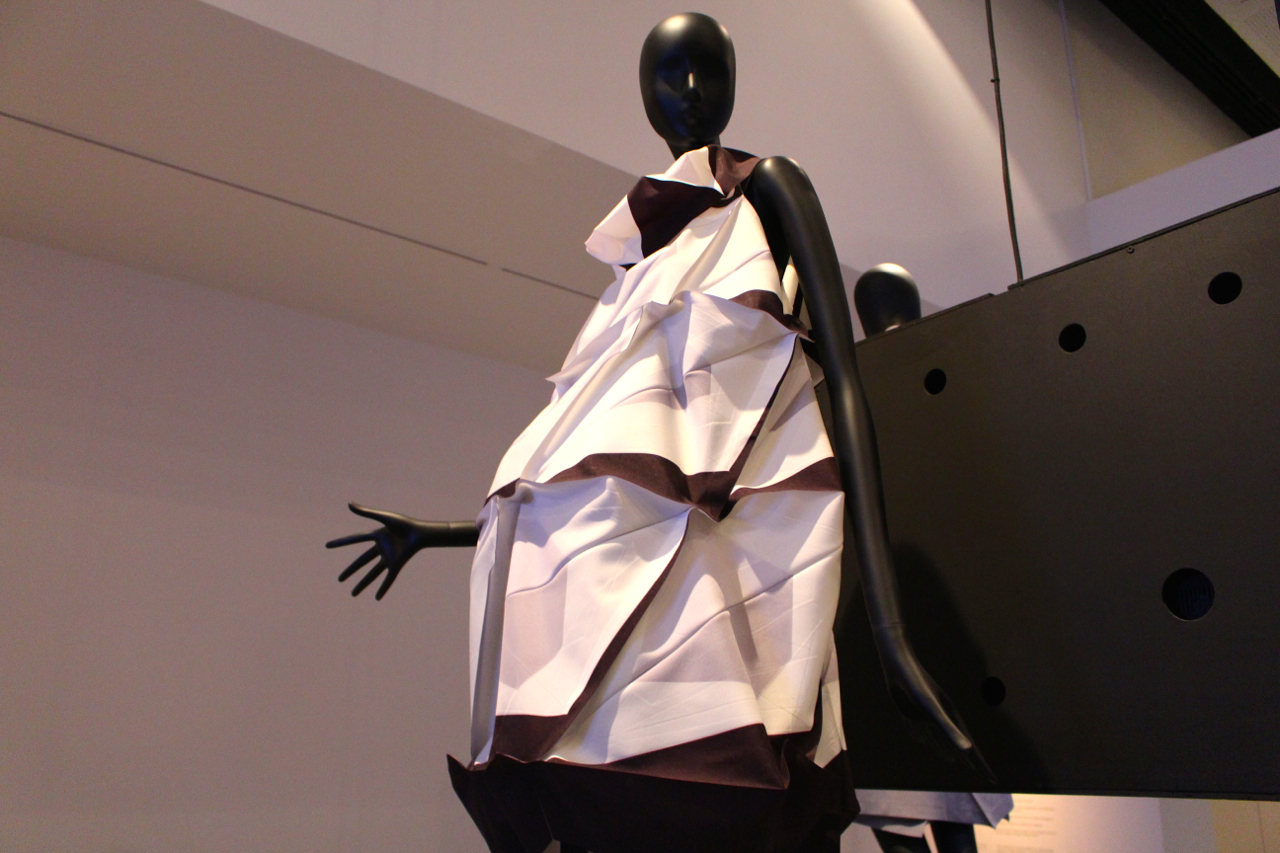 It took me a while to even comprehend just how the pieces were designed, let alone hung on the body so precisely. 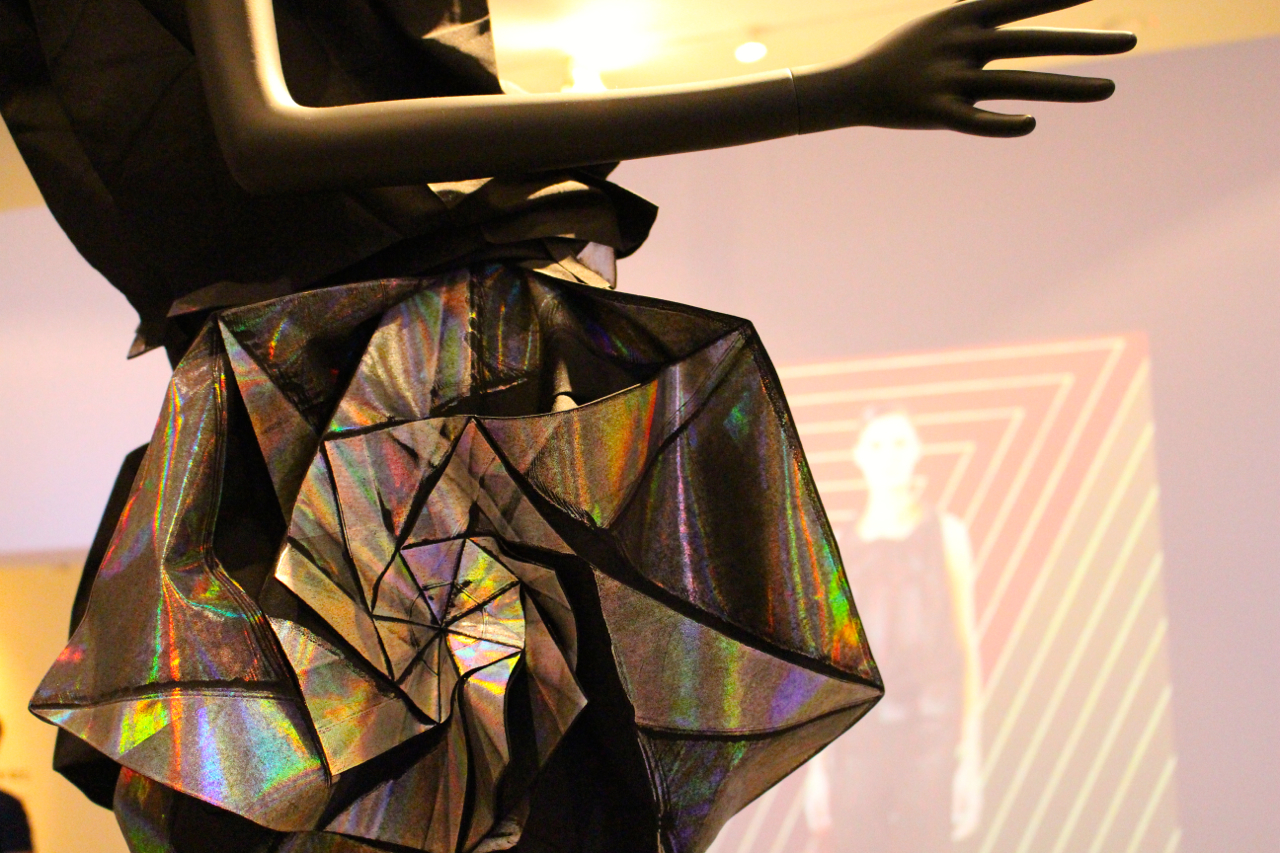 Overall, it was an extraordinary display of how an interdisciplinary team can attempt things impossible for just one person with only one expertise. A true lesson in the heart of design.

As I wandered out of Issey Miyake’s exhibit and through the spiraling corridors of the museum, fantastic works of pottery caught my eye. 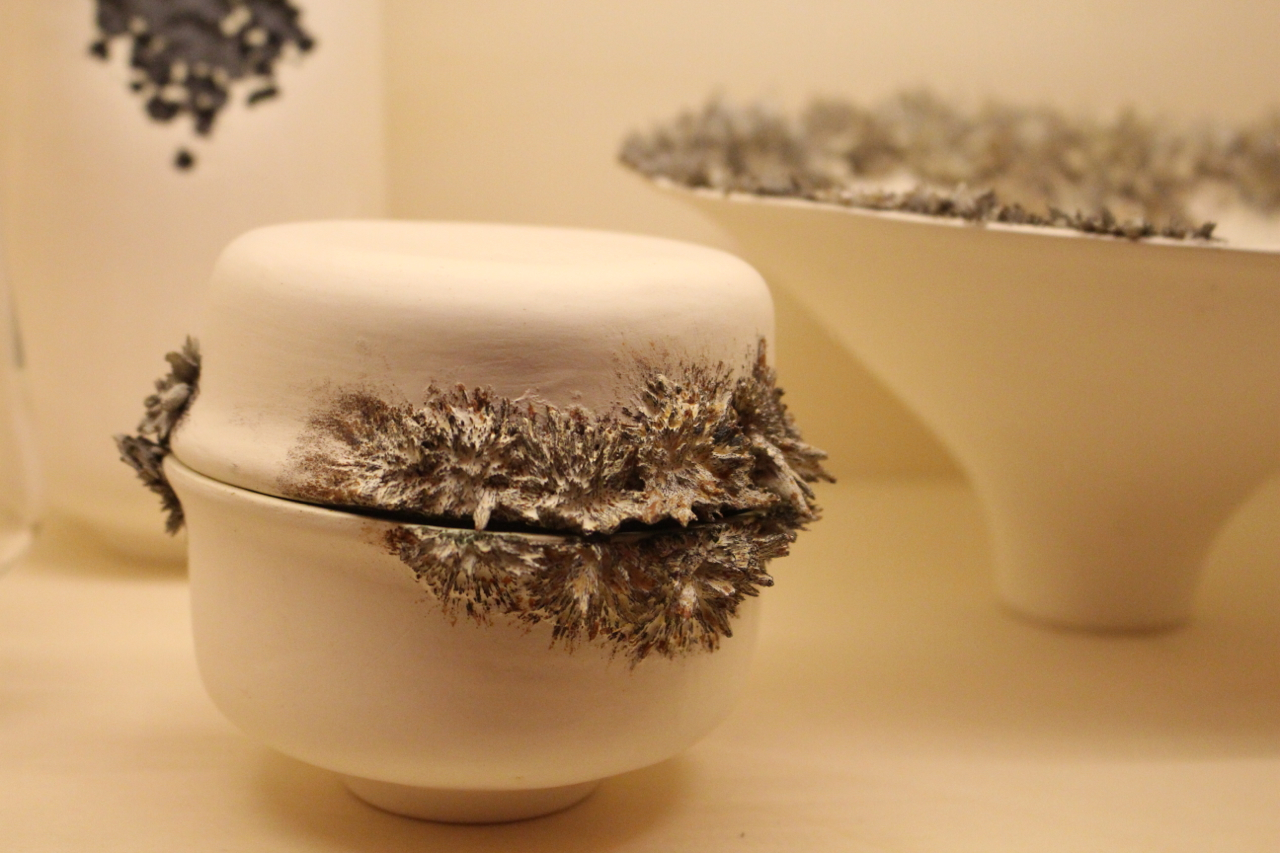 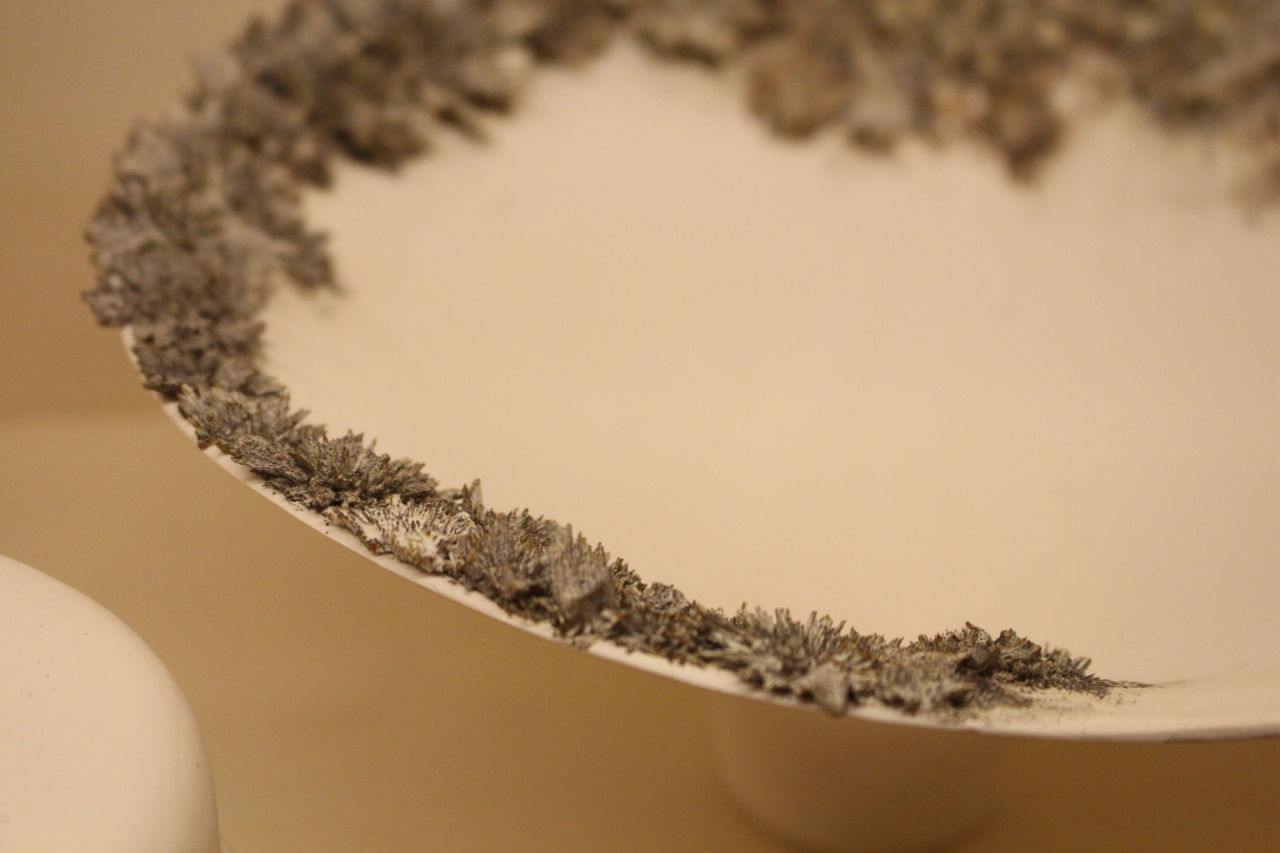 Finally, I reached the museum’s second large exhibit, called GATHERING — From Domestic Craft to Contemporary Process. It was a curation of traditional domestic craft themes (pleating, draping, layering, ribboning, smocking, wrapping, folding, needleworking, felting, knitting, quilting and baking) that were given new life through contemporary design. As the museum’s literature described it,

The designers in GATHERING apply new technologies and techniques to completely transform their actions. Their interventions celebrate the possibilities that lie in front of us, ever more creative than in the recent past. These designers use three-dimensional craftsmanship, which reinvigorates design, lending body and beauty to archetypical chairs or giving form and volume to lighting structures.

Here are just a few of my favorites: 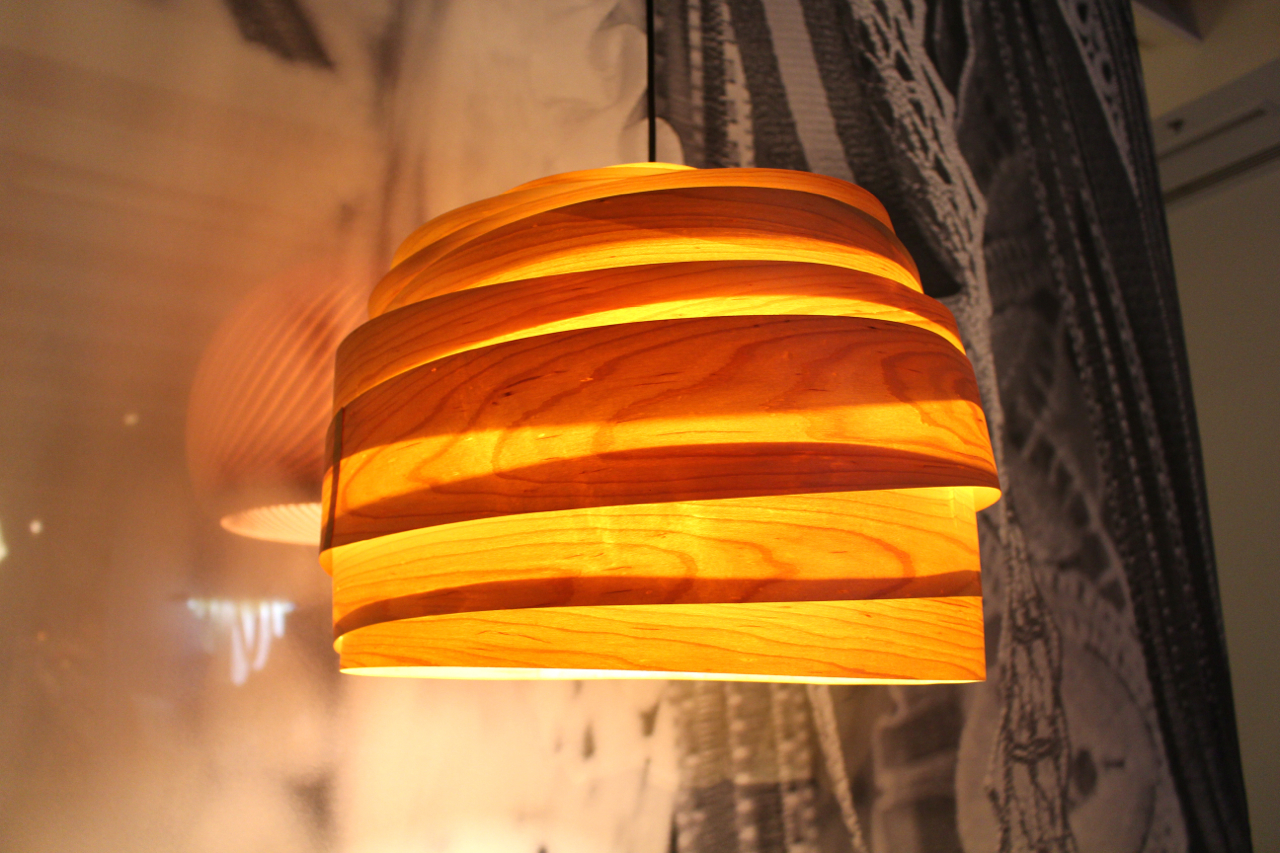 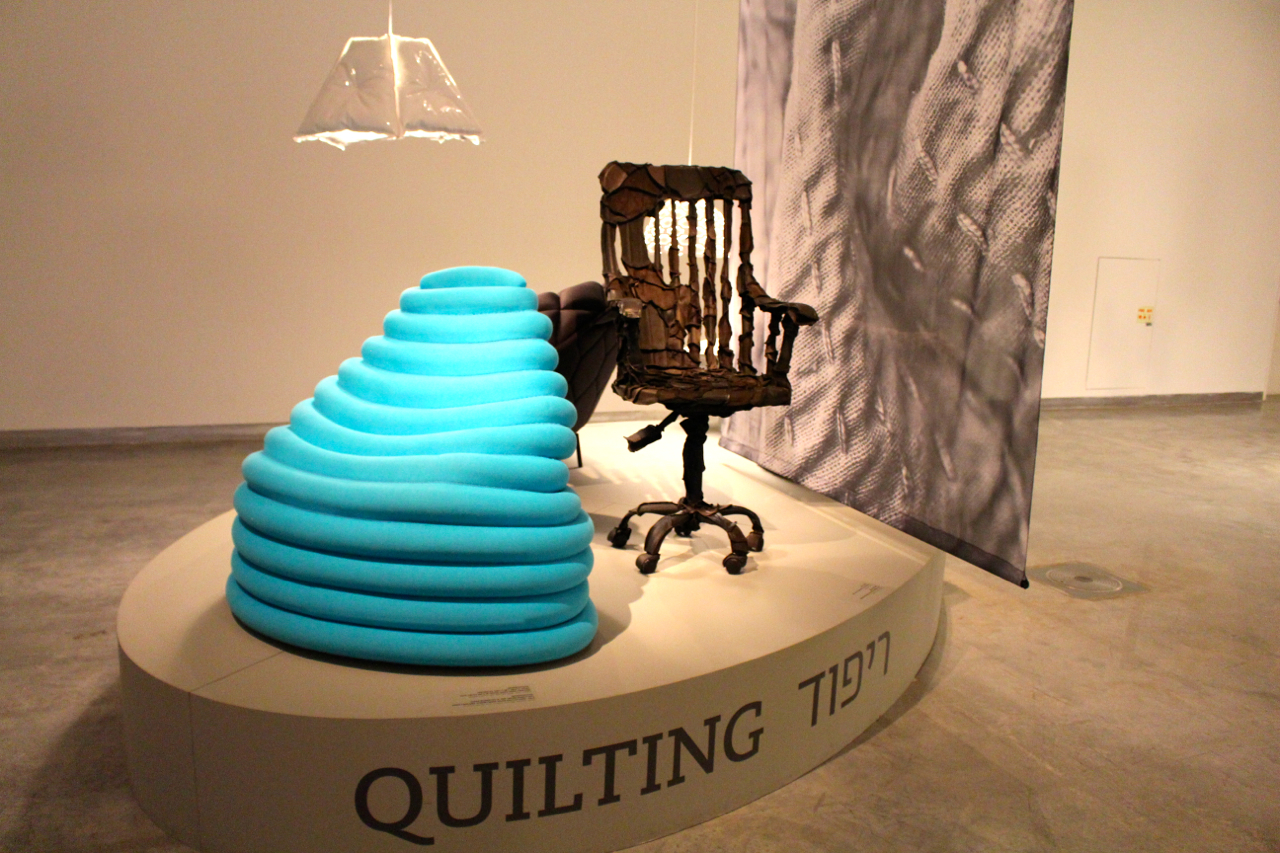 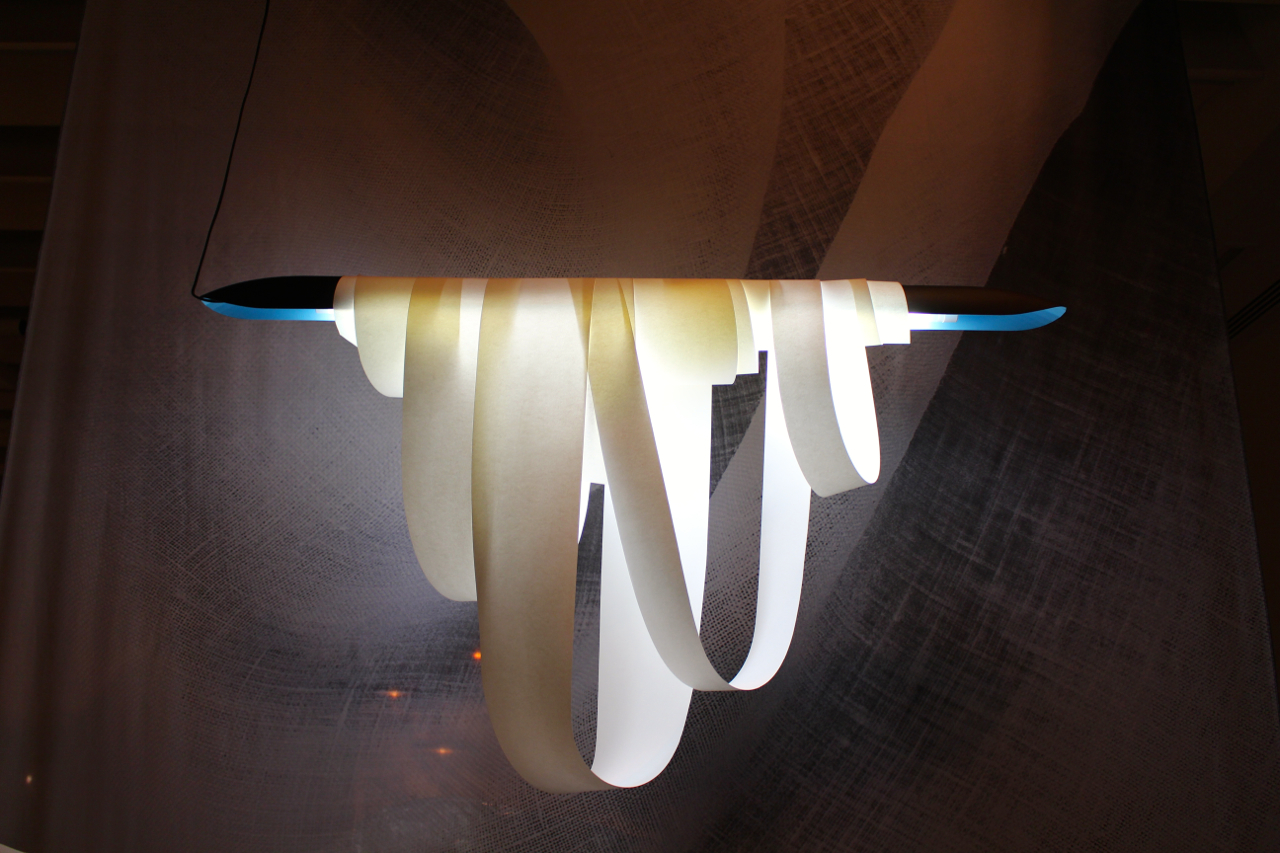 The Design Museum Holon showcases a much wider range of design than I ever anticipated or even considered. Some exhibitions I missed in the beginning of 2014 included one on children’s book illustration and another on bicycle design. I definitely expanded my defintion of design at the museum — design is truly everything, though I know how hard that sentiment can be for some people to swallow.

After my time at the museum came to an end, I realized I still had until sundown before I could hop on a bus and head back to Tel Aviv. So I checked out the city’s vistor guide I found at the museum, scouting it for somewhere I could visit that wasn’t too far from the bus stop. The map led me to the South Korean Garden. 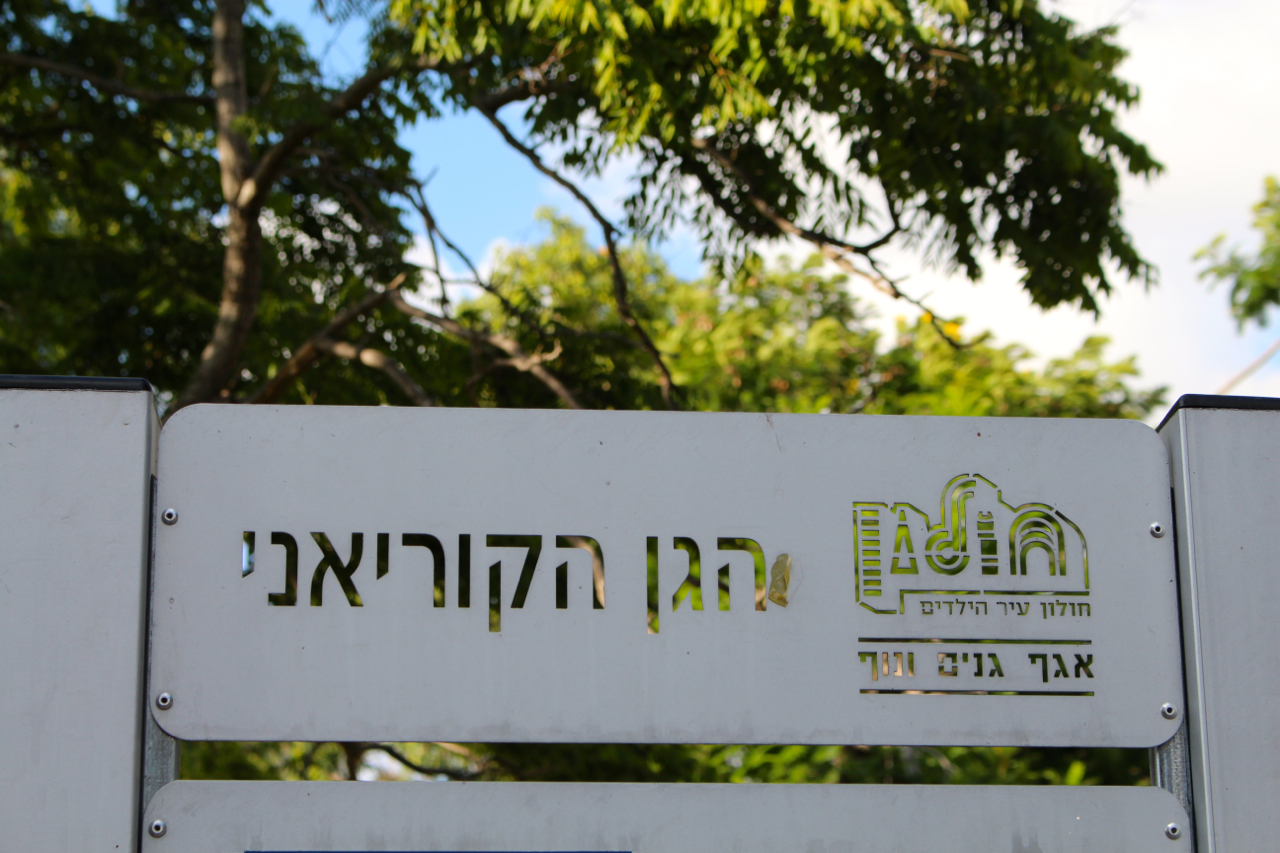 The park features wooden totem poles in the Korean style, and was gifted to Holon as a symbol of the “partnership of kindness” between Andong, South Korea and Holon. (reference) 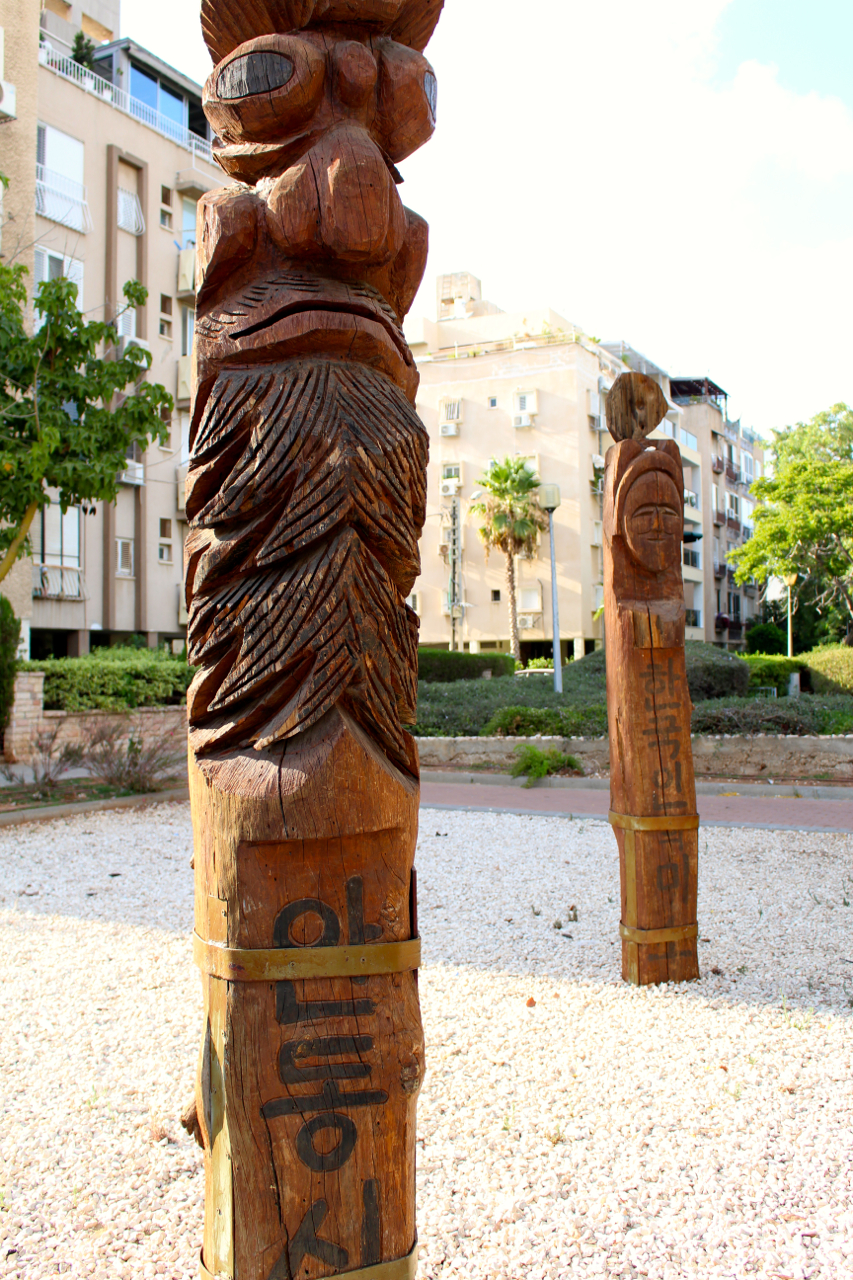 Looks like the man just had an argument with his wife 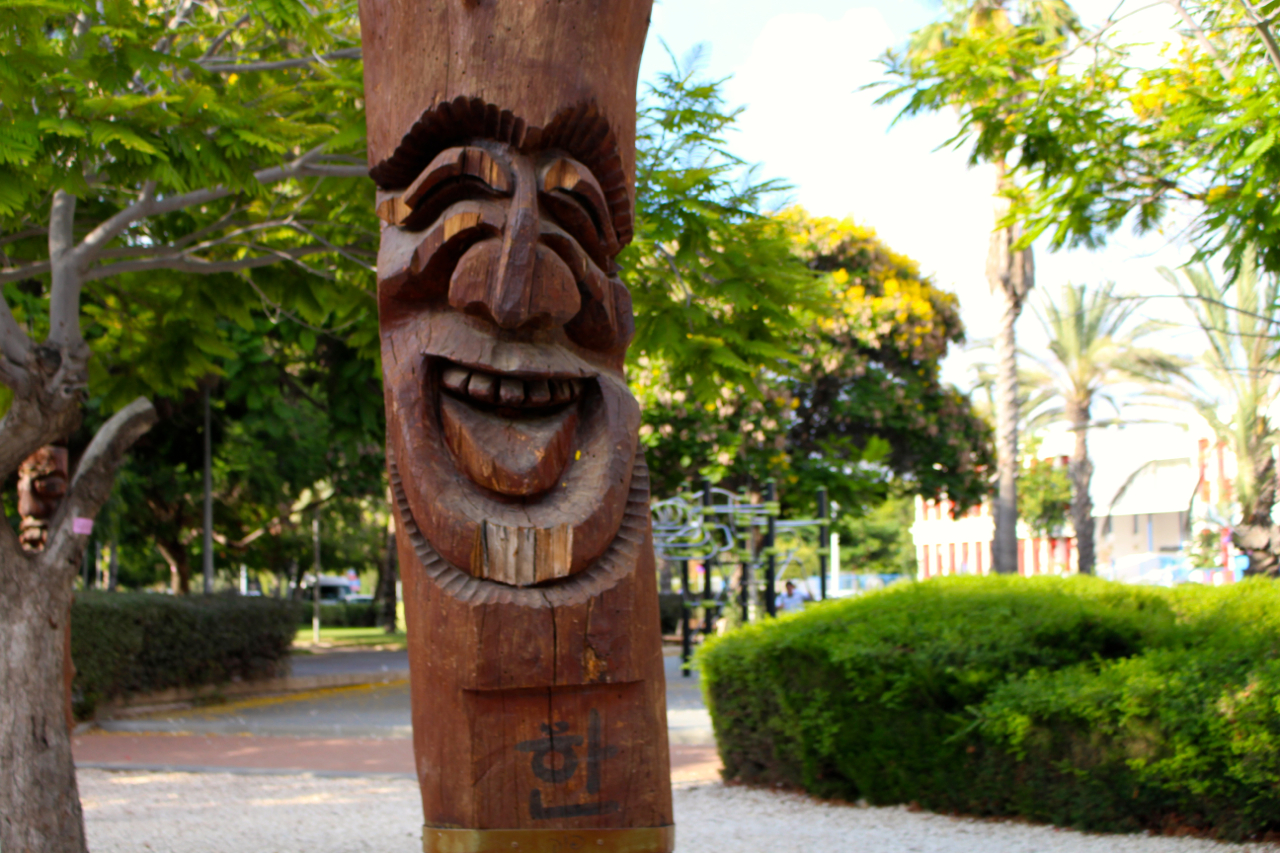 My favorite of them all — he’s just so happy

Holon featured many unique things such as the South Koren Garden that I wish I could have seen had I allotted more time. Unfortunately, my spontaneous day trip drew to a close as I caught the first bus back to Tel Aviv at the start of sundown (otherwise, I would have had to wait forever for the next one). I ended my day walking to the Old Port of Tel Aviv, not even five minutes from my apartment. 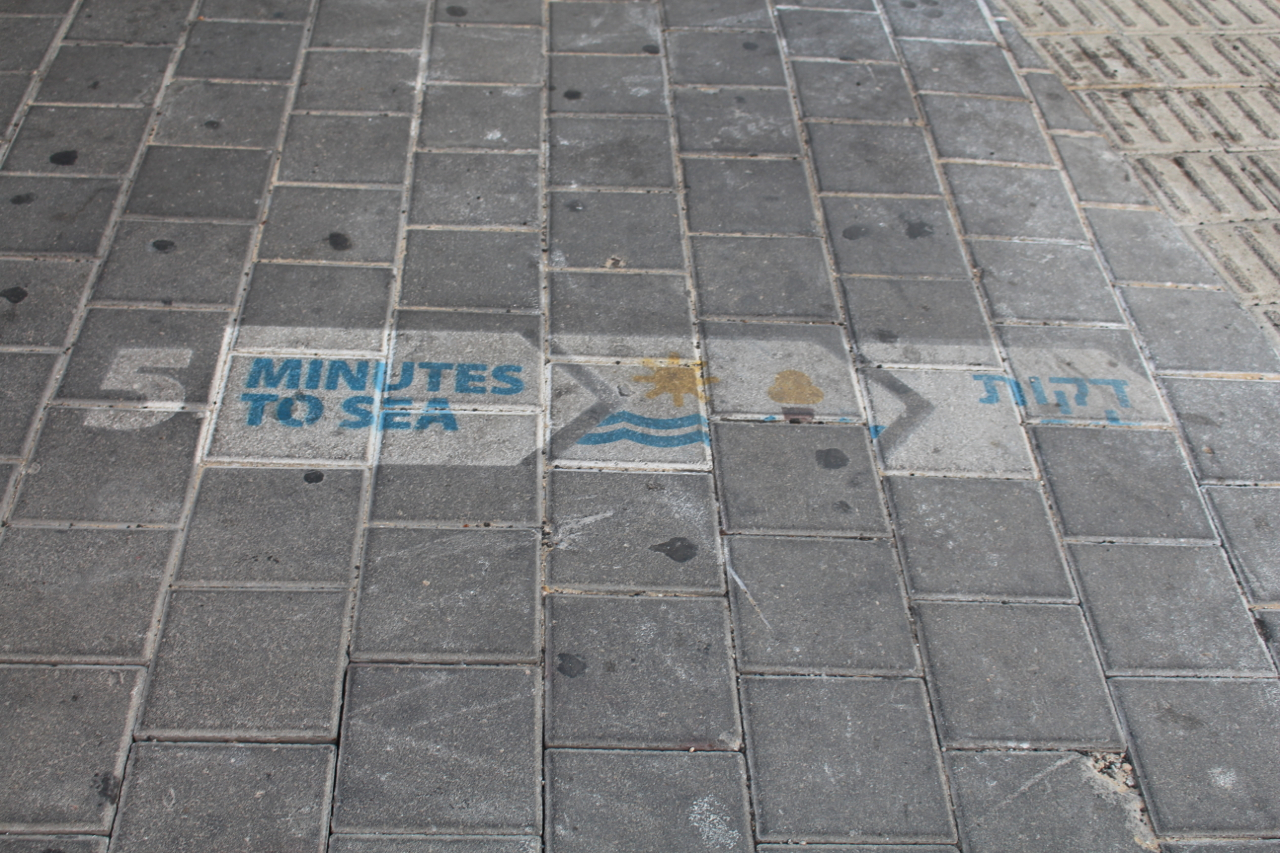 At the port, I stumbled across a playground I’d been trying to find since the end of May, and sat myself in a hammock to watch as the last light of day faded into night.