Friday, I hiked an hour and a half to the top of a mountain called Rigi. The “Queen of the Mountains” to be exact. 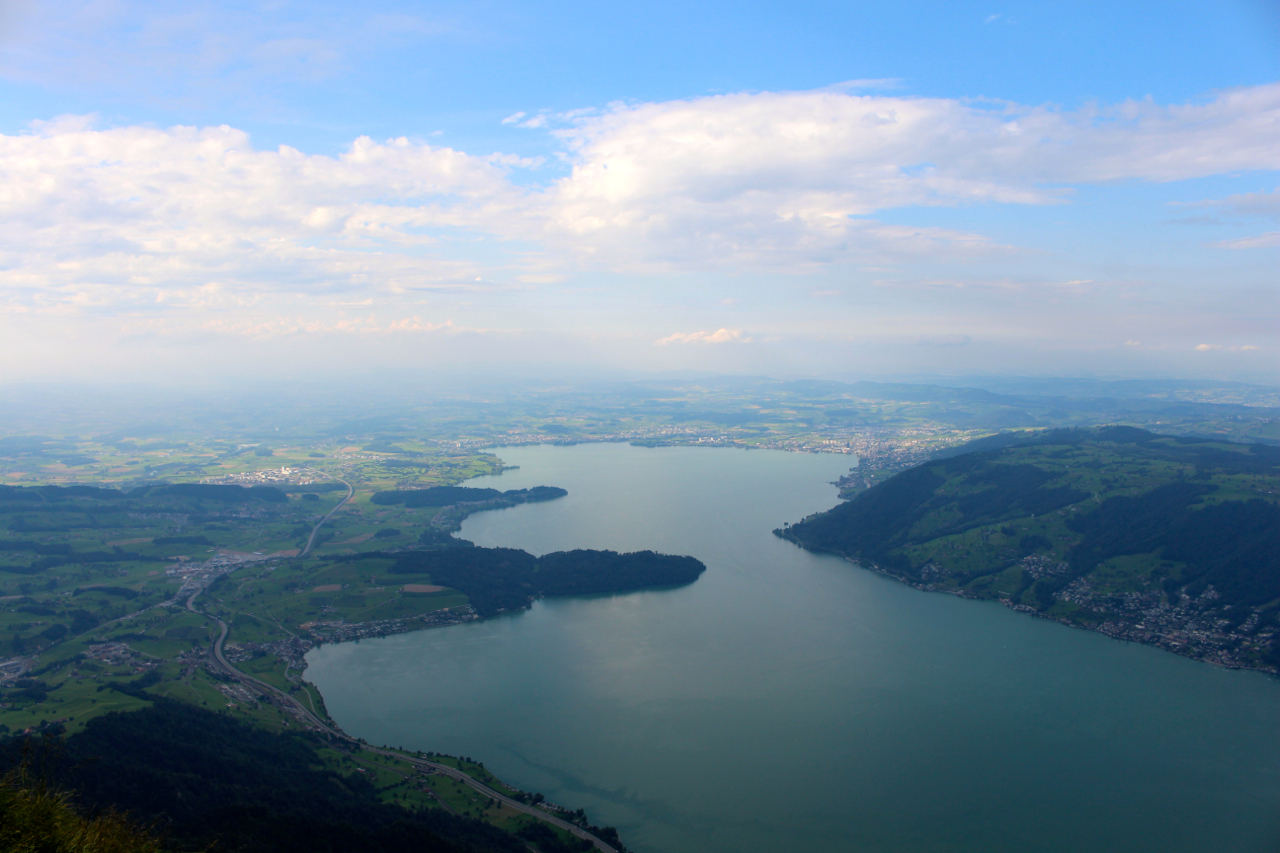 Yes, I did start hiking part of the way up the mountain. It was my first solo hike. And it was supposed to rain later. 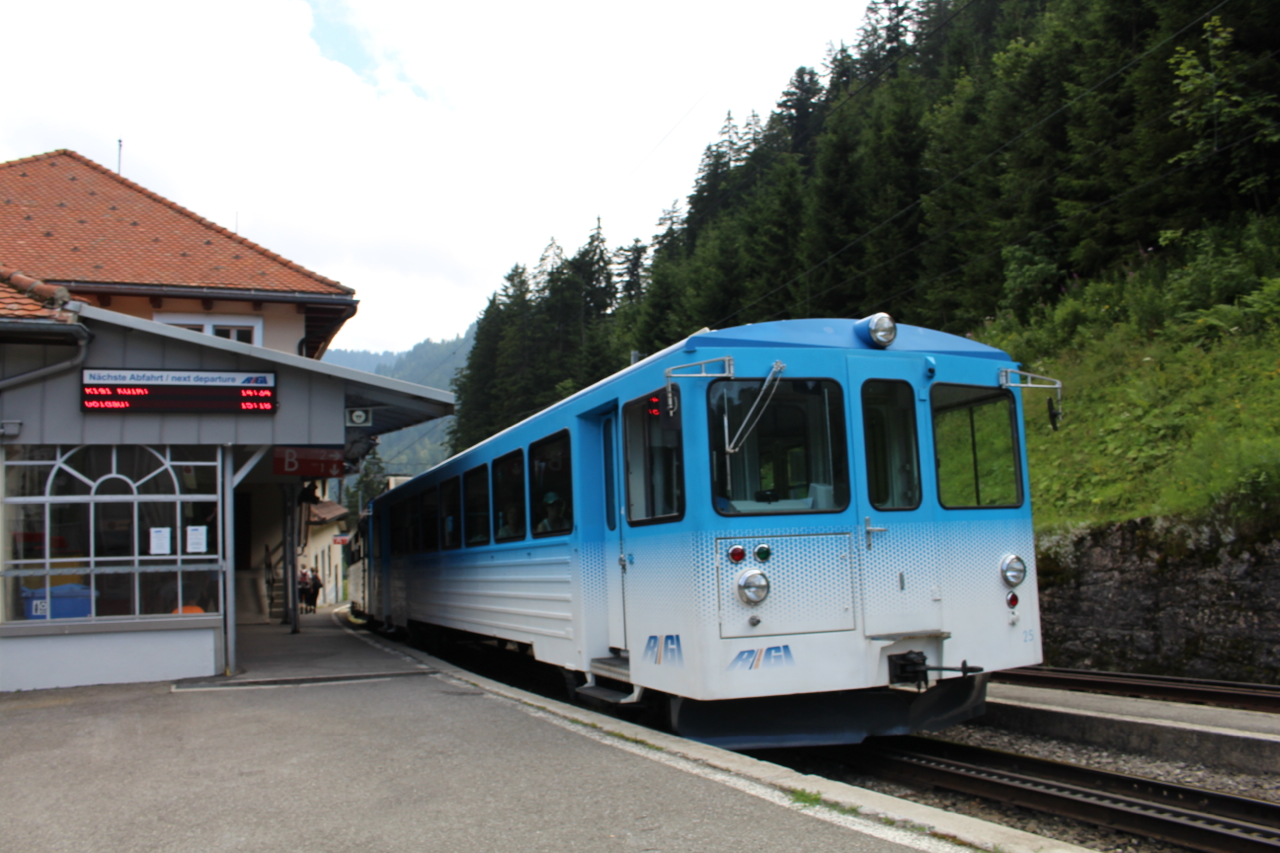 Luckily, from the start only clear skies were to be seen. 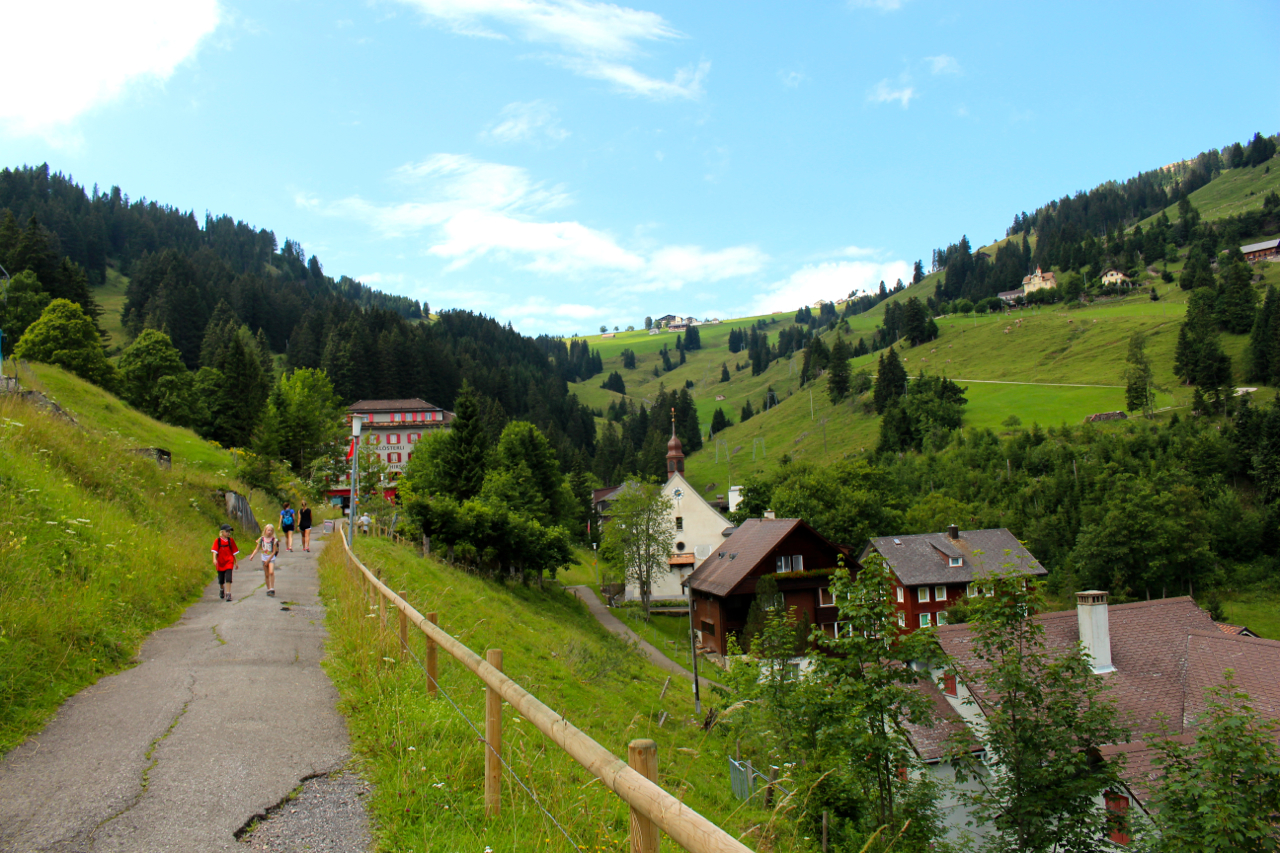 Starting off on my journey from Rigi Klösterli

At first, I worried about getting lost. My mind jumped ahead to imagining me as the main character in the Stephen King novel, The Girl Who Loved Tom Gordon (props to anyone who knows this book). Then I noticed a really nice Swiss couple on my hike. I made sure they always kept walking in my direction. 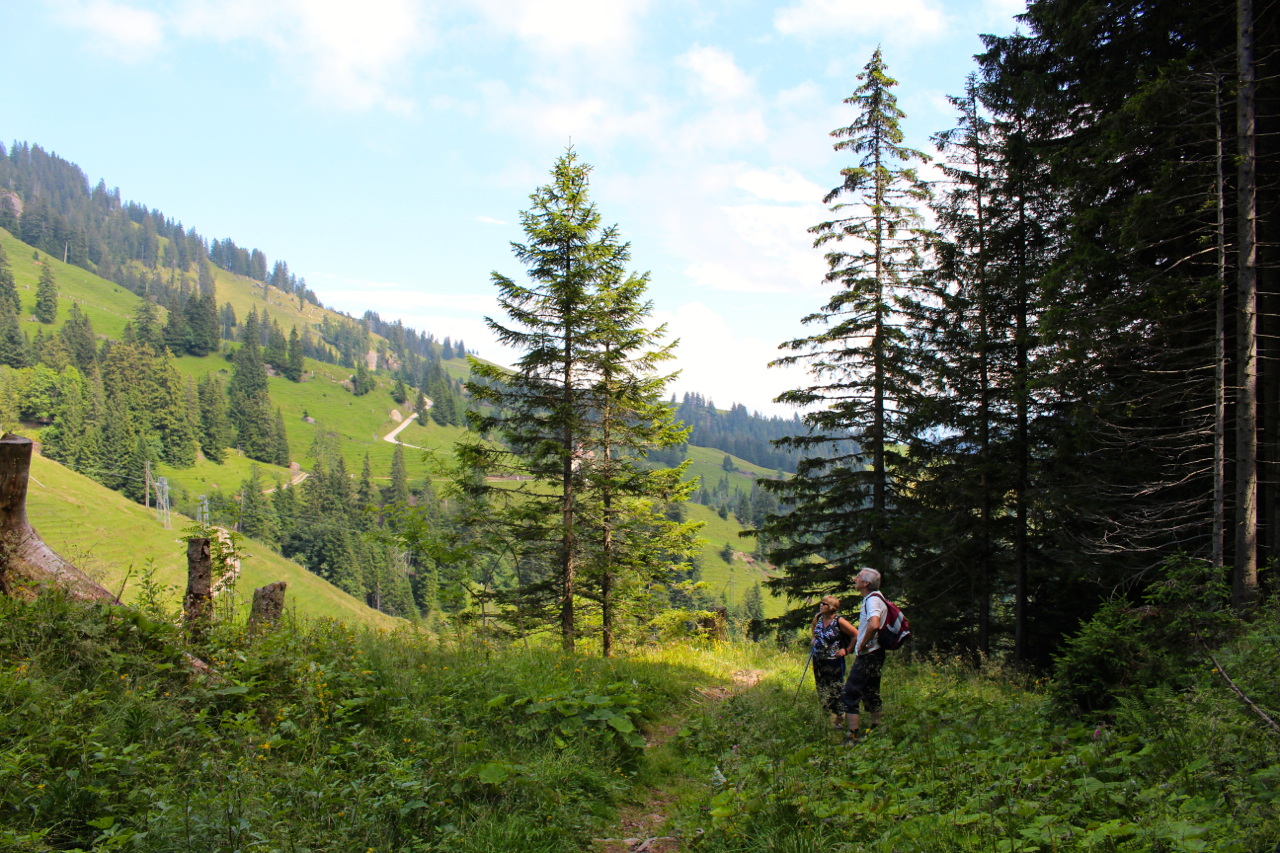 He knew interesting facts about Rigi, if only I spoke Swiss German

Finally, I really did meet the couple, and we became fast friends. We bonded over the fact that California doesn’t have enough rain, and Switzerland has too much. But because it still wasn’t raining yet, they could point out people paragliding in the distance. 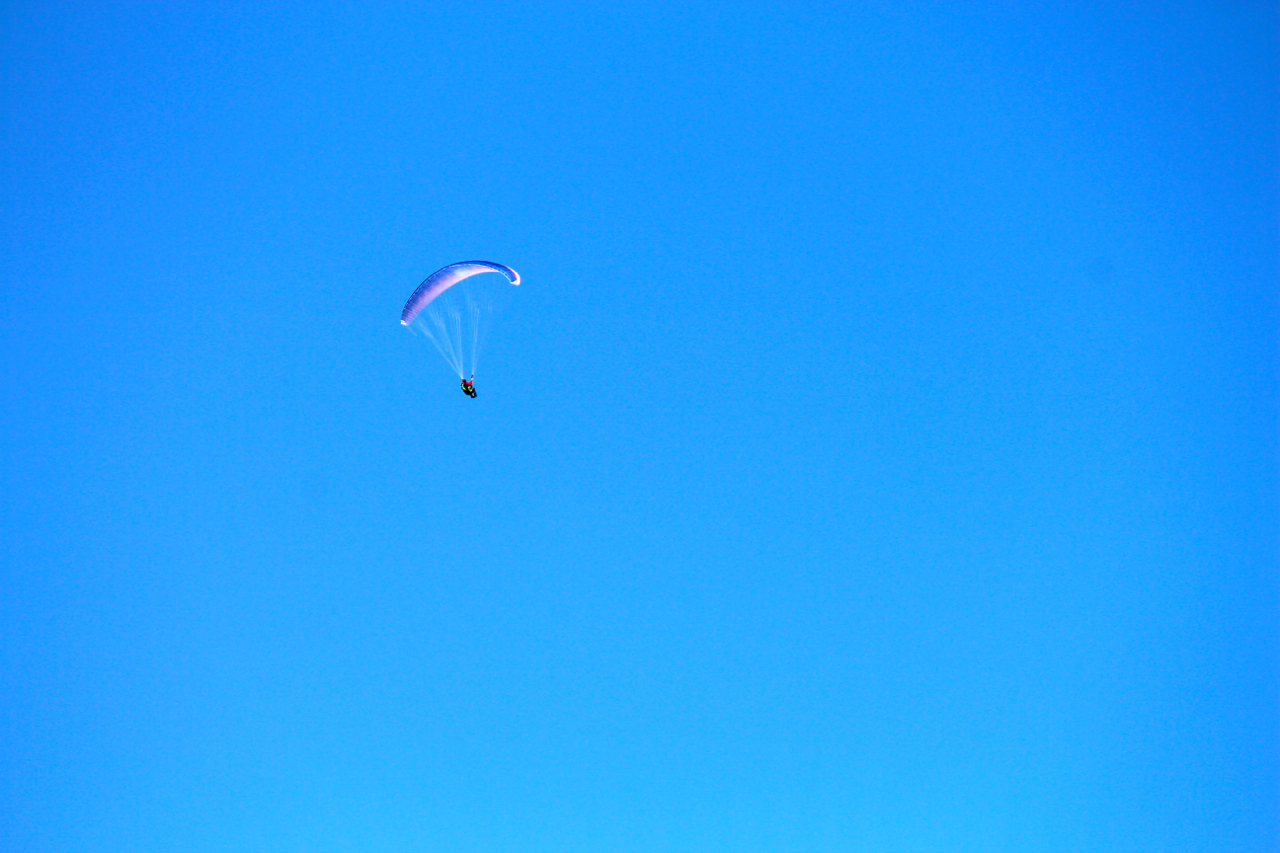 You may have noticed that the sky is extremely blue in that last photo. The paraglider took off from Rigi Kulm, the peak of the mountain. As the clouds sunk lower into the town and the surrounding smaller mountain range, the sky only brightened more around the peak. 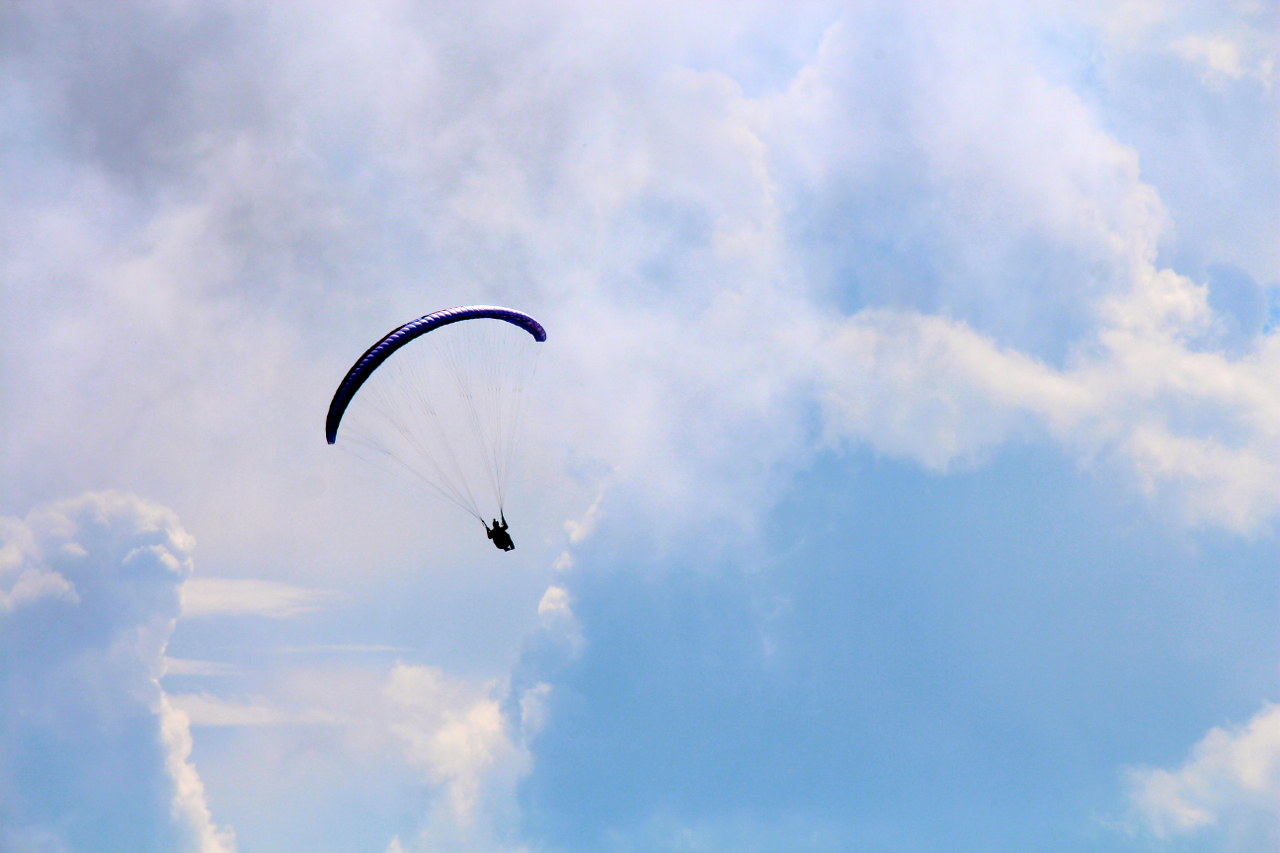 Another paraglider, this one farther from the peak and clear skies

On my adventure, I stumbled across a lot of wildlife. 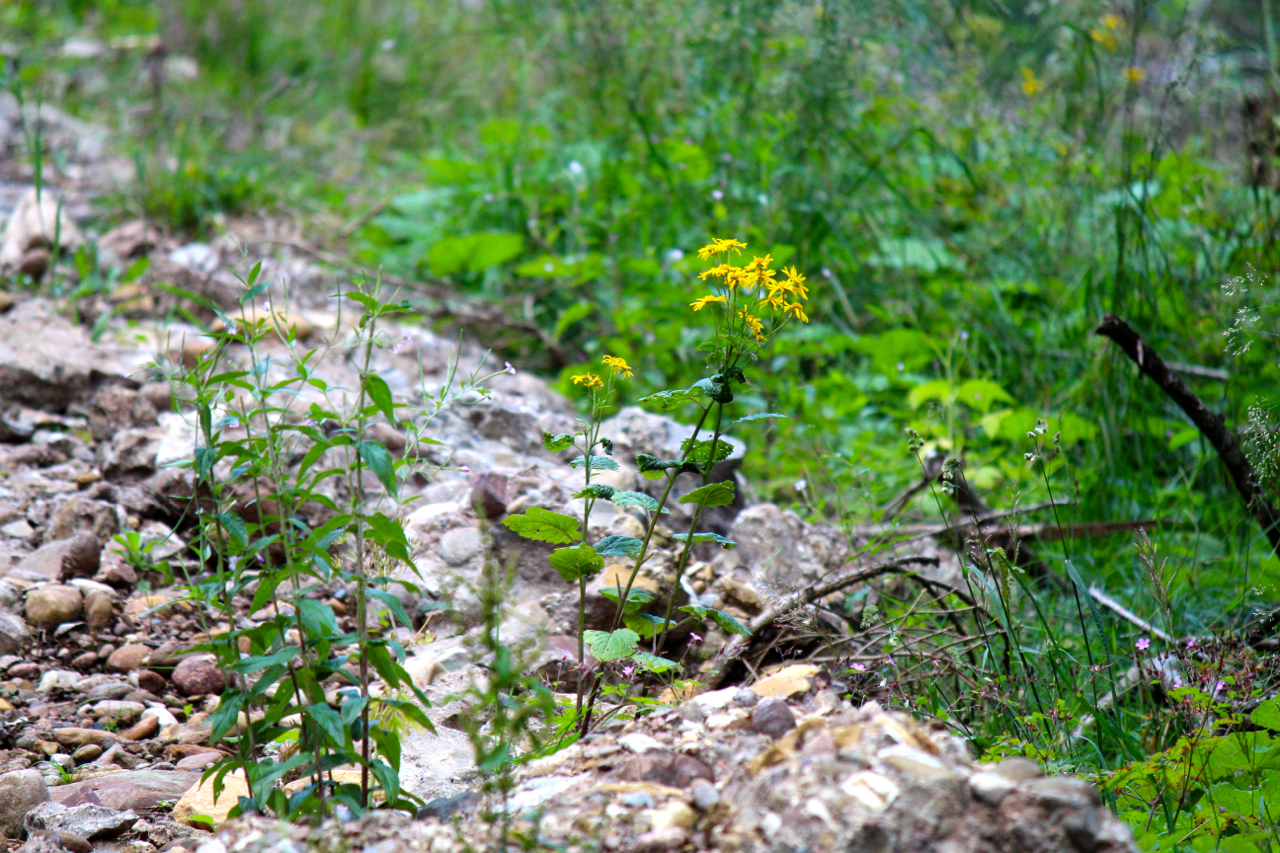 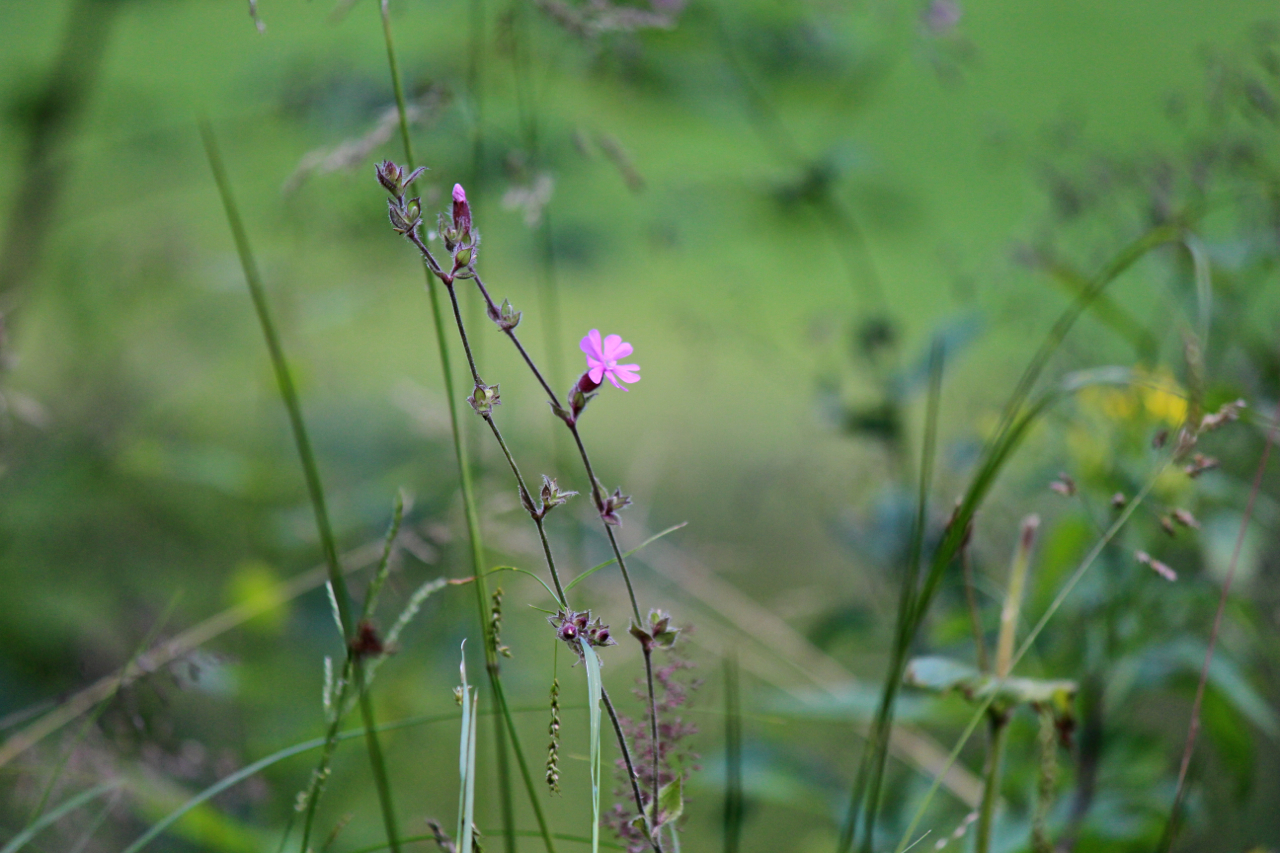 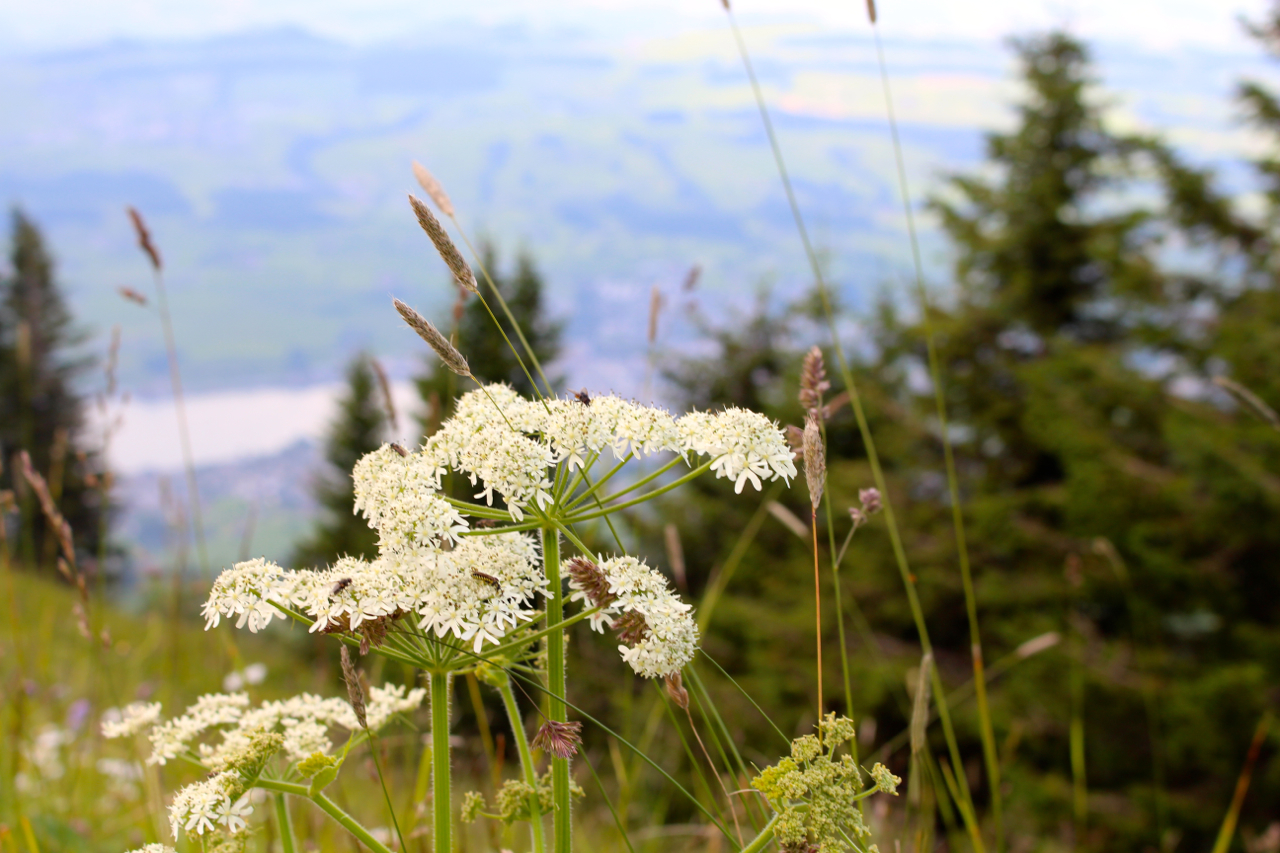 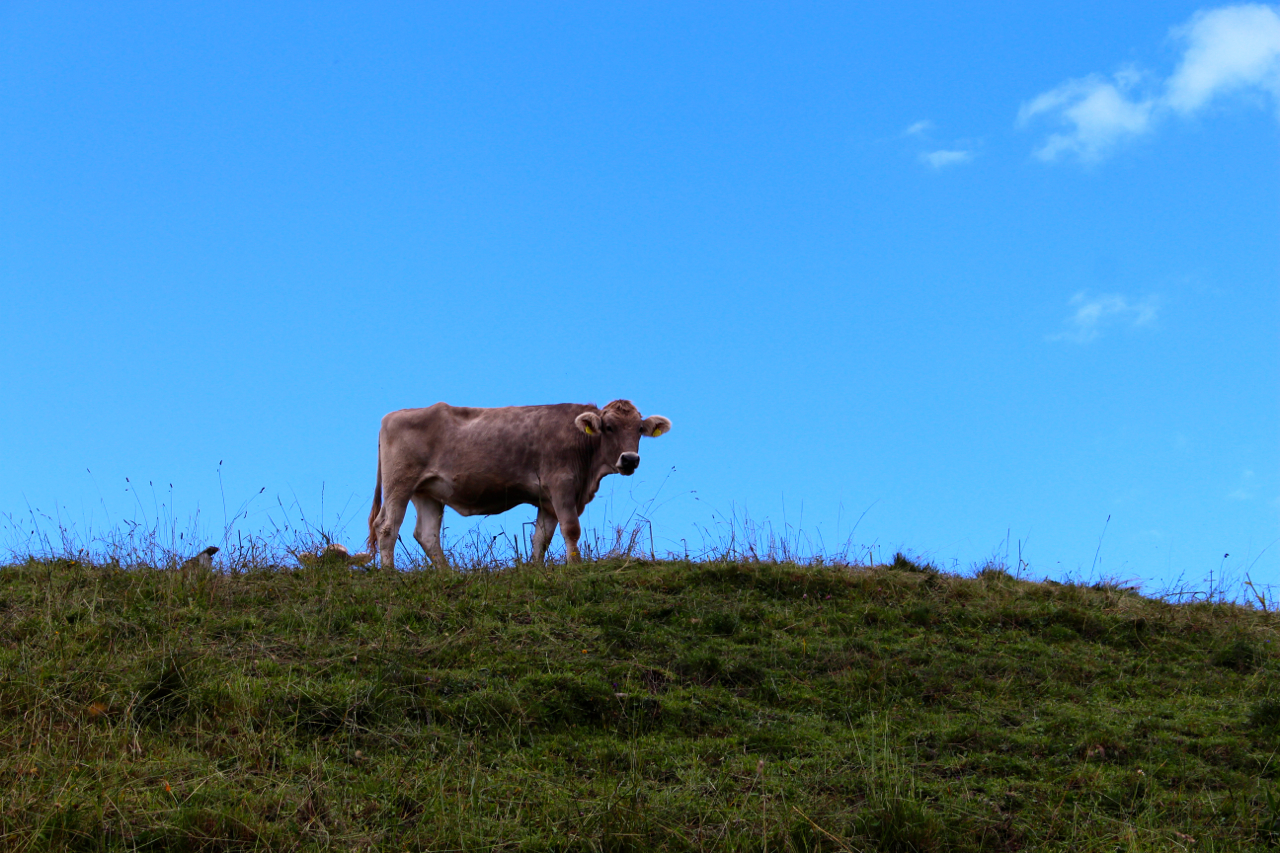 The cows happened to be especially amooooosing. 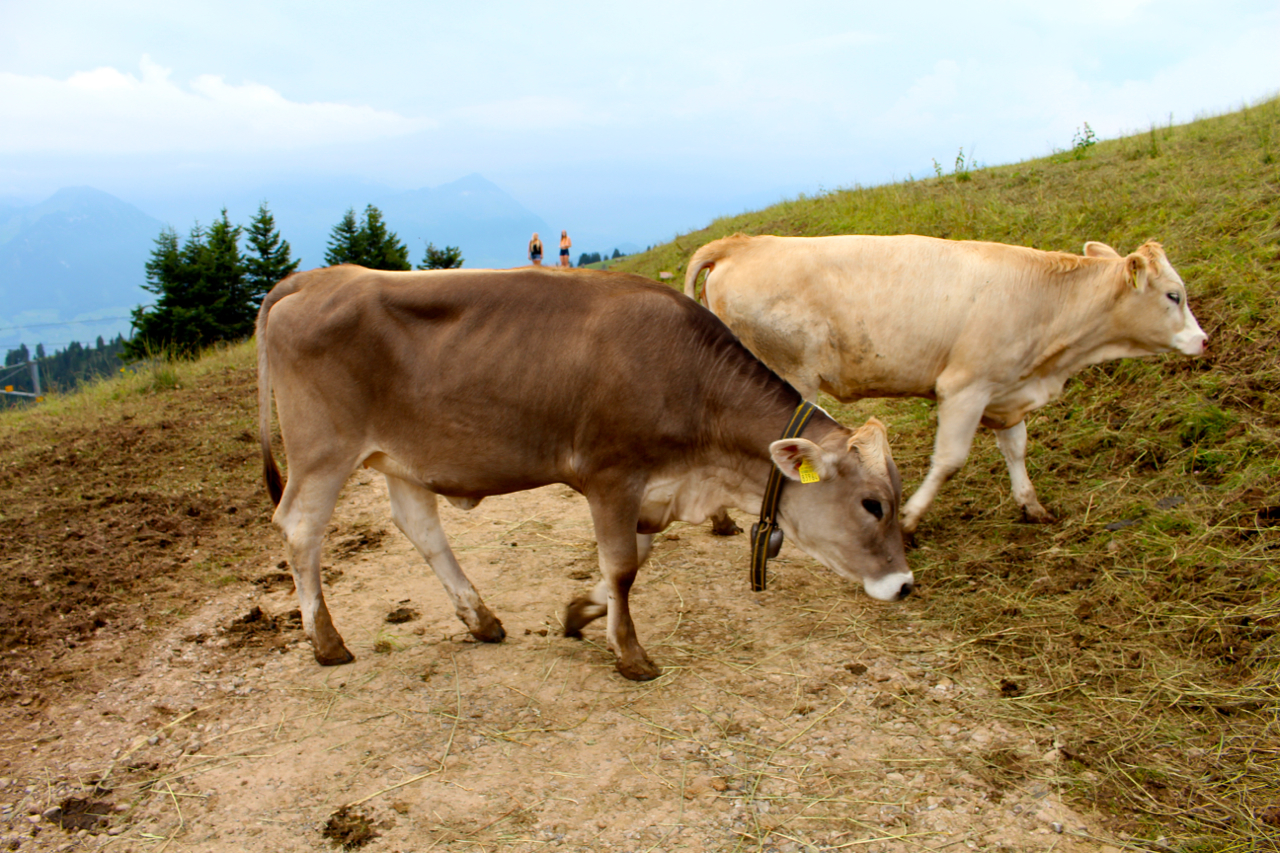 Why’d the cows cross the road? 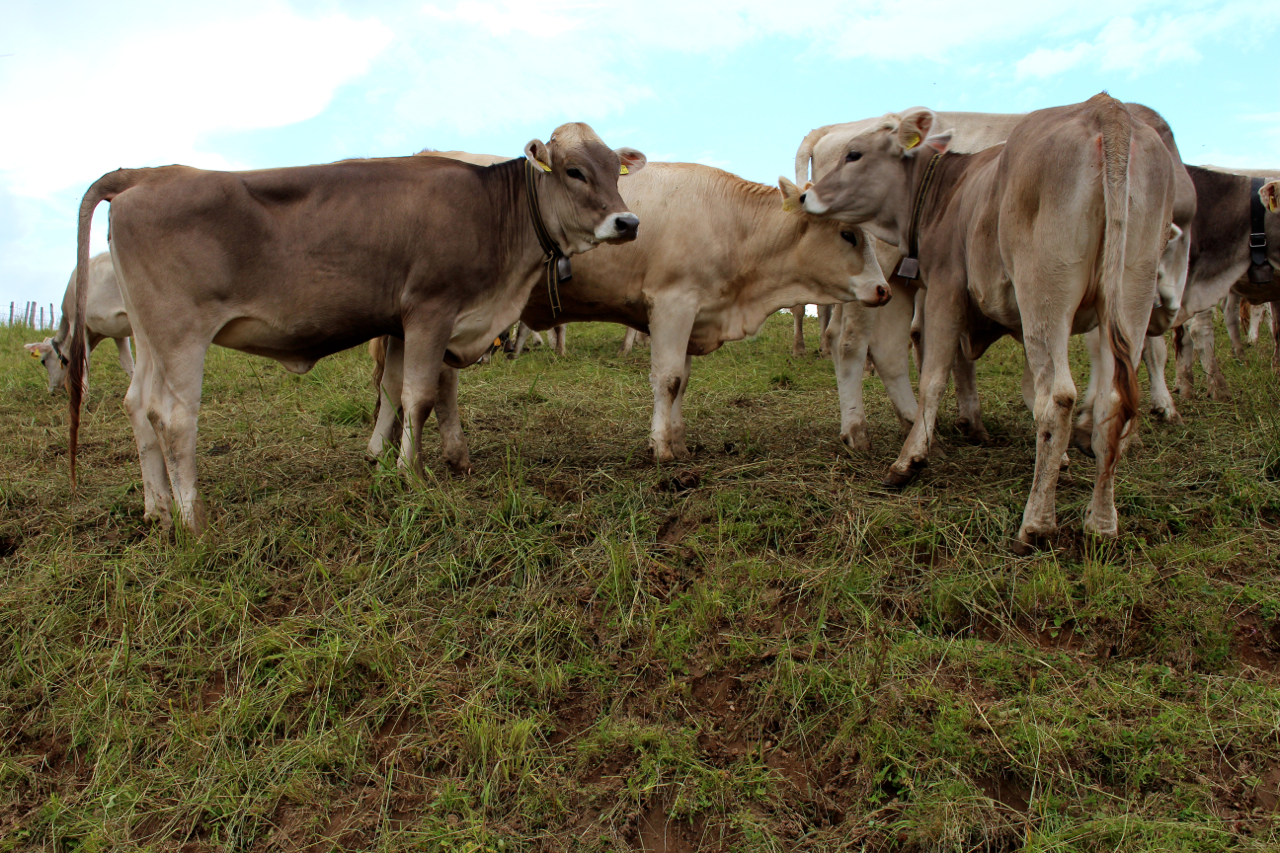 To hang with their crew — “You ain’t one of us! Moooove on!”

Stop giving me that look.

Anyway, there were some breathtaking views. 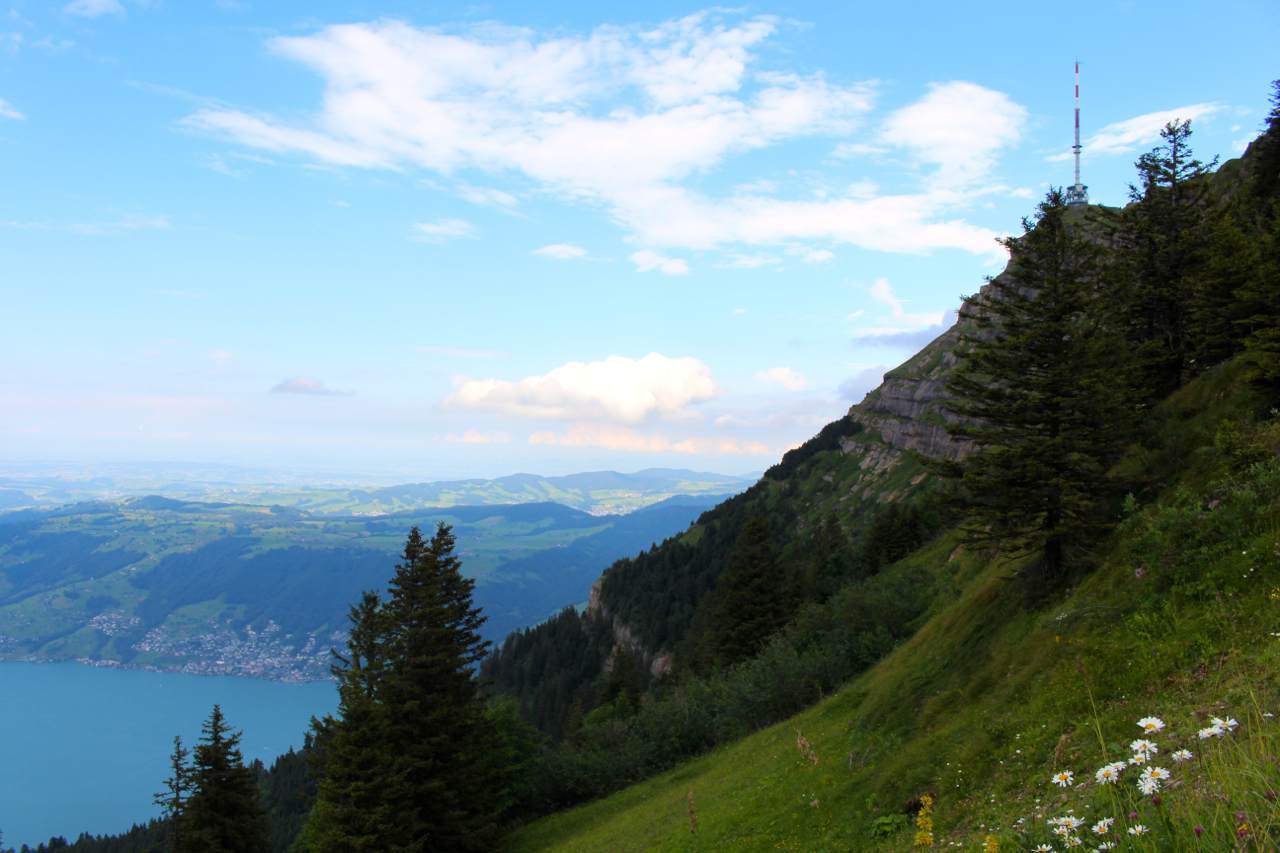 I’m trying to get up there… 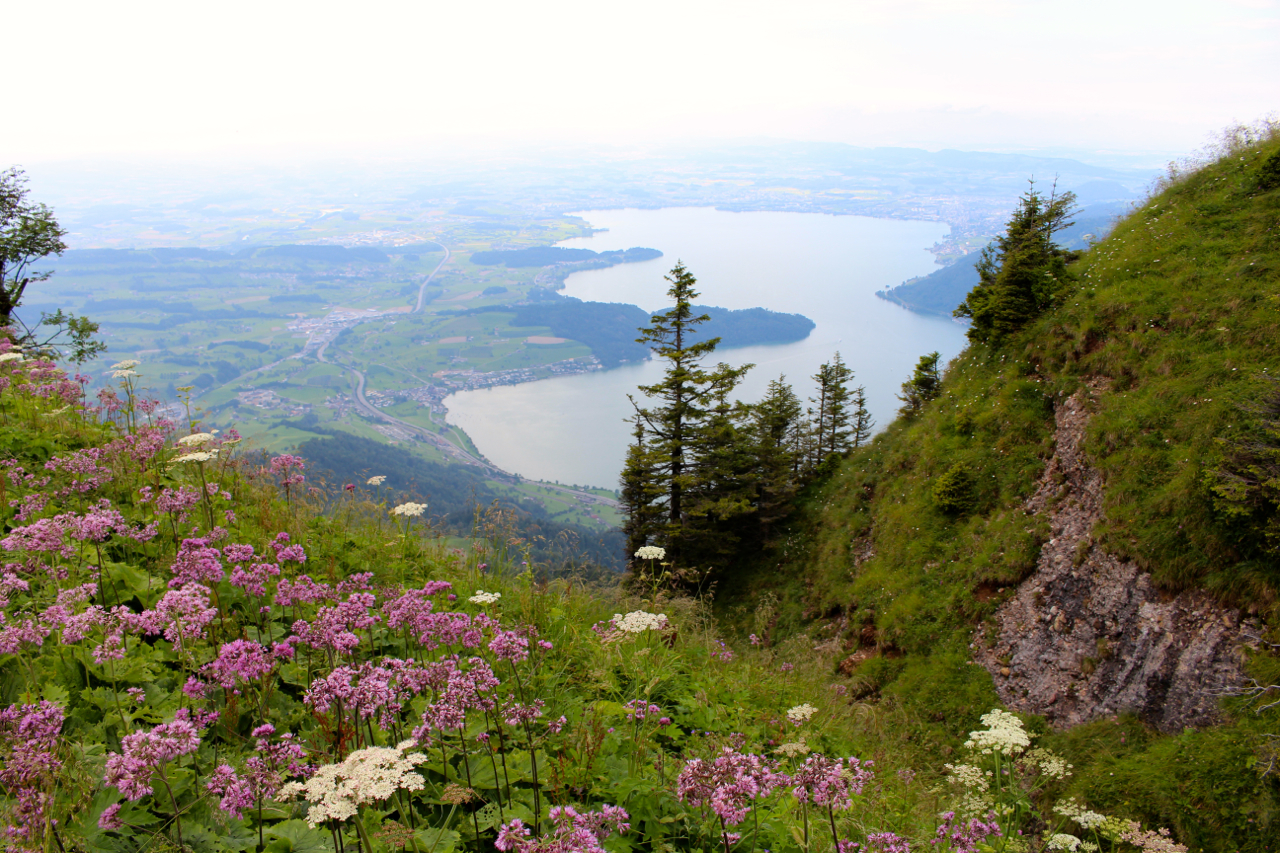 …But I can stop and smell the flowers along the way

And a trail steeped in history. 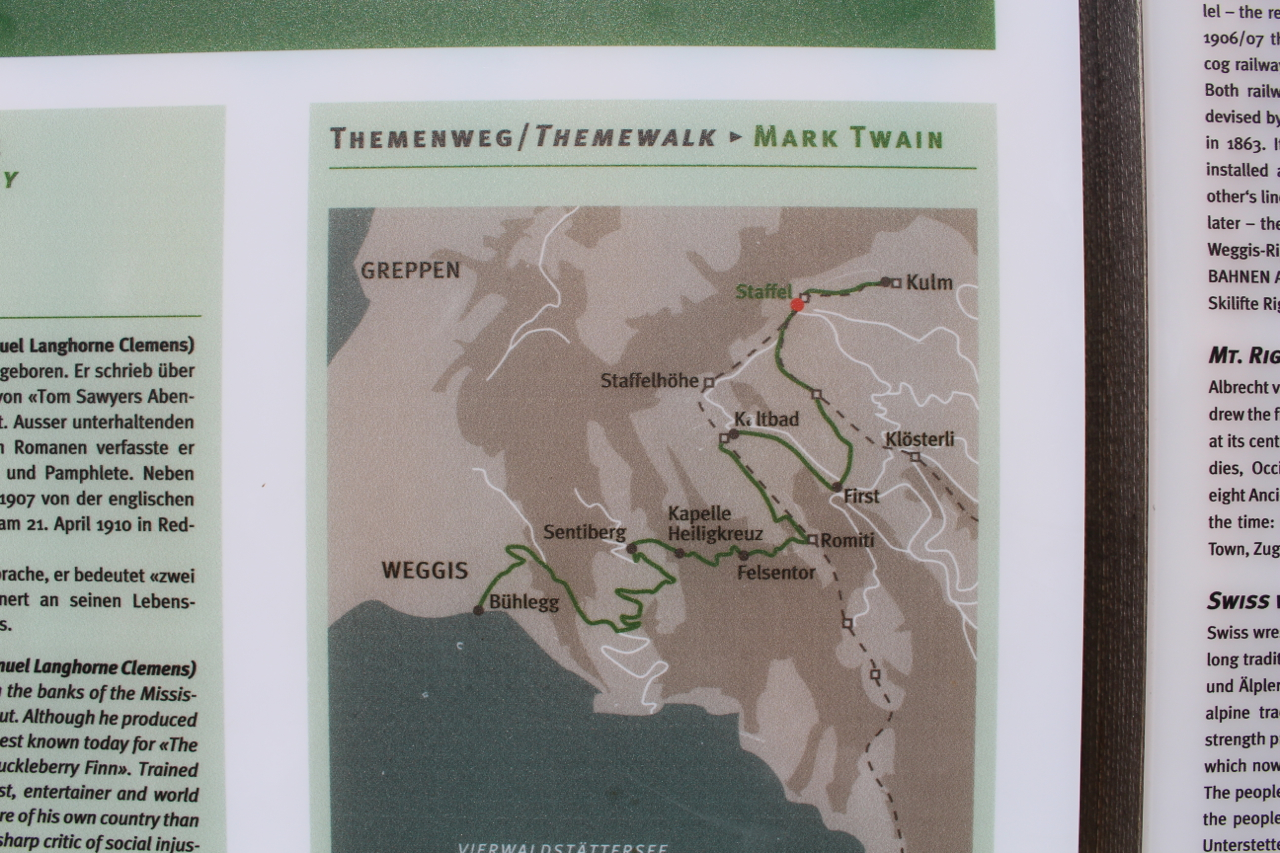 Then I finally made it to the top. 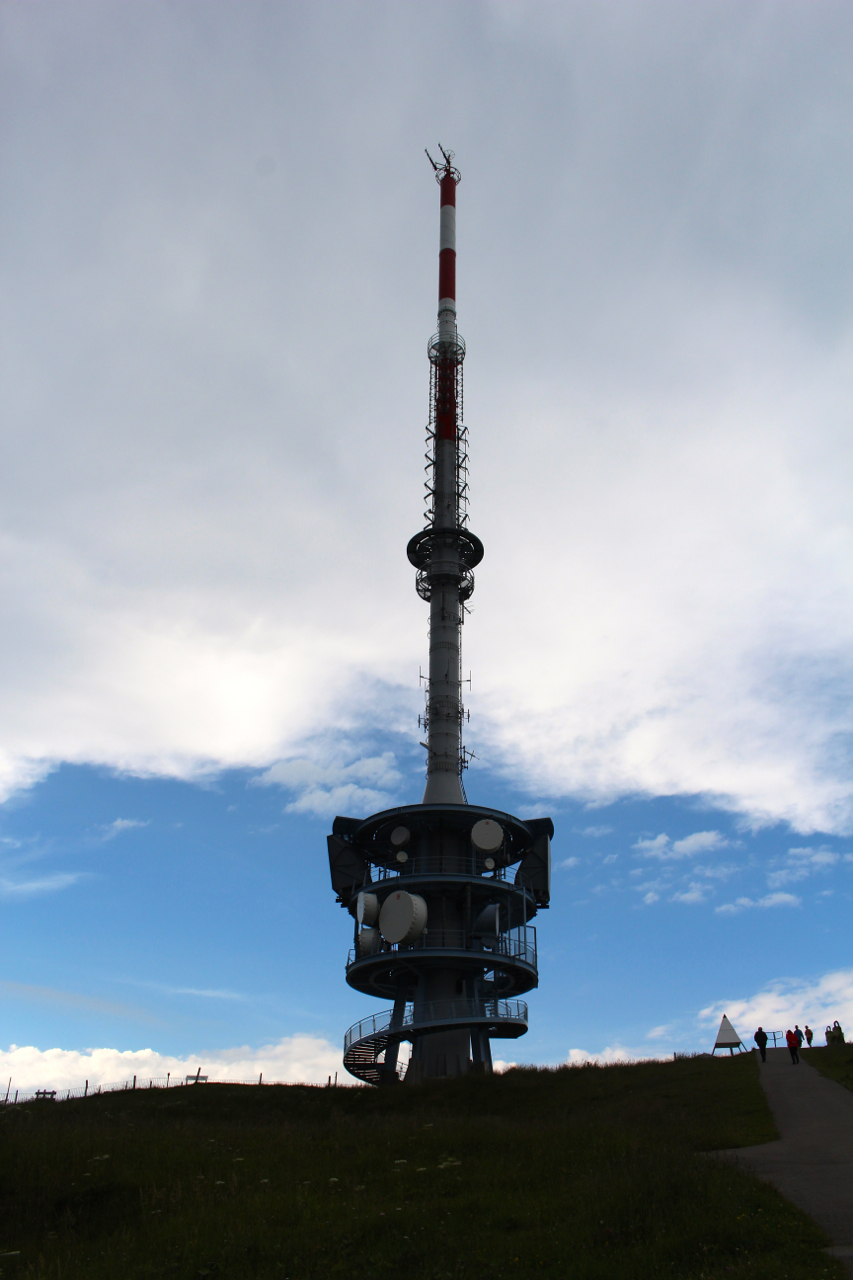 On the last leg of my hike, thunder echoed through the land below. I sensed rain approaching, but it never dared to intrude on Rigi Kulm.

To celebrate my victory over nature, I enjoyed a hearty meal at Rigi Kulm’s very own restaurant and hotel. 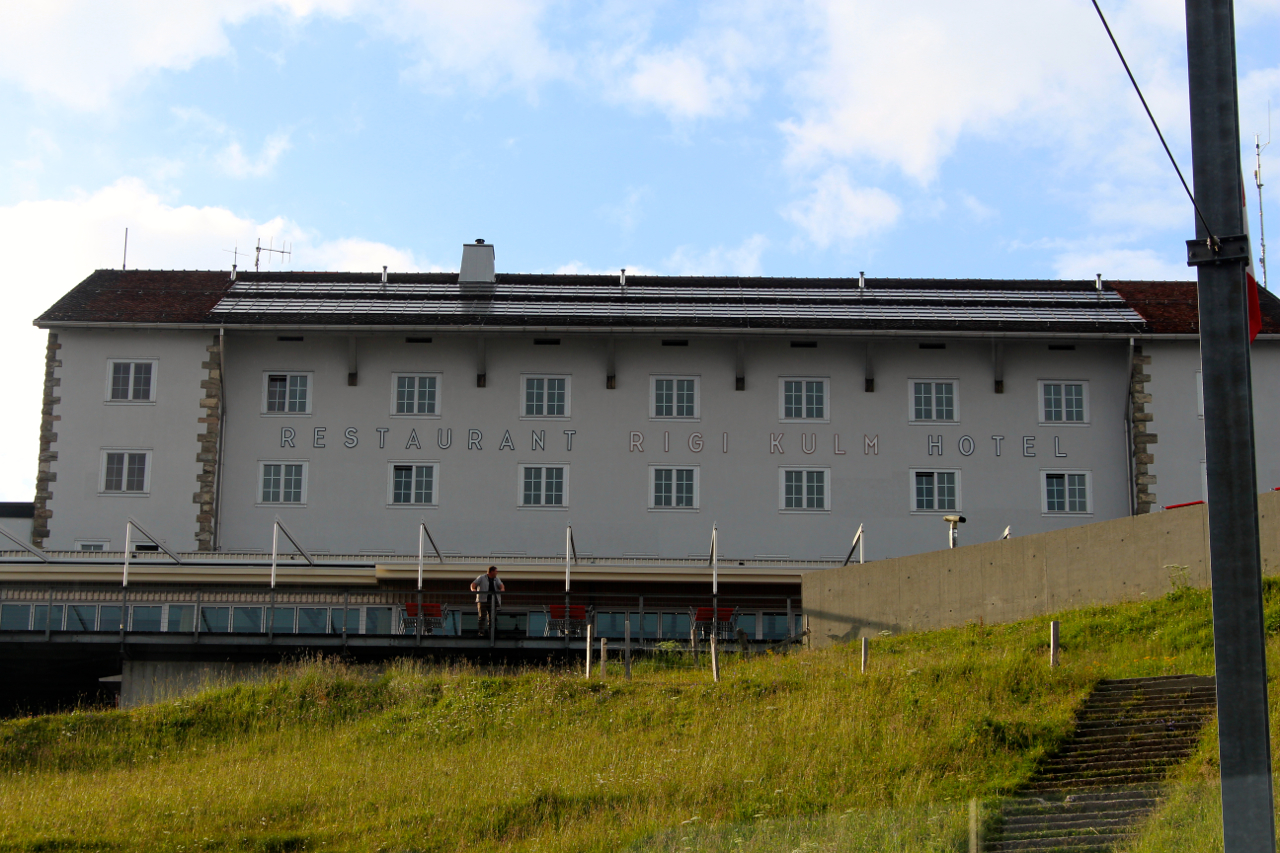 It may not be as grand, but it reminded me of the Grand Budapest Hotel

Alas, the rain descended — at 7:04 PM to be exact. I know, because at that very moment I had taken my seat in the cogwheel train for my ride back down the mountain.

Maybe it didn’t not rain for Rigi Kulm…maybe it had been for me all along.