This is a post I’ve been meaning to write up for a long time, but I had to wait until after I gave the presents to their respective recipients. You’ll understand soon enough.

Basically, after those first green turtles, 3D printing became somewhat of an obsession. I had access to printers in the Invention Lab, an internet full of things to print, and only a couple weeks until the end of school.

Read on for my descent into madness.

adVENTure: paint with the wind

For my final Critical Making project, my group and I built a wind-activated paint spinner. I worked with my groupmate Molly in 3D printing propellers to convert the wind to voltage.

Propellers in place at the bottom of our device

We printed endless amounts of propellers, because we didn’t know if they would be able to withstand the wind when we finally tested the project. The wings and center piece also didn’t print as one object. We had to “glue” together the wings and the center piece for each set of propellers. By “glue”, I mean brush the surfaces of the two pieces we wanted to stick together with ammonia. Ammonia melts the plastic surfaces together, leaving a tighter bond.

To see more of the project, view its Hackster page.

But this wasn’t enough for me. I learned the machine — now I needed to master it.

Adventure Time, and then some 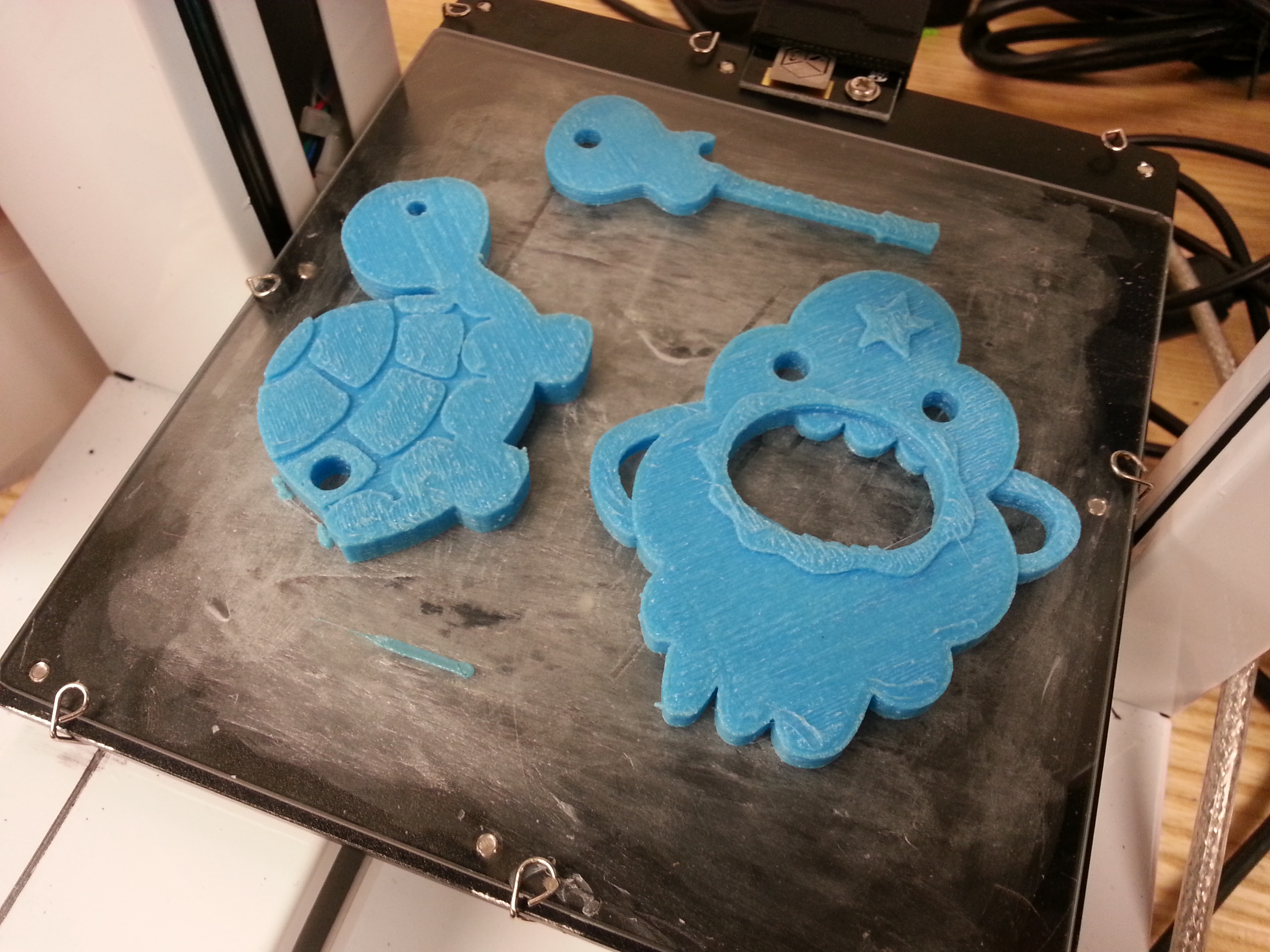 There’s the turtle from before, plus his very own guitar. Oh, and there’s none other than Lumpy Space Princess. That’s right, LSP printed to perfection with glow-in-the-dark plastic. 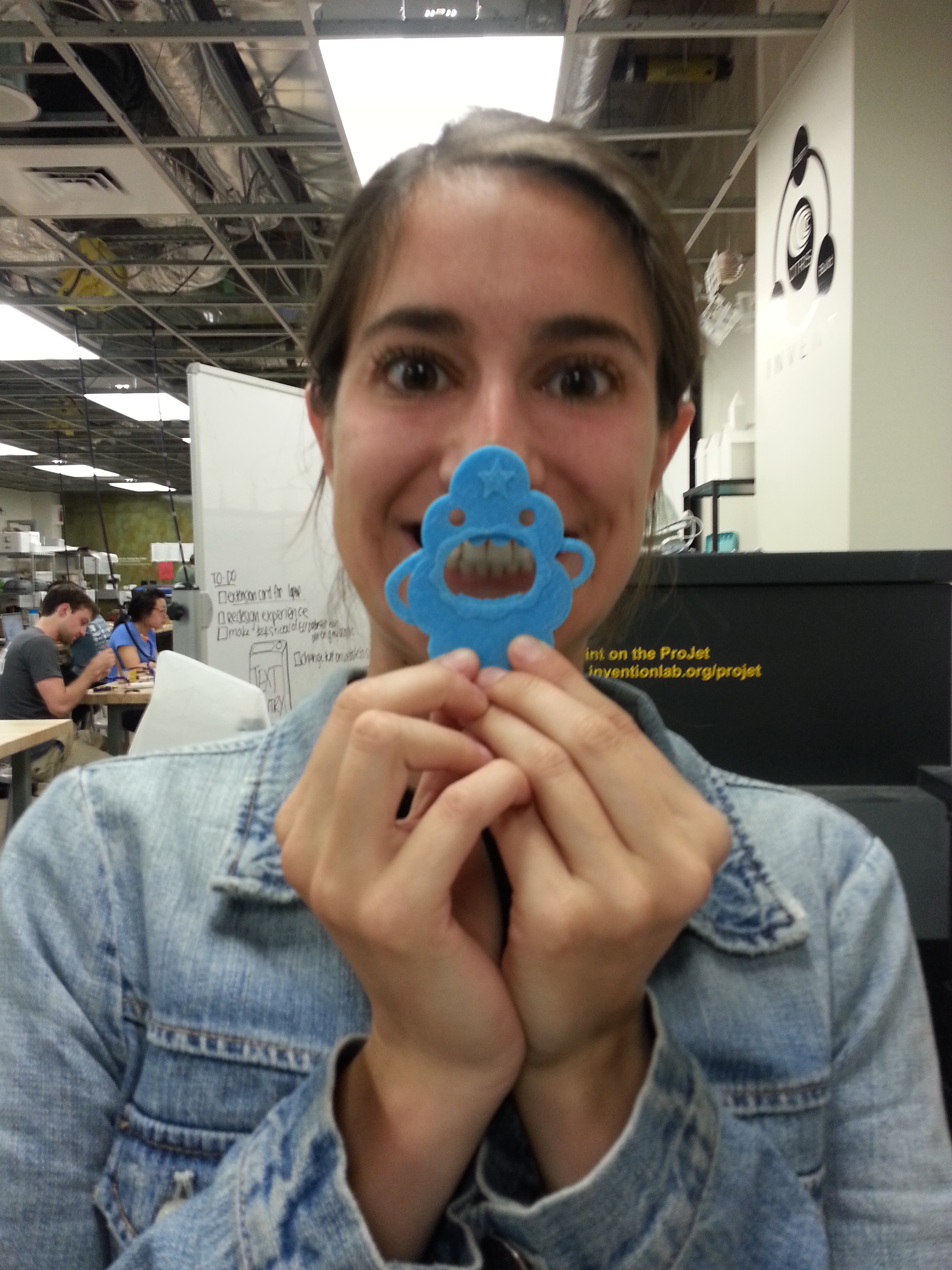 Then I realized my brother’s birthday and mother’s day were both coming up in less than a week, and I knew what I had to do. It was time to face my toughest challenge on the 3D printer yet.

My mom loves technology. She’s a proud early adopt of the first iPad. Many tablets later, I knew what the right present would be. 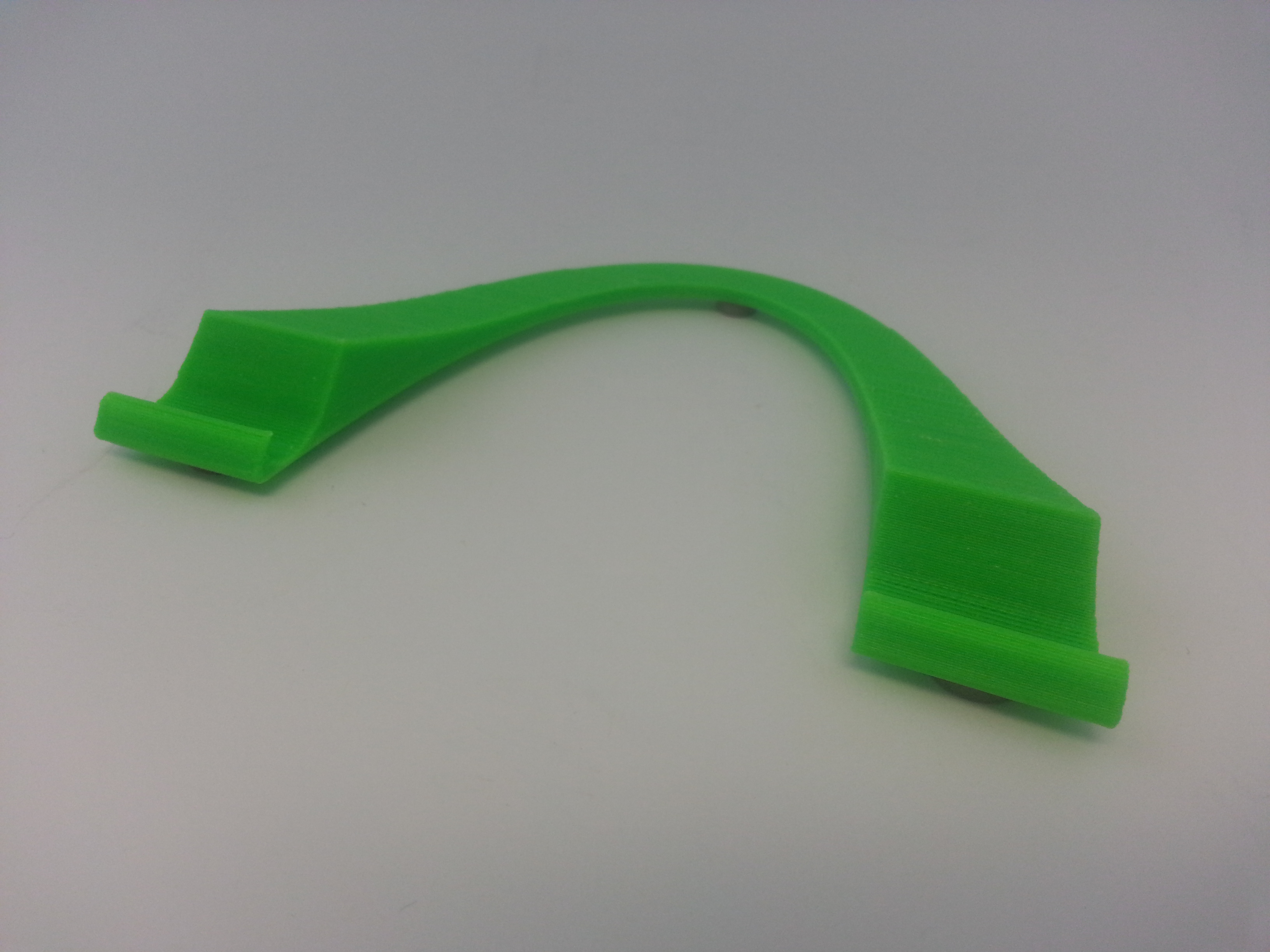 I 3D printed her a stand for the iPad Air that even worked with my Nexus 7. This was a good sign, because she didn’t want to only use it for her iPad. Versatile! 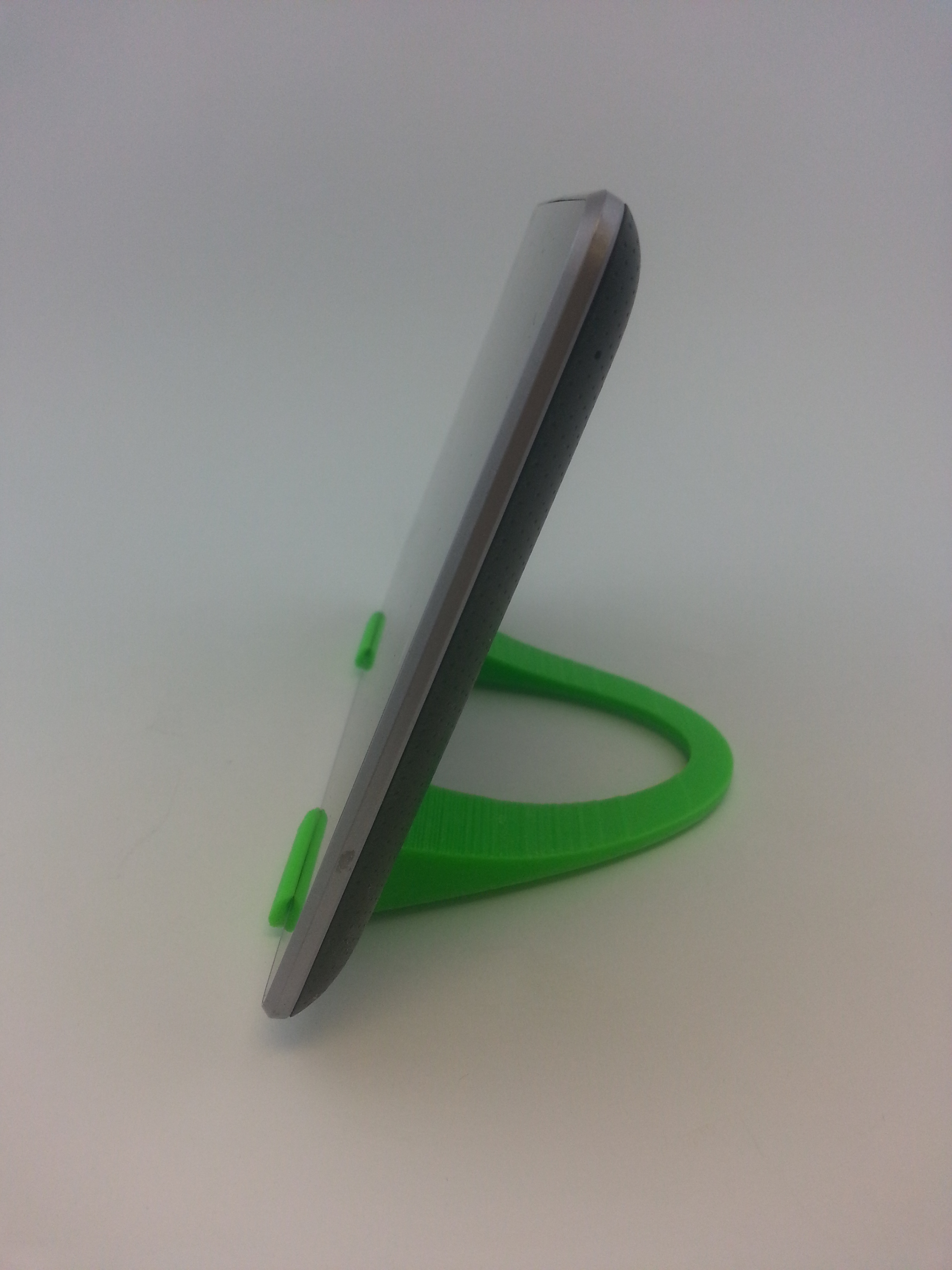 The difficult part of printing the stand was making sure that it could fit on the printer platform. I had to angle it just right in the 3D printing software so that the edges of the stand didn’t touch the edges of the space provided — if that happened, the nozzle of the printer would smash into the clips holding the piece of glass in place that I was printing on. Not good. Luckily, after a bit of maneuvering, it all worked out!

As for my brother’s present…I’ll save that photo montage for another post. It deserves it. Let’s just say it took over 18 hours combined to print his present.

I actually printed my brother’s present first, while still working on my Critical Making project. I printed my mother’s present the day before my last final exam. Instead of studying for said exam. This is what 3D printing has done to me.

I’m trying to cope with the loss of 3D printing this summer, but it hasn’t been pretty. I had a dream that I printed an airplane to get back to the Invention Lab. Okay, that’s a lie, but I have been preaching the positives and advancements in 3D printing to everyone I can. Truth.

I’m saving my brother’s present for another post to make up for the lack of 3D printing-related posts this summer. Until then, read about this new 3D printer for makeup if you haven’t already.