After a day of clouds comes a day of blue skies. The sun burns my skin. Or tries to, and fails thanks to my dutiful application of sunscreen. Either way, it’s hot. Not swimming-through-the-heat kind of humid. Just hot. The kind of temperature that would have me running for the AC, if there wasn’t a whole new city to explore.

My roommate Natalie and I had hopped on a bus (אוטובוס) to reach a more central area of Tel Aviv. We were in search of two things: the market (שוק) and falafel (פלאפל). My cousins and uncle had shown me a place earlier in the week that had opened my eyes to the possibility that falafel could taste better than I ever imagined so we were obviously going back. 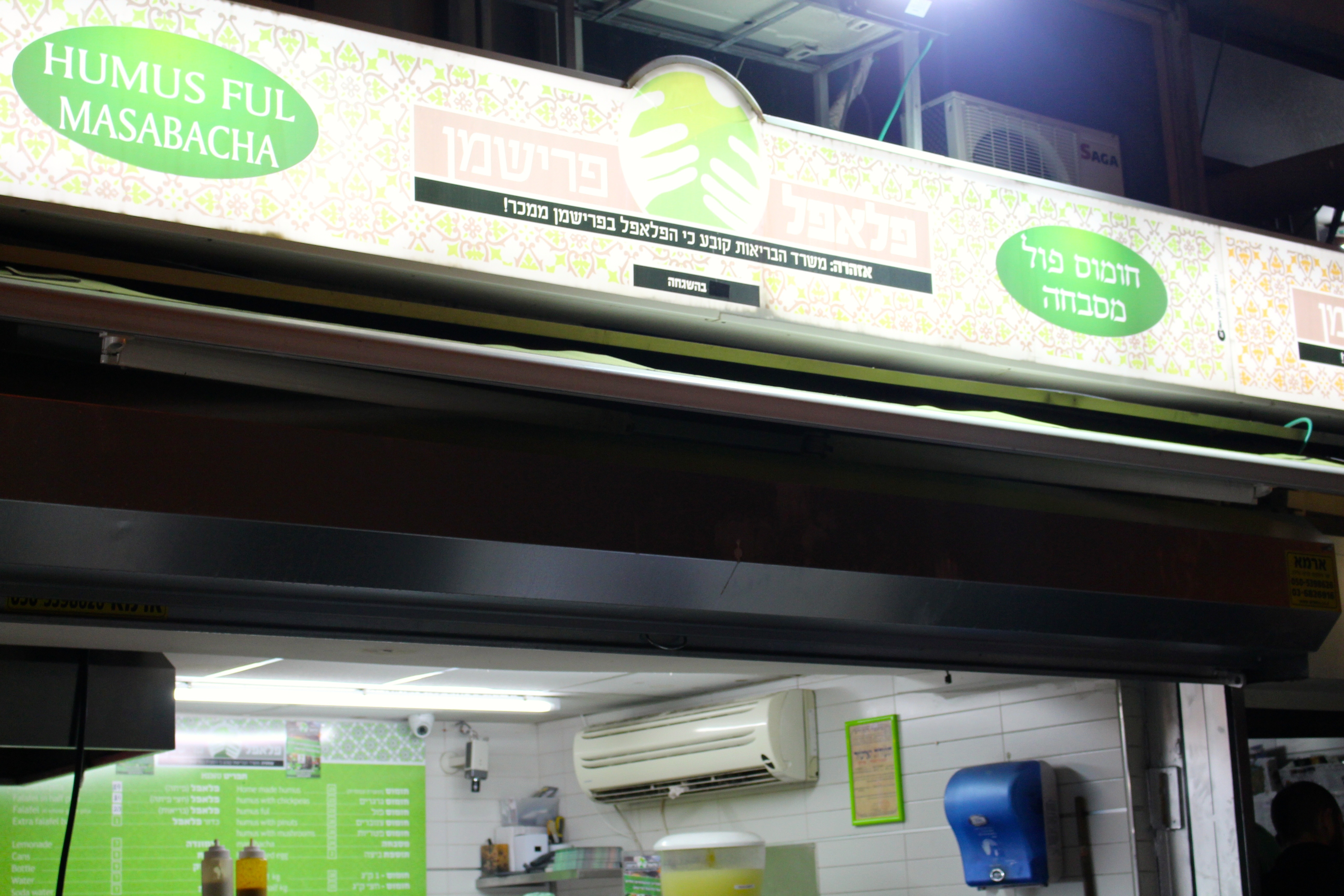 Natalie’s first words after trying the falafel: “So creamy.” Have you ever head falafel described that way before? I think not. This is the good stuff, the real deal. More than just falafel and hummus, this pita wrapped around tomatoes, cucumbers, potatoes, onions, pickles…The falafel wrap was so amazing that all photographs of it had to be destroyed to protect its secrets. You’ll just have to come here and try it yourself.

After our foray into the Israeli culinary arts, it was onto our next endeavor. Luckily for us, the shuk (‘market’ in Hebrew) was only a block away. On the sidewalk we passed people selling everything from jewelry to artwork to puppets that looked like the Israeli cousins of the guys on Avenue Q.

Then, with a turn of the corner, we made it to the shuk. 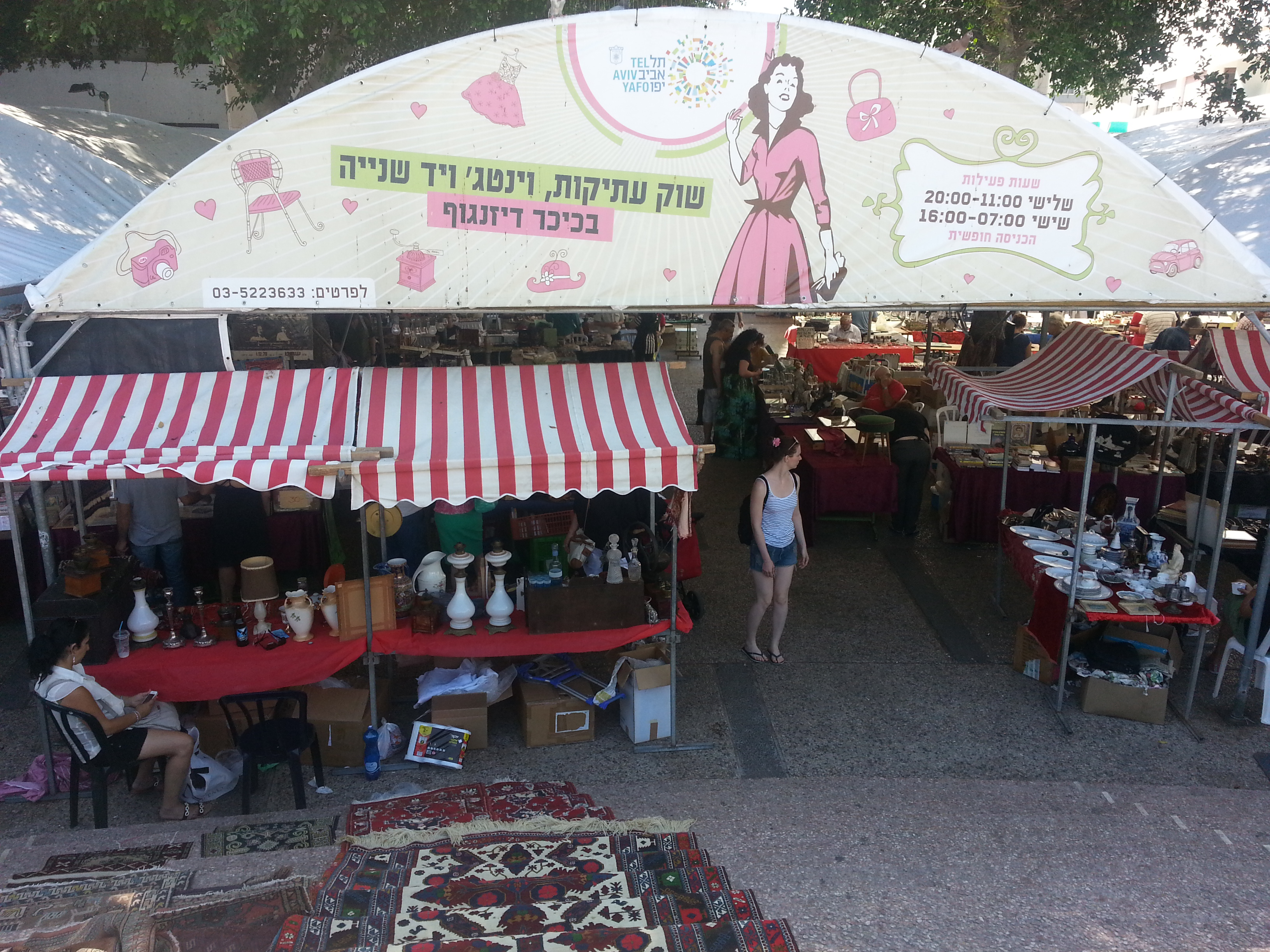 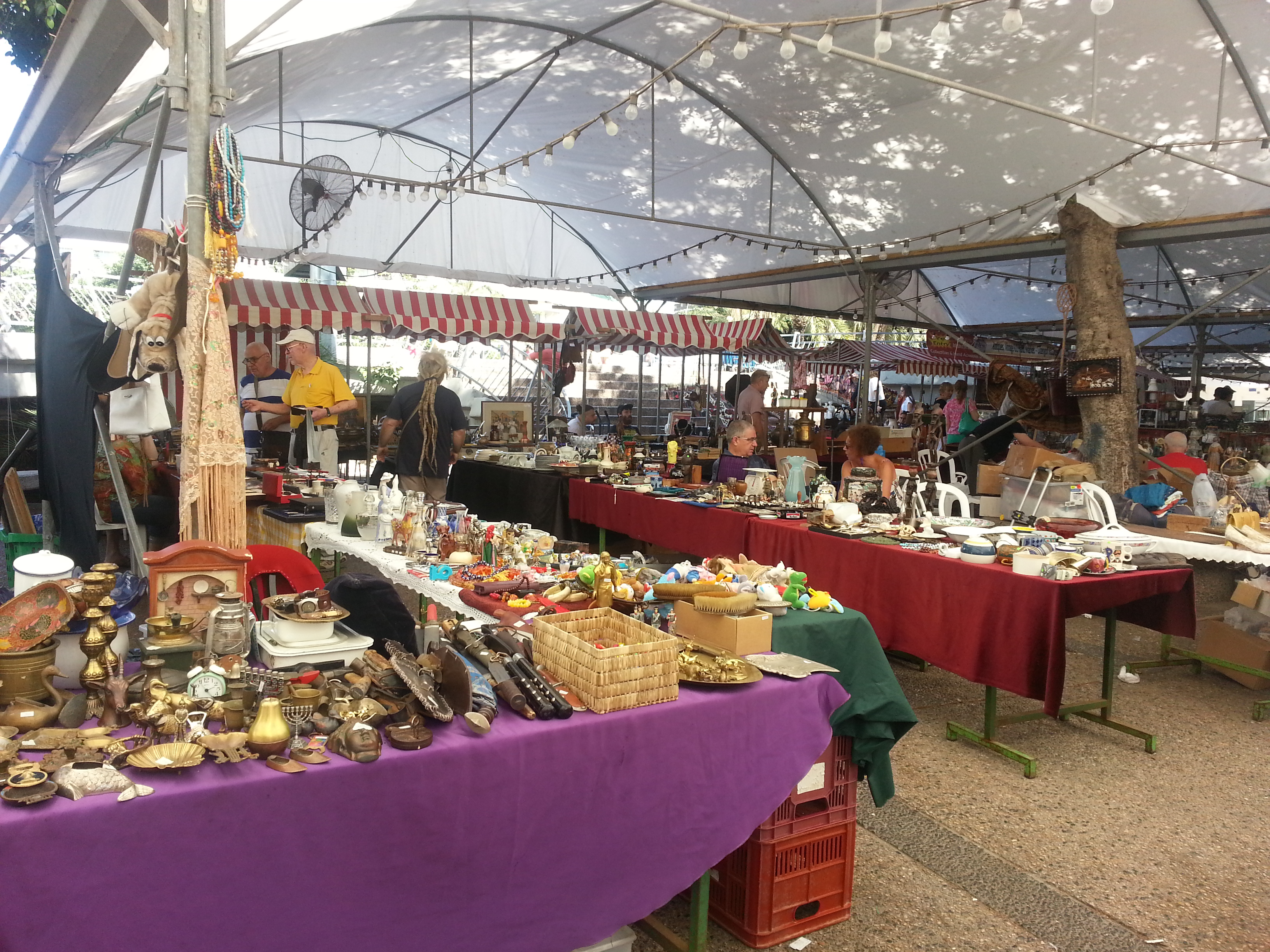 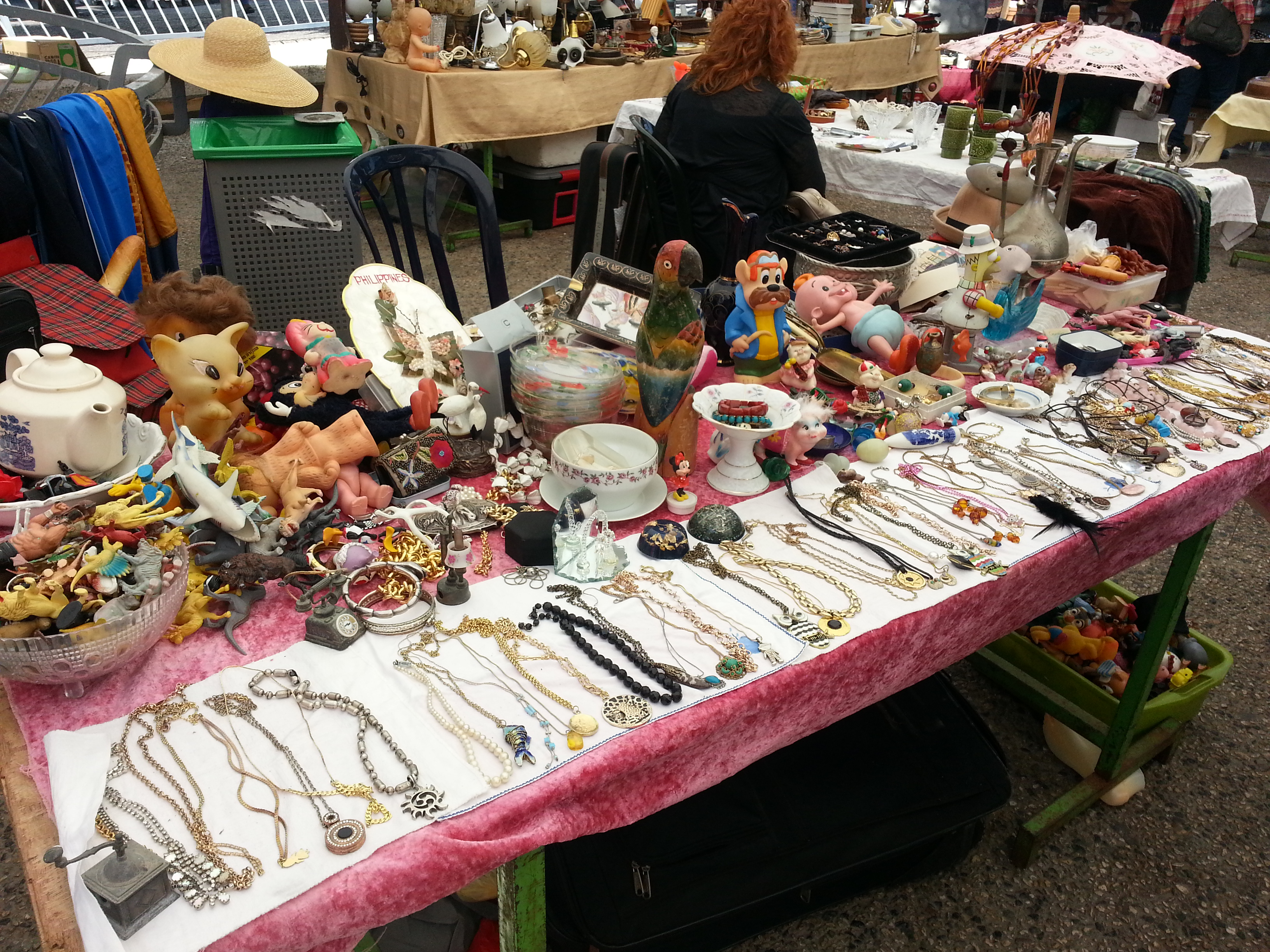 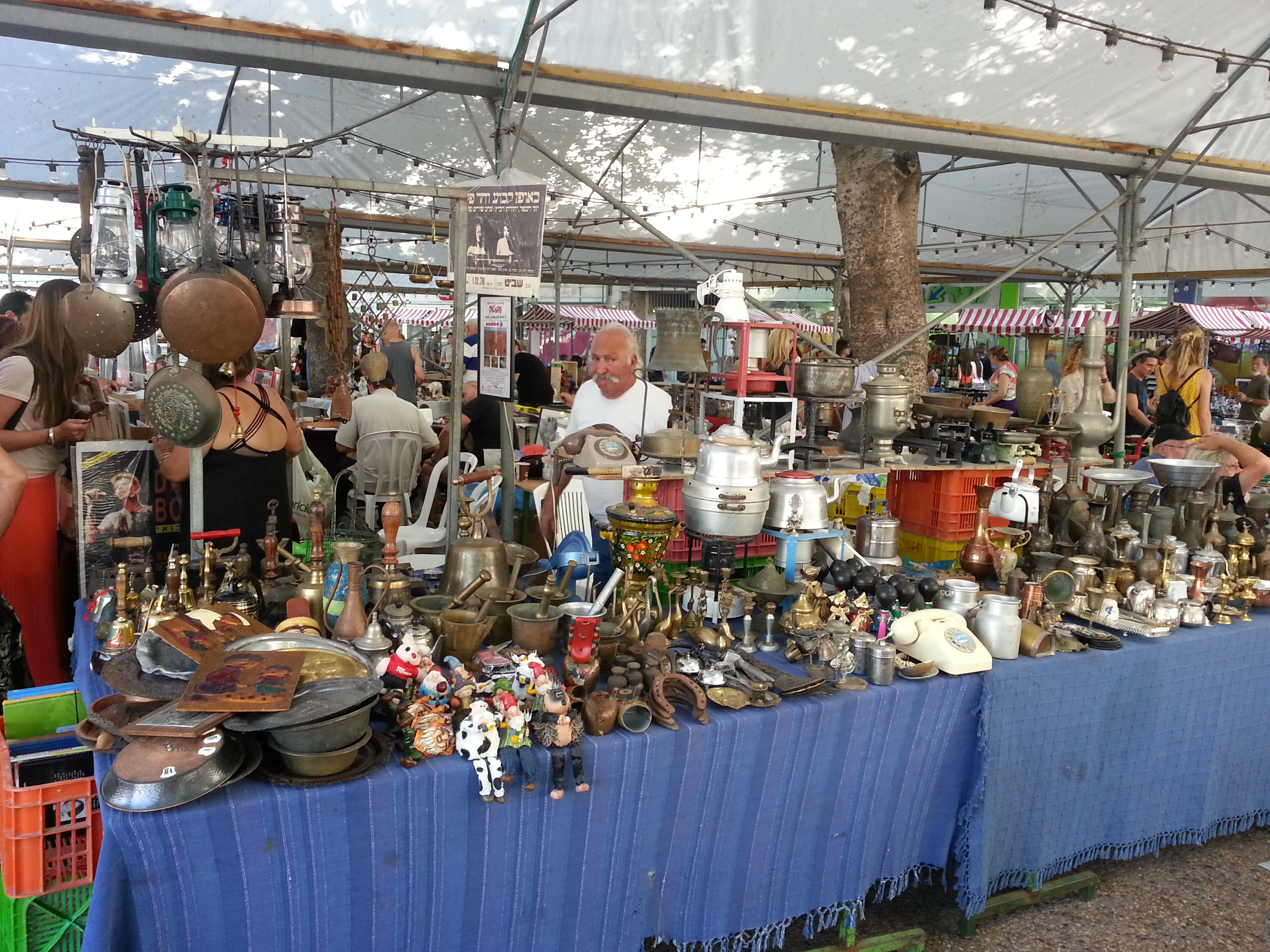 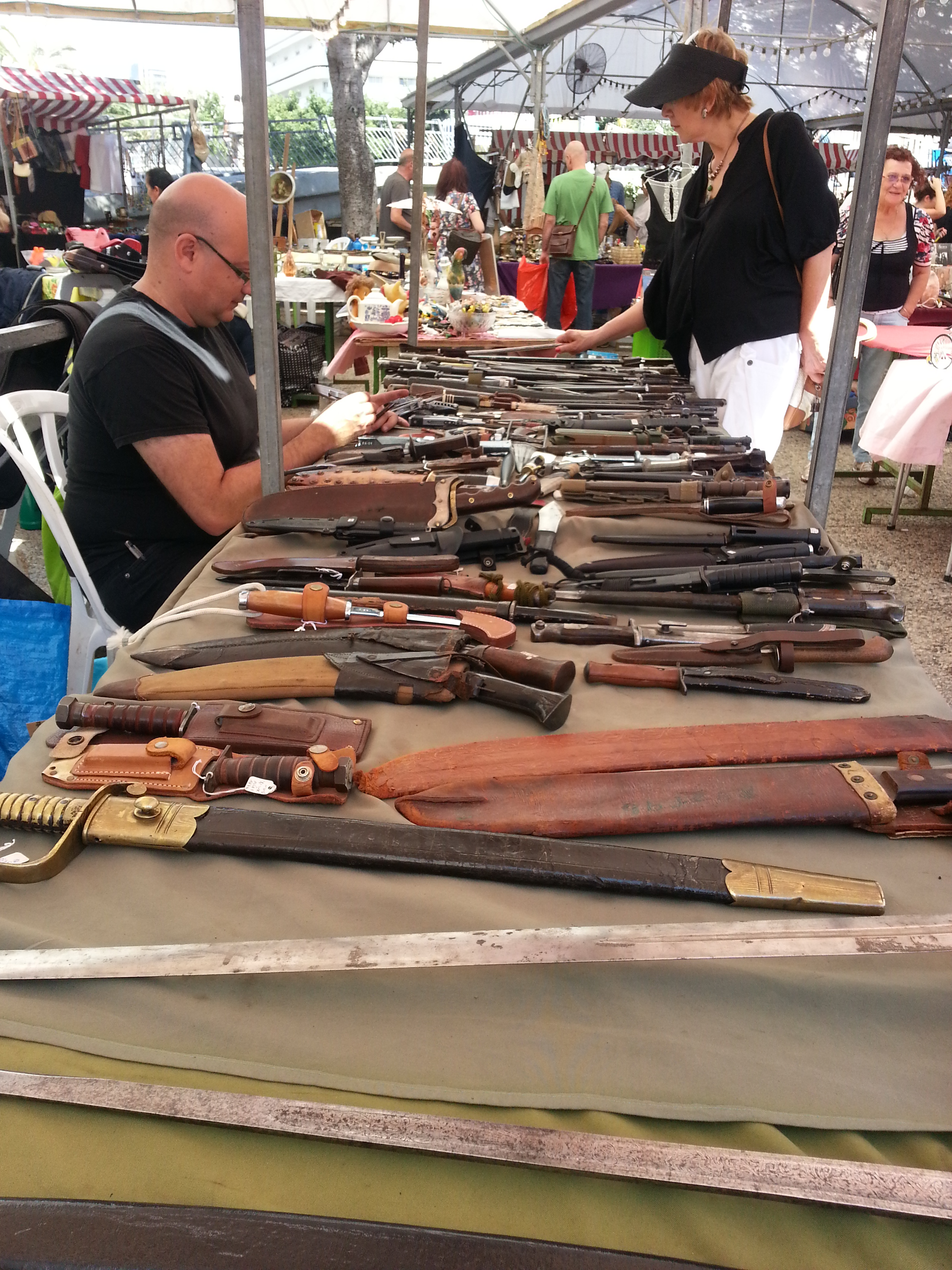 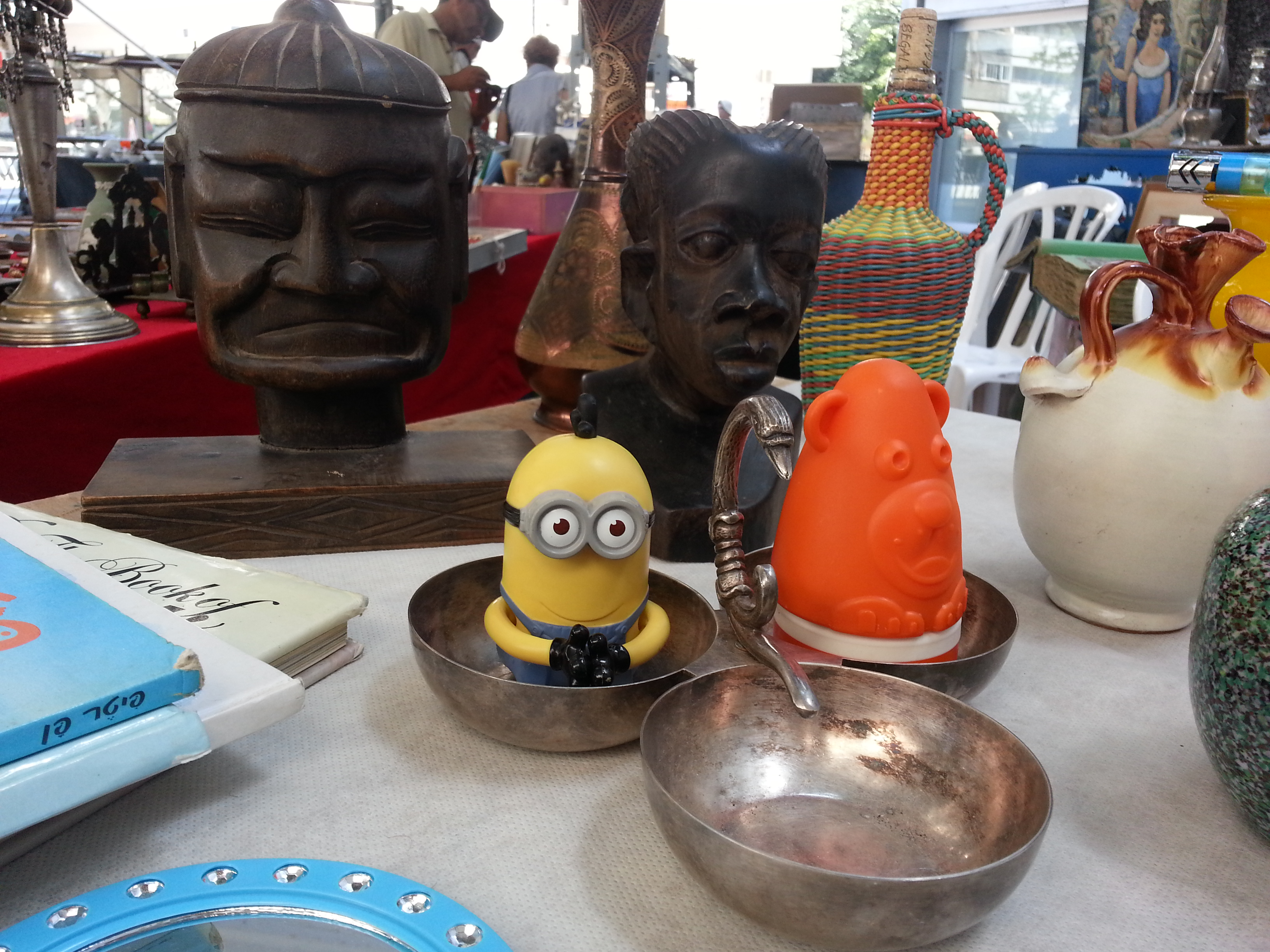 A familiar face…and some not so familiar 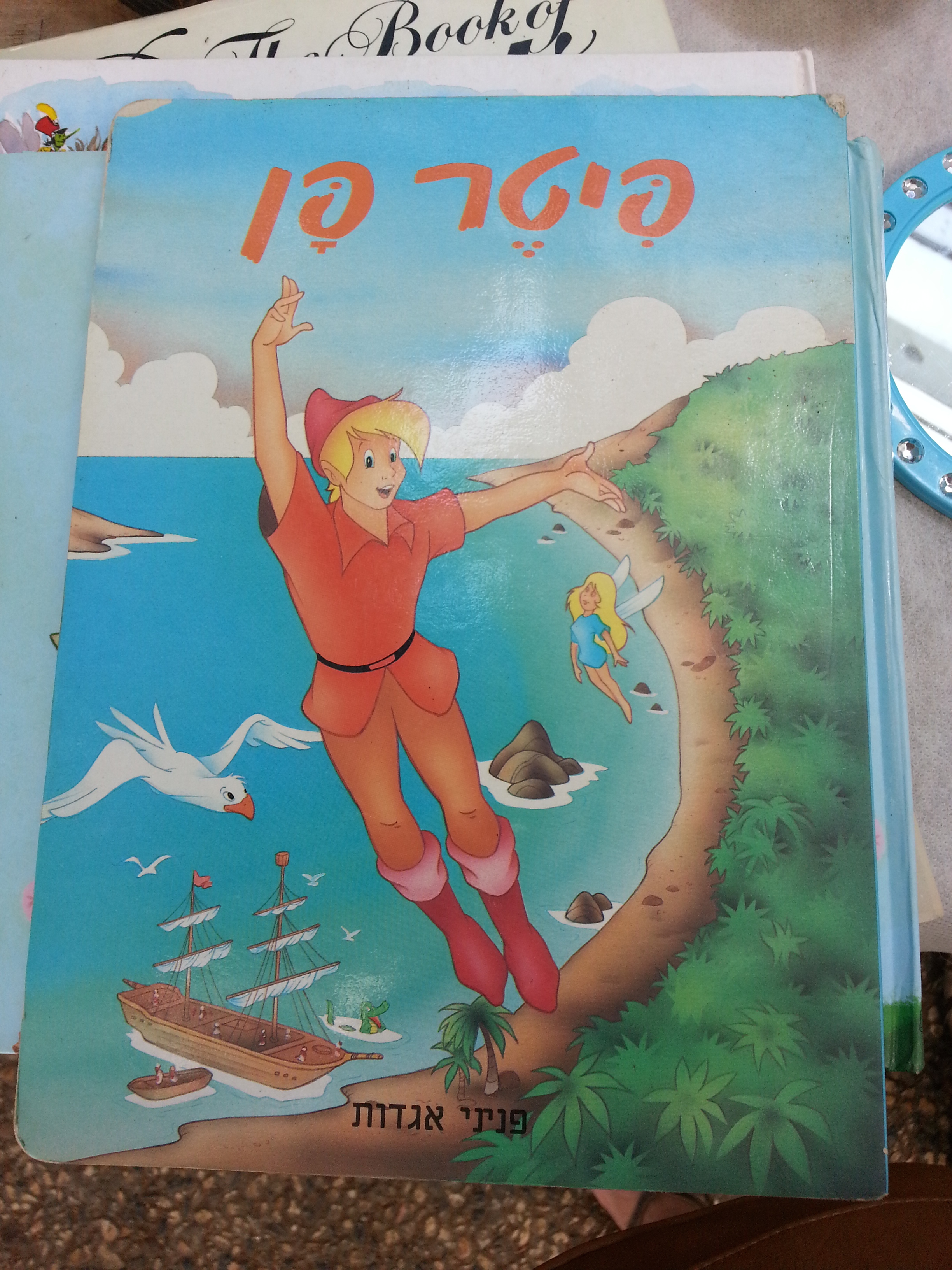 The title says ‘Peter Pan’ if you couldn’t guess 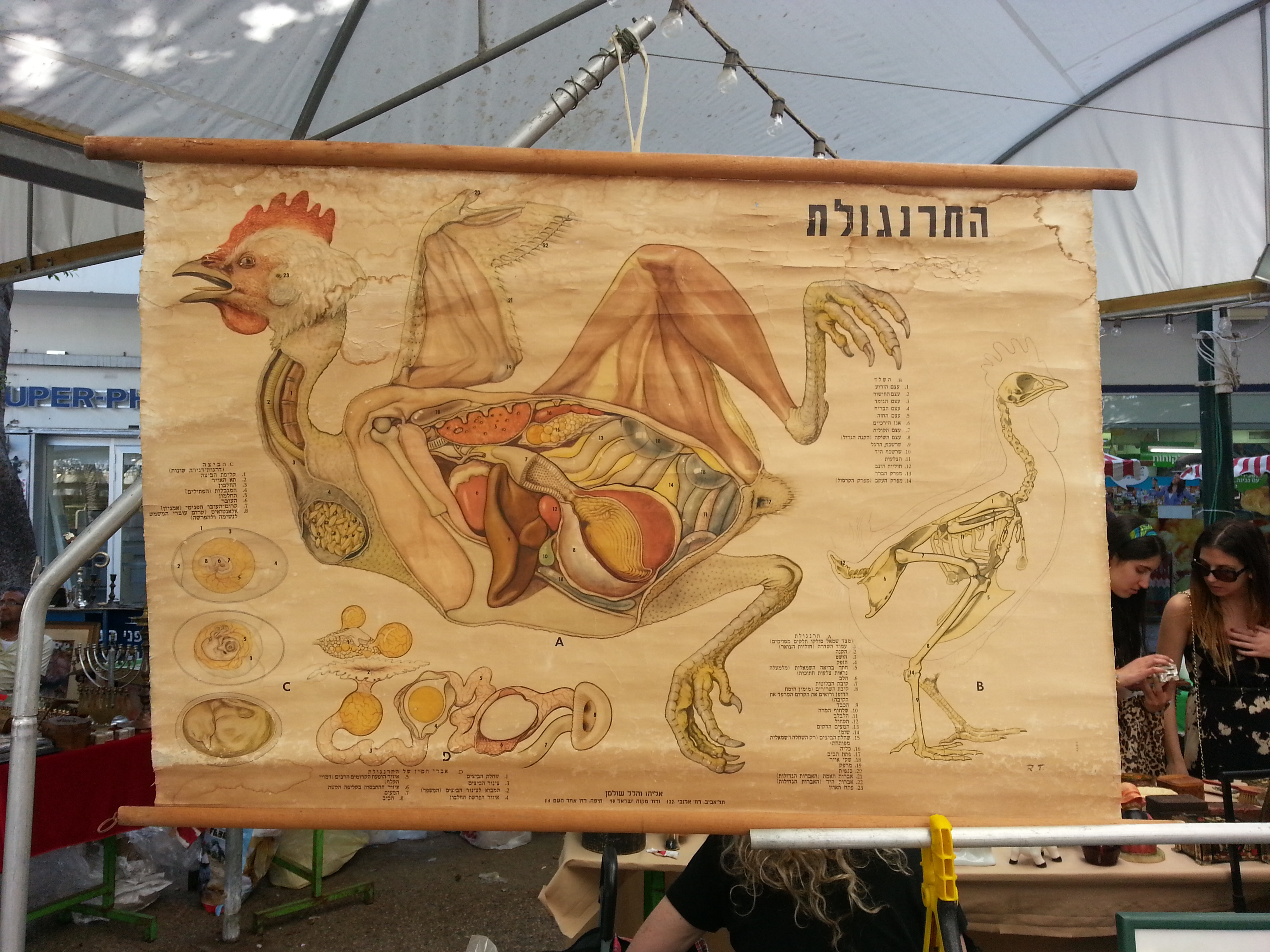 Make of this what you will 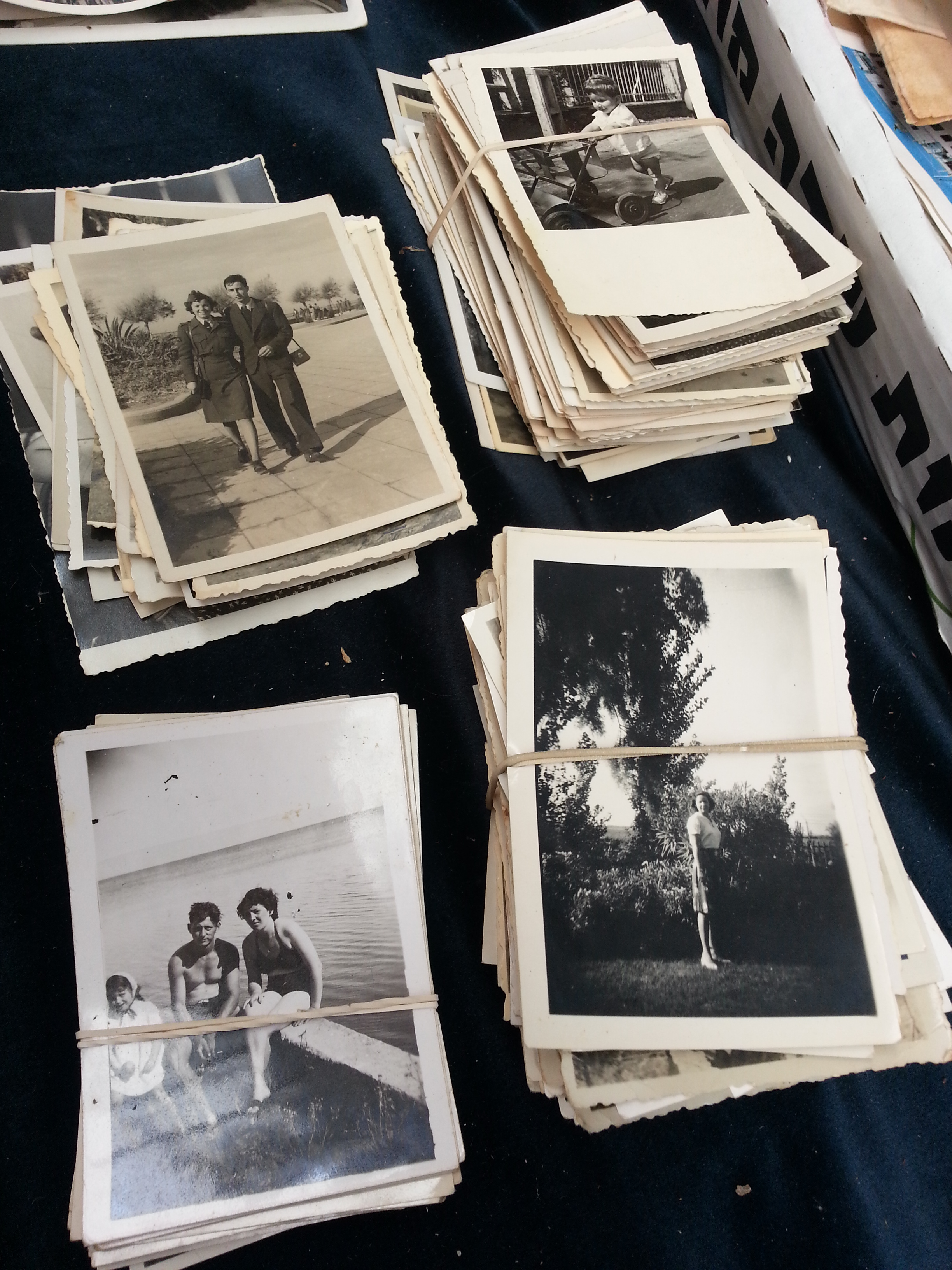 Old family photos from over 60 years ago 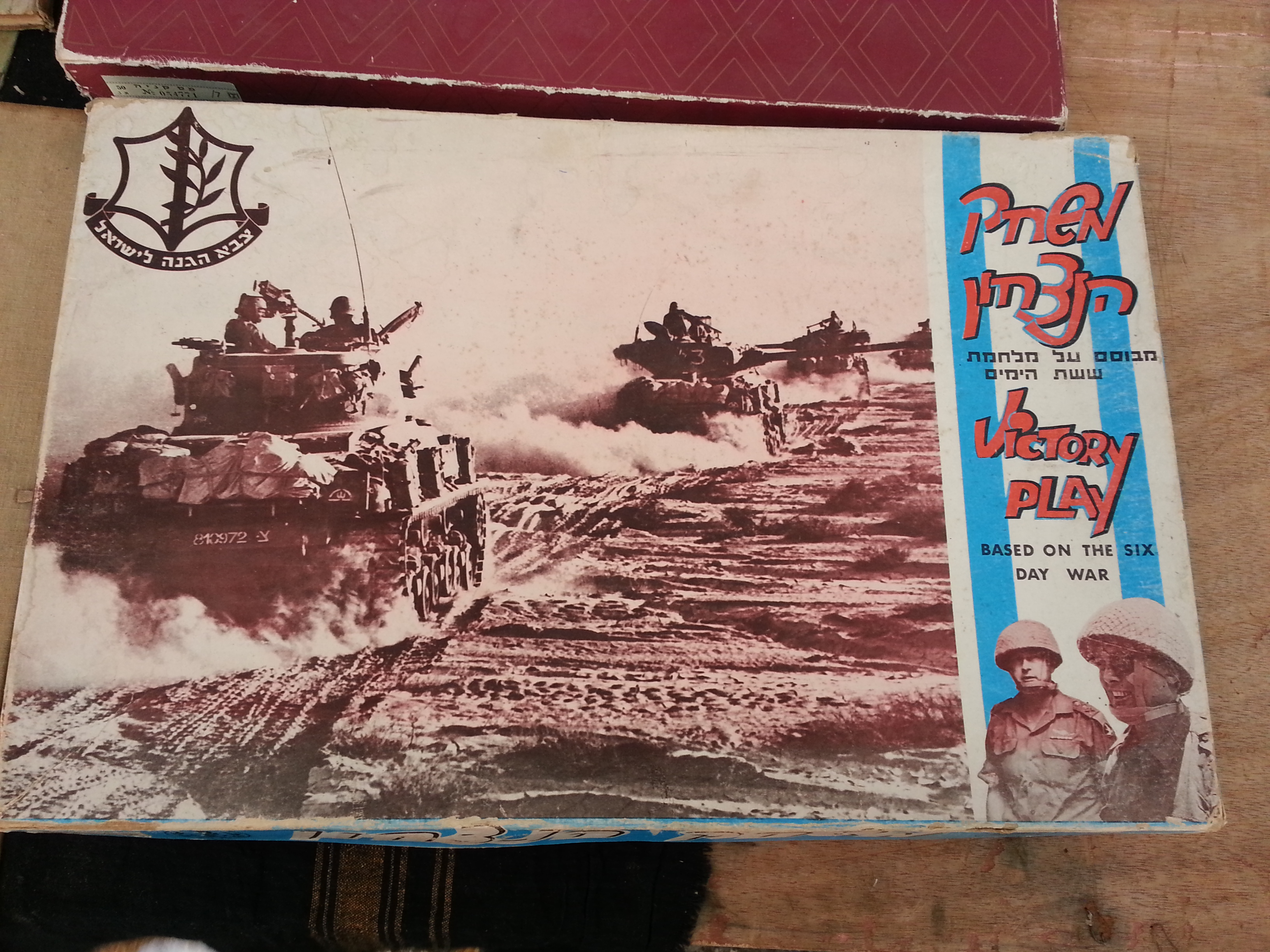 This ain’t no Settlers of Catan 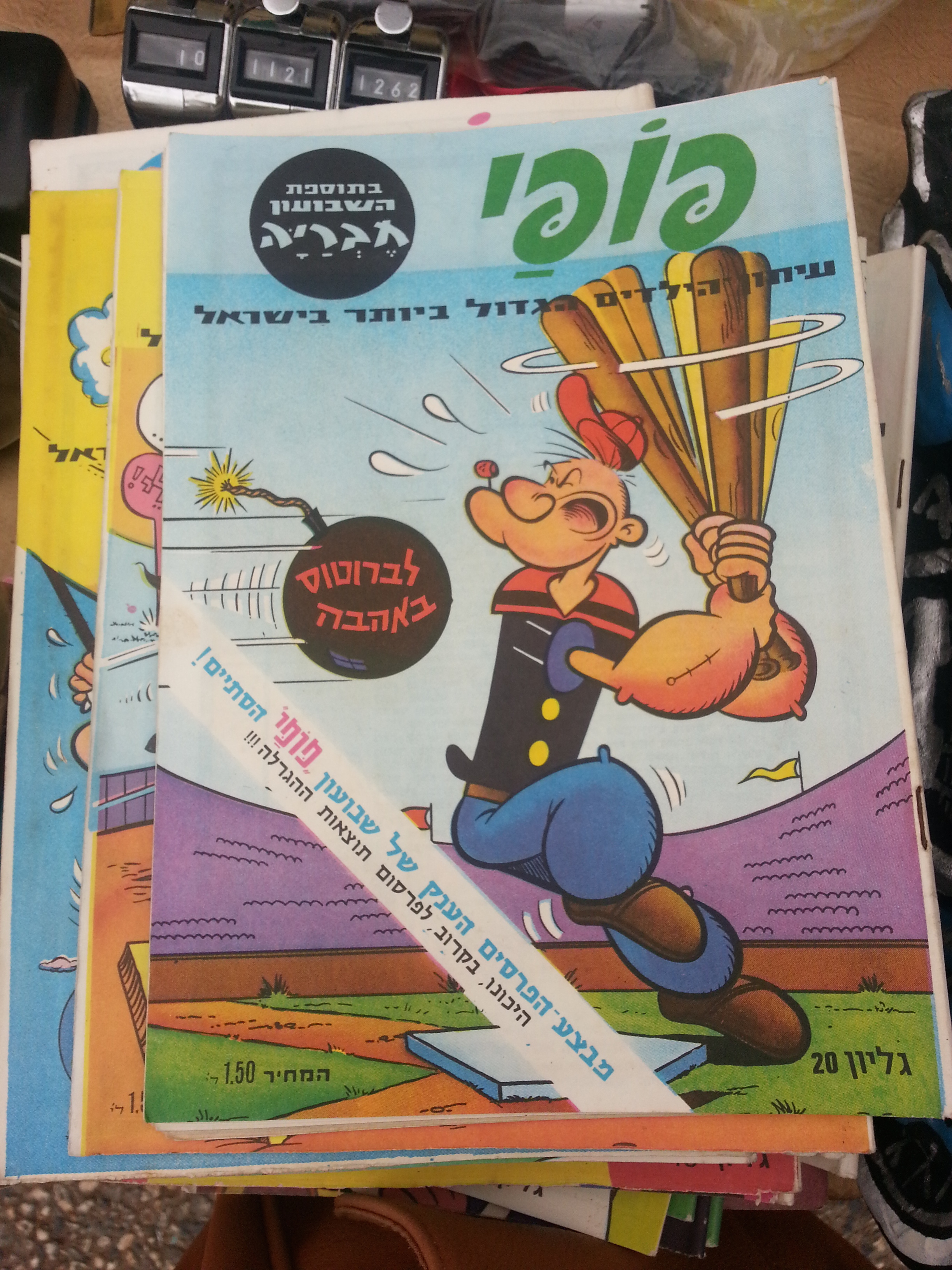 Popeye comics surfaced in the shuk

Overall though, I can say that my favorite find of the day was a certain British boy wizard translated into Hebrew. 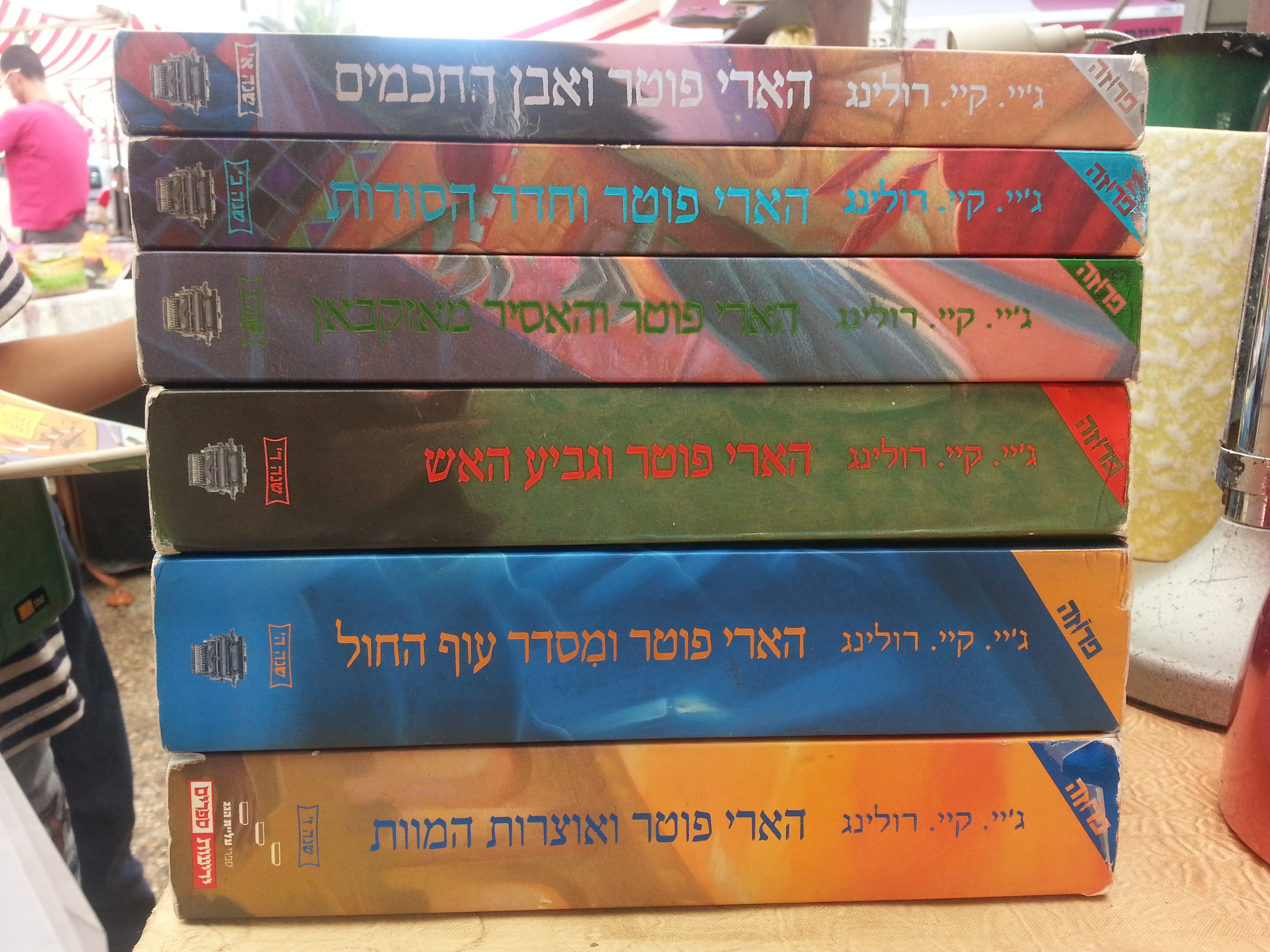 Can you tell which book is missing by title or by spine color? 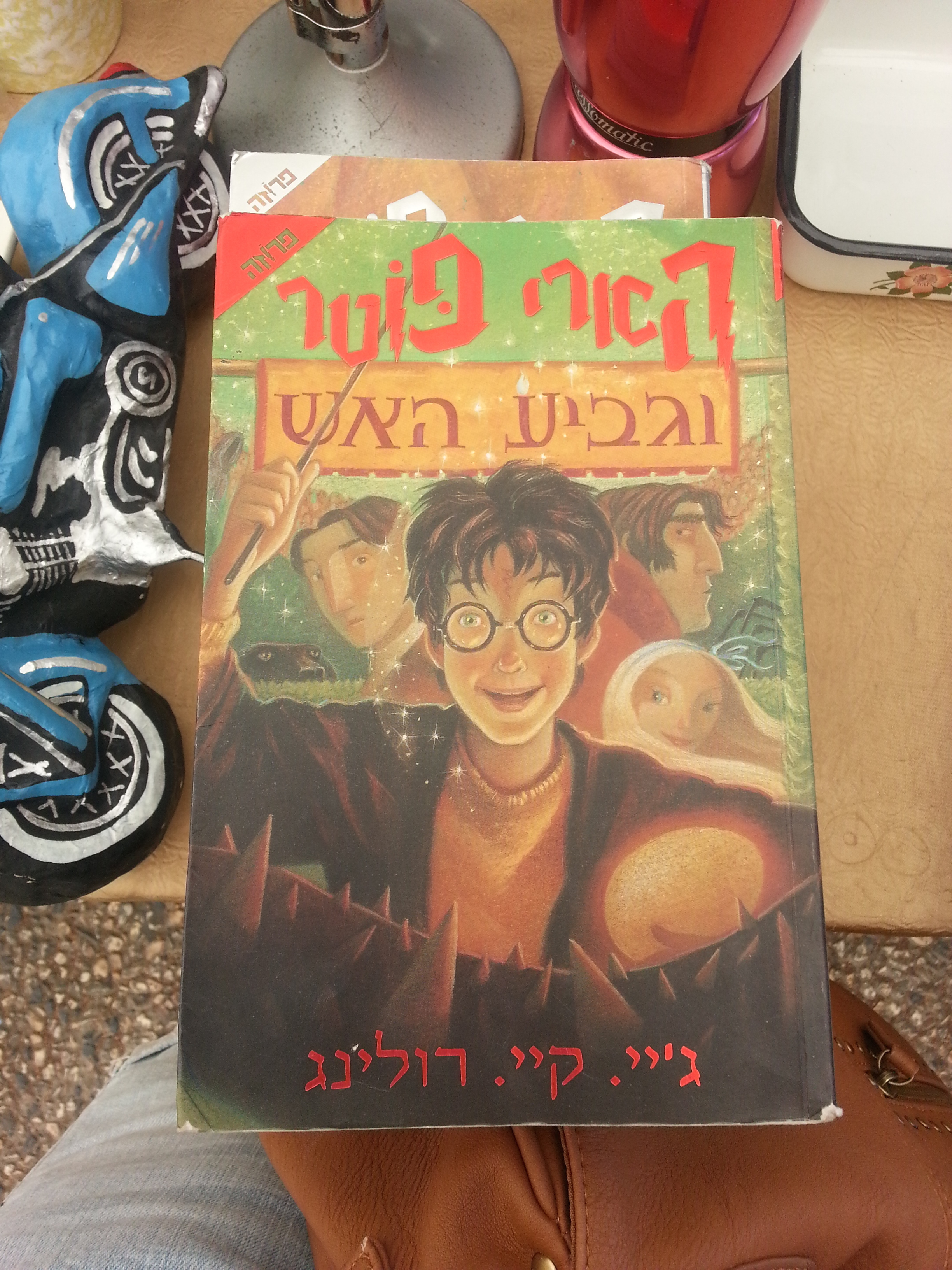 My favorite Harry Potter book in all its translated glory

I love that they even managed to fit the lightning bolt into the letters of Harry’s name though the title is in a completely different alphabet — or should I say, alefbet. Just one example of the crazy amount of fonts I’ve seen Hebrew written in on shop signs and more since arriving in Israel. As a typography nerd, my mind is spinning.

So my second Friday in Tel Aviv came to a close with a smile of satisfaction, eyes (עיניים) full of wonder, and ears (אוזניים) still getting accustomed to hearing Hebrew 24/7.

This post may seem out of the blue, but I’ll write again soon with more details on my first ten days in Israel, my internship at Google Tel Aviv, and insight on living in a new country with a child’s grasp on the language (I’m learning more every day, I promise!).

Hebrew words are read from right to left.